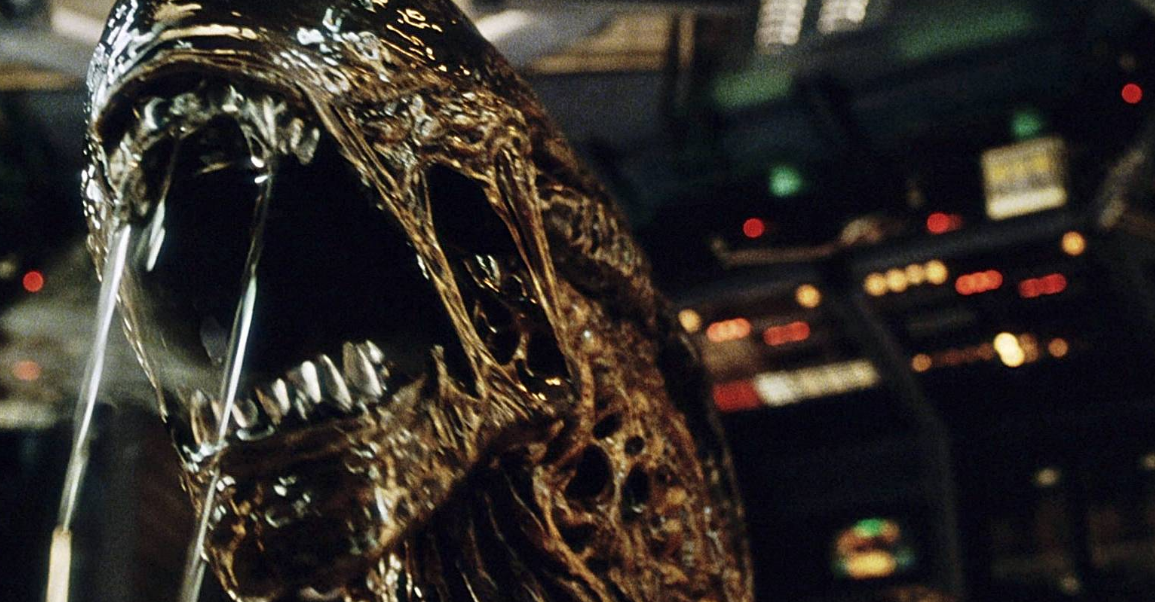 Alien: Resurrection isn’t a great movie by any stretch of the imagination but I had a good time with it and the gore alone made it worthwhile.

Plot: 200 years after her death, Ellen Ripley is revived as a powerful human/Alien hybrid clone who must continue her war against the Aliens.

Review: And so we come to the final Alien movie; the widely reviled Alien: Resurrection… which I actually quite like. I can totally understand why people dislike it but I love the visual style of it and it has some inventive gore too.

Ripley is back as a clone but she’s a very different person/creation because she is essentially half-alien too. Rather than wanting to wipe out the newly bred aliens, she’s not at all bothered because she is now one of them. She’s kinda creepy and you aren’t sure how to feel about her as her personality is very different from before.

It feels more like the second movie as it is more of an action movie with a group of people fighting for survival against the fiendish xenomorphs.

I think the highlight of the film is “They Swim” where we discover that the aliens can indeed swim and take out a few stragglers along the way. The idea of being trapped under water is bad enough but throwing in the most terrifying creatures of all time, only adds to it.

Ron Perlman pretty much steals the movie as the likable tough guy/pirate Johner. Winona Ryder is the robot this time around and she can’t understand why Ripley doesn’t want to die, being what she is.

The legendary Michael Wincott even makes an appearance but sadly doesn’t last too long. The acting in general is decent although a bit overly theatrical in places.

The effects for the most part are good but there is the odd ropey CG moment; the aliens are at their best when they are done with animatronics or people in outfits.

There is plenty of humour but it also has moments of tension too.

I’m still not sure how I feel about The Newborn which is just a bit too weird a creation. You do feel mild pity though as it is sucked out into space. It looks rather sore.

The score once again doesn’t live up to James Horner’s classic music but I do like the music; it has a slinky almost sensual sound to it as well as being creepy at the same time.

Overall, Alien: Resurrection isn’t a great movie by any stretch of the imagination but I had a good time with it and the gore alone made it worthwhile.