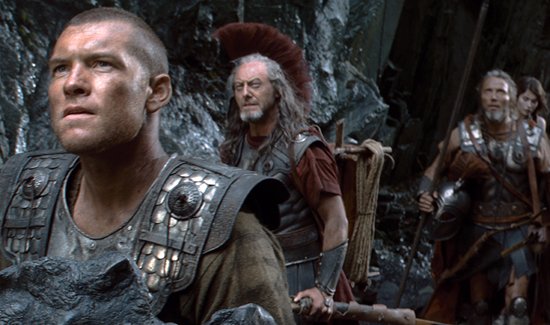 Slot gaming has been around for many years, with the clunky old mechanical three-reel machines associated with the ‘older generation’ of gamers, particularly in Las Vegas and high street arcades in the UK. Since online gambling took over in the late 90s however, slot machines have changed massively, with designers now offering complex, engaging games that keep players interested for hours at a time. A key feature of modern virtual slots is the theming and sound effects used to keep things fresh and exciting, with many online casinos relying on product and movie tie-ins to try and win over new customers.

A popular genre that translates well to slot machines are actions films. Casinos want their slot games to be fast-paced, with recognisable movie elements and plenty of excitement to keep players feeding their coins in search of more action. There are now hundreds of slot game tie-ins, some of which offer brilliant jackpots and theming to get fans pumped up. We’ll be taking a look at some of the best action movie-based slots on offer.

Clash of the Titans

The 2010 remake of the 1981 classic sees Perseus going up against the Greek Gods in this epic fantasy thriller full of terrifying creatures and huge battle scenes. The film itself did well at the box office and spawned a sequel, Wrath of the Titans which featured even more action. The movie inspired Clash of the Titans Slot, complete with character wild cards and free spins galore. The game has great graphics and an immersive soundtrack, complete with roaring Kraken!

The ultra-successful video games spawned a successful series of films based on the bald, barcoded assassin, featuring plenty of gunplay, explosions and nail biting fight scenes. The slot game revolves around Agent 47’s weapons of choice, including dual pistols and sniper rifle. Matching wilds across the 15 paylines unlocks some cool animations and the graphics and soundtrack match the dark and moody tone of the games and movies really well.

Robert Downey Junior kicked off the first in the series of the mega successful Marvel film adaptation series, with his witty, dry take on Tony Stark winning fans over from the get-go. The movie was a whirlwind of explosions, exo-suit fighting and car chases and the slot game emulates this with plenty of recognisable movie scenes and emblems popping up across the reels. With stacked wilds and a huge coin bonus, fans of the Iron Man movies will have plenty to get excited about when playing this slot.

Al Pacino entered pop culture history with his stunning portrayal of immigrant gang lord Tony Montana. There are so many memorable scenes and violence, action and fighting galore. The movie’s most quotable scene is faithfully brought into the slot game tie-in, with the aptly named ‘say hello to my little friend‘ bonus round offering free spins and huge coin payouts. The scatter symbols have plenty of recognizable movie scenes and the whole game does a great job of taking players to 1980s Miami.