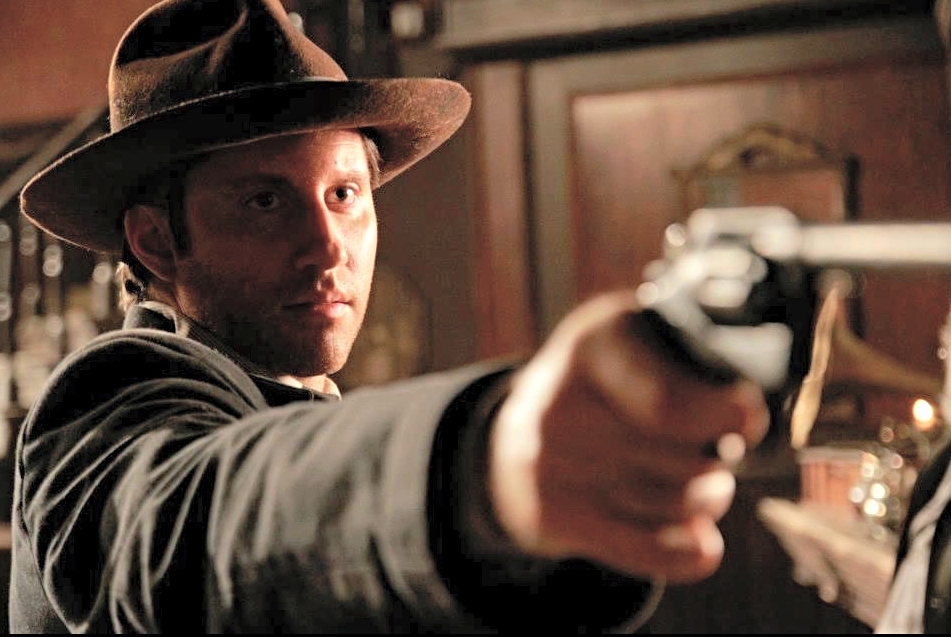 Dan Cade has starred in numerous TV shows and movies from Knightfall to Metal Hurlant Chronicles and The Hard Way starring Michael Jai White and Luke Goss. Dan stopped by to chat with me about The Hard Way and his career.

You’re in the new actioner The Hard Way with Michael Jai White and Luke Goss where you play Tony Zito; how did you get involved and what was it like to work on?

I got involved with it when the producer sent me the script and asked if I wanted to try for the role of Tony Zito. He said it was a good role and I’ll get kicked through the window by Michael Jai White and I thought “yeah, this is cool!” so I did a self-take/an audition just to send it to him to show what I can do with it as this mafia character. So he liked it and the director Keoni Waxman confirmed me for the role and literally a couple of weeks later I was on set in Romania which was great. I met with Michael Jai White and we went through the scene and it was really good. I didn’t get to do too much martial arts to be honest with you; no kicks or anything because the mafia characters tend not to know the martial arts. Again I didn’t get the opportunity to show that unfortunately but it was a great opportunity to work with Michael Jai White and have some good dialogue scenes. It was fun doing the fight scene though as he has to win so I get beaten up but it was pretty cool (laughs). Keoni Waxman really knows how to shoot the action which is really slick and quite fast paced; it was awesome to work with him.

Yeah, he’s an actor’s director; he does takes from loads of different angles and he really gives a chance for the actor to settle into the role and then goes over the character and knows exactly what he wants. We didn’t just concentrate on the action; obviously we did the fight scene but he knew how to shoot it for the cameras as it was quite a small space where you can’t move out of frame too much so it was a good experience with that. It’s more than just the dialogue and character he works on so he’s really great and gives you the time and discusses things with you. He wants to make everything look good and it was pleasure to work on.

I think this may be one of his best films; how was shooting in Romania?

It was cool shooting there; we had a great crew who were really efficient and they knew what they were doing and knew all the setups, how to work the camera and lighting and making it all look good for the action. It was a great experience actually. I’d worked there before on a different project called Metal Hurlant Chronicles; funnily enough Michael Jai White wasn’t in my episode so we worked on the same project but in different episodes.

How’d you find working with Michael Jai White? Isn’t he the nicest guy?

Yeah! To be honest with you I do a lot of these big budget TV shows and I work with people like Orlando Bloom and people like that on Carnival Row. When I worked with Michael Jai White it was quite a surprise because he likes the other actor to do really well. He wants to get in your shot so when he’s off camera he still gives a full performance. He made sure Keoni got the right shot for me at the end to make the scene look good. He takes the time for the other actors which is great as on these big budget TV shows the actors don’t really do that but he really took his time to make sure everyone looked great.

Do you find indie pictures there’s more freedom than on the bigger budget fare?

Yeah definitely; when I work with Keoni on this action movie there was so much more freedom and a lot more time with a lot more takes where we were really concentrating on the scenes. Once you get a take done there’s loads of freedom to try different things with the character like things that could work or might not. I felt a lot more freedom as the crew were slightly smaller compared to these other big budget series where you don’t get much time and the crew is so big. So you get a few takes then you gotta move on so it’s completely different.

You get kicked out of a window in The Hard Way; did you do that or was it a stunt man?

(laughs) No they got a stunt guy to get kicked out the window; I had a chat with Michael Jai White and he asked me if I wanted to do it as he was kicking at full pelt and I said “no, it’s OK you can do it to the stunt guy (laughs)”.

Do you like to do your own stunts as much as possible?

I like to do the martial arts and the fighting; I know how to do it in front of the camera and keep it in frame with the rhythm and everything. I like to do that but the things I’ve been doing have been more sort of dramatic or using weapons. Recently I came off Knightfall where I was doing horse-riding and sword fighting but I generally prefer to do my own stunts as much as possible. The more I get the opportunity to do martial arts would be great as I’ve already got that skill set but just never really been able to showcase it on screen. I was hoping with The Hard Way I’d get to have more action stuff with Michael Jai White as I really want to get into that market a little bit more.

You’ve done several period pieces like Knightfall; do you tend to enjoy putting on the costumes to get into the characters?

Funnily enough when you put on the costumes and you’re on the set it really helps; Knightfall was a really big set with horses so it really helps you get into that time period and the character a lot easier than rehearsing it with no costume and no set. It’s the same with The Hard Way as well; when you’re putting on the mafia clothes and your movements definitely helps the character.

Do you find you are a method actor who stays in character on set or can you just switch it on/off between takes and chill out?

So you don’t go full on Christian Bale?

(Laughs) No! I definitely don’t go full on Christian Bale. 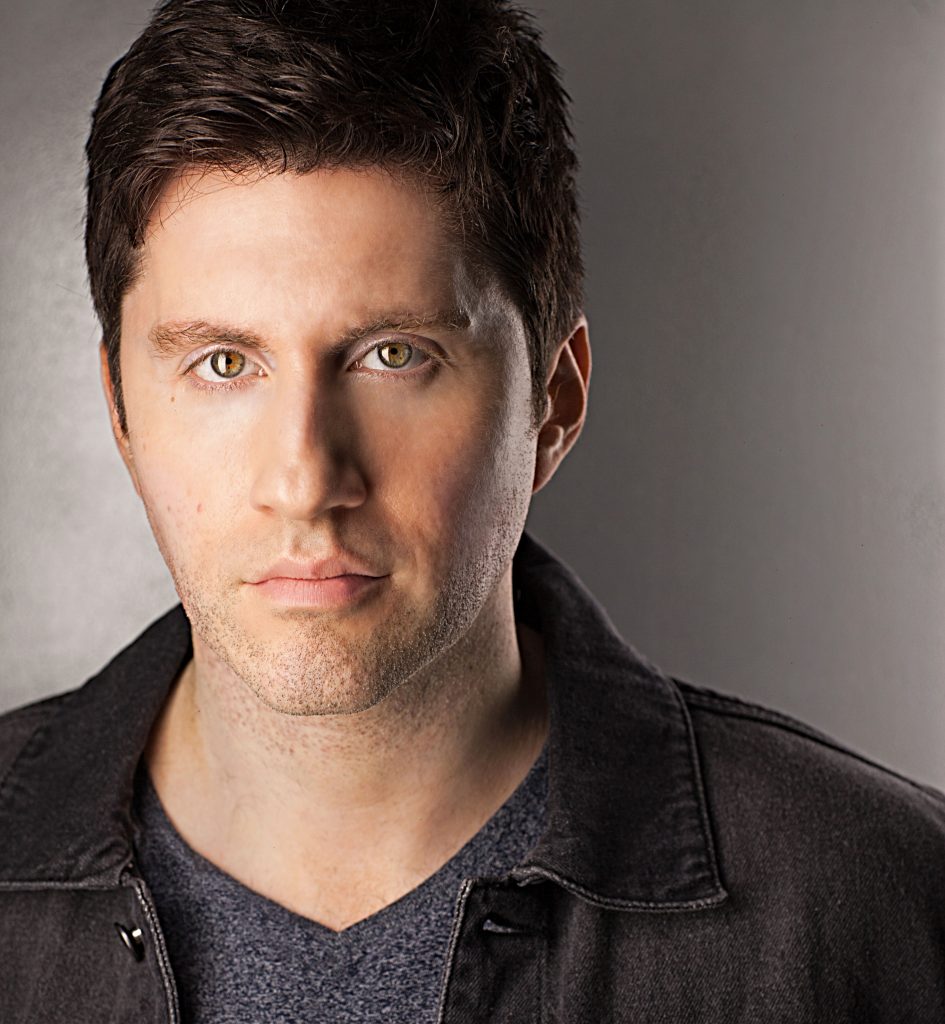 Can you tell us a little about Intrigo: Samaria?

So that’s a trilogy and Ben Kingsley is in it; it’s from Daniel Alfredson who directed the Dragon Tattoo trilogy; he’s a really good Swedish director. It’s a dark mystery and a three part film. Jemma Chan is also in the first one and I think it’s been picked up by 20th Century Fox so it’s quite a big trilogy. It’s coming out later this year so that was really good. I love working with the Scandinavian directors cos the kind of quality of their shows is really high end. I like doing that as it sets my acting and experience profile into the higher range with those kind of shows. I like that quality of work. I’ve also just come off a show called Atlantic Crossing which is also done by a Scandinavian company and Kyle McLachlan is in it from Sex and the City & Twin Peaks and Sofia Helin from The Bridge so these are all quite high end Scandinavian dramas and US dramas as well so they are really good to showcase the acting chops.

I love the concept of Carnival Row, for those who don’t know can you tell us about that and your character?

So Carnival Row is a series from Legendary and Amazon; it’s a dark fantasy series where it’s got two leads – Orlando Bloom and Cara Delevingne; I don’t want to say anything else about the story though. It was pretty great to work with Orlando Bloom & Cara Delevingne with great directors, sets and costumes. Pretty good stuff actually.

I imagine there will be visual effects; do you like working with special effects or do you prefer things practical?

I like things more real to be honest with you but I did this one show where I had to have a blood squib on my leg and the guy was pulling a remote control so it looked great when I got shot in the leg as the bag just burst and it looked real. It can be a lot of fun actually and it’s pretty cool depending on the special effects (laughs).

You’ve shot all over the world; any favourite places you particularly love working?

Yes! I shot a movie in the Philippines which was pretty cool; that was a great place to shoot and was different as it was a good experience to get the Eastern way of not having a trailer and everyone mucks in together. It was completely different to the West but I also love shooting in places like Prague. I’ve shot a lot there but I’d love to shoot in LA at some point. I haven’t shot much in the US but mostly Eastern Europe and those places. 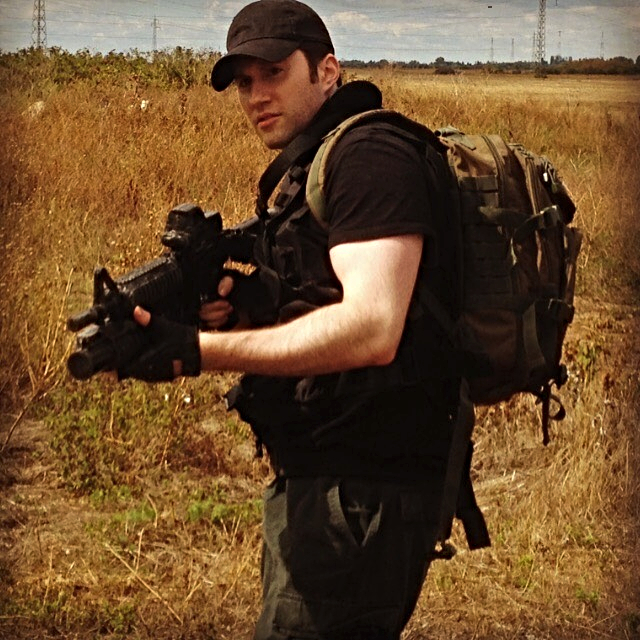 Do you have a big dream project you’d like to work on?

There’s a lot of these US shows and I’ve done a few NBC shows but I’d love to get on one of those series regulars where you go for a pilot and it gets picked up for 13-20 episodes. That would be great! It’s really just getting one of those pilots and getting it picked up so I’d love to do something like that.

Yeah, that would be excellent! I’ve done a lot of that so I kinda get cast a lot in those kind of roles so it could be rather epic.

You’ve worked in TV and movies; any preference?

To be honest I do like them all; what I was doing with Keoni Waxman on The Hard Way, I prefer those kinds of movies. Even though they are lower budget like you say it gives you more freedom, character development and more focus and time to work. I prefer doing those kinds of projects but I like them both. They’re both exciting in different ways but there’s that bit more time you can spend on your character with independent features. It’s more hardcore, like guerilla filmmaking.

Me too, I love those sort of films. I always wanted to do that and is what I set out to do at the start; I thought I could get into that by building up my acting credentials and showing that I’m an actor and not just a guy who does martial arts. It’s what I’m really wanting to do and I’d love to work with people like Jesse Johnson and Isaac Florentine.

Punching people in the face is more fun anyway…

Any plans to write and direct yourself?

Yes, I have written something actually; a script but I’ve not taken it forward too much yet. I would like to write more but I’d need a few more years’ experience to do directing which would also be pretty cool.

Thanks so much for chatting and all the best; hope to see you kicking more as onscreen soon.