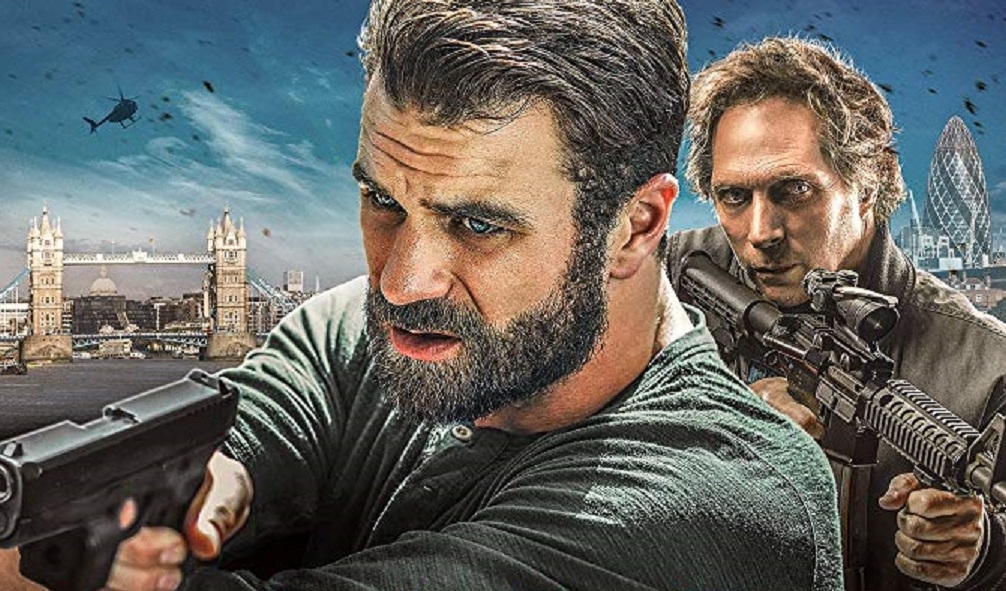 All the Devil’s Men delivers the action goods with some impressive shoot-outs and knife fights and an interesting new face in action in Milo Gibson.

Plot: Jack Collins (Milo Gibson) is a war-junkie and former Navy SEAL turned bounty hunter who tracks down terrorists as part of the CIA’s outsourcing to private companies. Battling personal demons, the powers that be think he is becoming a liability so his CIA handler Leigh (Sylvia Hoeks) offers him one last chance to keep fighting, sending him to London for a job. There, he finds himself part of a three-man team tasked with hunting down a disavowed CIA Operative called McKnight (Elliot Cowan) before he procures a WMD from Russian gangsters and disappears. Together, Collins, Brennan (William Fichtner) and Samuelson (Gbenga Akinnagbe) find themselves locked in urban tactical combat with a former colleague, Deighton (Joseph Millson), and his private army, hired by McKnight as protection. Both sides fight smart and as casualties and betrayal mounts on both sides, Collins refuses to be defeated as he battles his way to an explosive climax.

Review: With a title like All the Devil’s Men you have an idea straight away that there won’t really be any heroes in this movie. Milo Gibson (son of Mel) is our protagonist Collins who is every bit as ruthless as the villains of the piece so there are shades of grey throughout where you are questioning who is really good or bad.

Gibson brings the same brooding intensity his father has but he also reminds me a little of David Harbour (Hellboy) too coming off as an interesting new face in the genre. Collins is addicted to pills and his job so you wonder if he ever really wants to go home to his wife and kid or will he stick around to “fight the good fight”.

The supporting cast includes William Fichtner who is sadly underused in a small role but what time he is on screen never disappoints and Sylvia Hoeks convinces Leigh who runs the operation wanting revenge on the main villain McKnight (Elliot Cowan) for killing her father.

Joseph Millson is one of the other main bad guys Deighton who was formerly Collin’s friend but greed took over and he now works for the highest bidder.

Although there really isn’t anyone to root for you do take to Collins as his dedication to his job is admirable and he’s also rather badass. Considering the movie’s budget it has some impressive action scenes including fist/knife fights, shoot-outs and chases. It has a constant air of tension with double cross after double cross so you are never quite sure where it’s all leading but you know there is going to be a pile of bodies by the end.

Some of the dialogue is clichéd with lines like “I work alone, you know that” amongst others although there was a nice nod to Predator with the line “Deighton! You son of a bitch!”

At one point there is a not very subtle billboard in the background which says “666” just in case you are forgetting who really runs the show in this tale.

Overall, All the Devil’s Men is a gritty R rated action thriller with no shortage of set-pieces and an interesting lead in Milo Gibson who is someone to watch and I look forward to seeing what he does next.