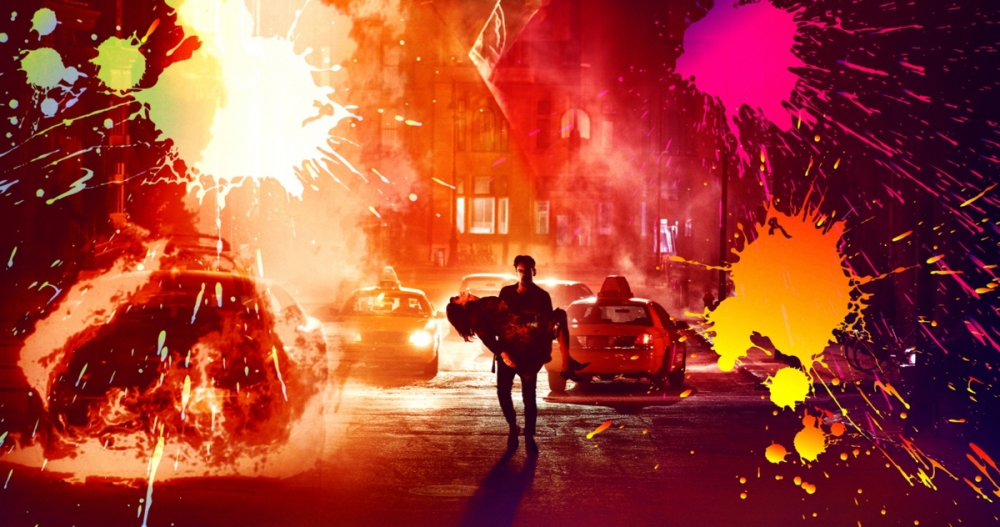 American Night is refreshingly different with some original ideas and some enjoyably bonkers action. It won’t be for everyone but it has its moments and is worth a watch when it hits Netflix.

Plot: Art and life collide in this stylish and wildly entertaining neo-noir thriller. When a highly coveted Andy Warhol painting suddenly surfaces, it triggers a chain reaction of danger-filled events for a colorful group of characters including: a forger turned art dealer (Jonathan Rhys Meyers); a mobster and painter (Emile Hirsch) with a penchant for scorpions; a seductive museum conservator (Paz Vega); and a stuntman and wannabe ninja (Jeremy Piven). Filled with daring double-crosses and surprising twists and turns, the race for the painting comes to an explosive conclusion…one American Night.

Review: American Night may sound like a generic title for a movie but this is a surprisingly original tale with a cast including Jonathan Rhys Myers, Paz Vega, Michael Madsen, Emile Hirsch and Jeremy Piven. It’s visually striking with lots of cool neon and imaginative set design; the fact that art is used to bring the story together is something I haven’t seen before in the genre.

As you’d expect with the cast it’s well acted and Jeremy Piven is entertaining as stuntman Vincent who thinks he is a ninja but Jonathan Rhys Meyers doesn’t disappoint either as art expert John Kaplan. This manages to be not only about art but is also a love story between Kaplan and his girl Sarah while also providing various twists and turns and of course several violent action set-pieces including shoot-outs and explosions. One scene involves someone falling asleep during a taxi chase which some will find funny but others will scratch their head…. I liked it though.

It almost feels like a stage play rather than a movie as everything looks like it is taking place on a set but I feel that was a deliberate move to give it a sort of hyper-real look.

I’m not sure how much rewatchability it has and I feel like it’s an acquired taste but as a one time watch I had fun and the visuals keep you glued to the screen.

Overall, American Night won’t be for everyone but I have a neon fetish so I couldn’t help but enjoy the ride.