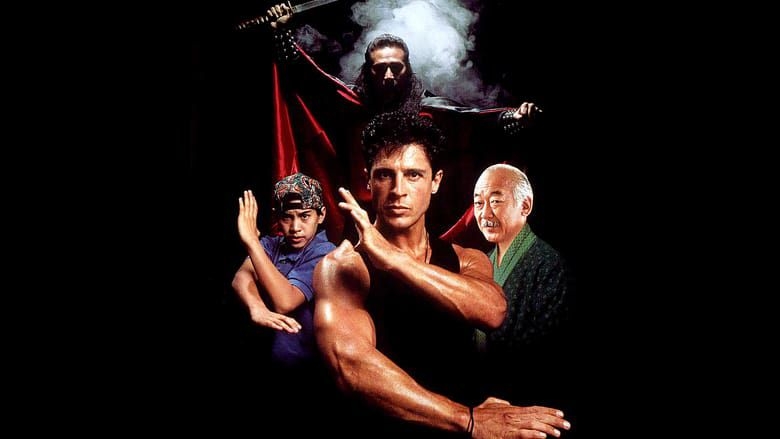 I can usually find something to enjoy in any movie but I struggle with American Ninja 5; I suppose James Lew with a cape makes it worth watching but the teenage kid is so annoying that the highlight of the entire movie is when James Lew punches him in the face and knocks him out.

Plot: When a scientist’s daughter is kidnapped, American Ninja (David Bradley), attempts to find her, but this time he teams up with a youngster he has trained in the ways of the ninja.

I rarely say that I hate a film but I think I actually can’t stand this final entry; it bears no connection to the other movies with David Bradley playing a totally different character called Joe. It’s also rated PG-13 and has more humour than all the other entries. How to kill a franchise in one easy lesson: add an annoying, smart ass teenager.

The frustrating thing is there is a half decent cast with David Bradley showing off some impressive moves during the fight scenes and the great James Lew as the villainous Viper (complete with epic cape). We also get what is essentially a cameo from Pat Morita at the beginning and end but sadly he doesn’t get much to do.

I think I would hate this movie less if they stuck to the name American Dragons rather than associating it with the American Ninja series as this just feels totally out of place; it’s like that movie Sidekicks with Chuck Norris which I admittedly actually enjoyed more than this.

It’s the longest of the series and really feels it with painfully unfunny “comedy” between Joe and Hiro (the annoying teen). The pacing really drags lacking any urgency but also would anyone really go to that much effort to rescue someone they’ve known for 15 minutes? I wouldn’t but then I’m no ninja.

There’s some tedious storyline about the bad guy making a pesticide which he wants to test on a puppy; somebody call John Wick, there’s some killing needing done!

Overall, American Ninja 5 is a painfully bad end to the franchise which should only be watched when drunk/stoned or both.