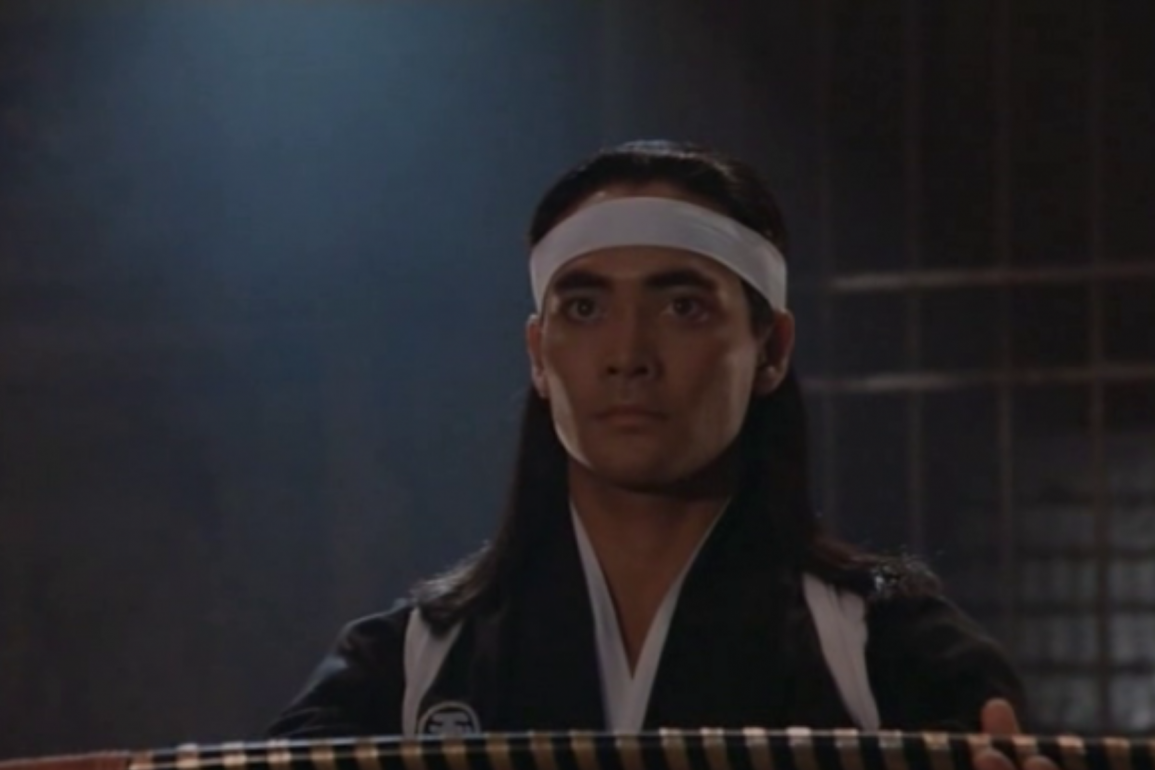 Plot: An American reporter teams up with a martial arts expert, whose half-brother is a Yakuza drug dealer to battle swordsmen from around the world in a Turkish arena.

This is a film that doesn’t get enough love; I mean it’s hilariously violent with limbs/heads being chopped off like it’s going out of style.

This was the first big role for Mark Dacascos where he plays the villain Kenjiro Sanga, a man who bitterly resents his adopted brother Drew (David Bradley).

After Drew’s parents die in a plane crash, Drew is raised by Tatsuya Sanga who trains Drew in the ways of the samurai. Kenjiro’s resentment grows because his father seemingly prefers Drew as a true samurai… which you kinda understand; I’d be angry too if some stranger came along and my father preferred him.

So the stage is set for these two “brothers” to grow into angry adults; Drew is the calm and focused samurai and Kenjirio has now joined the Yakuza. When Drew is forced to fight in a tournament he will ultimately face his brother in a battle to the death.

The fight scenes in this movie are pretty awesome and like I say, it doesn’t skimp on bloodshed either; there are various points where I was cheering at how imaginatively violent it was. Some of the other fighter’s costumes are ridiculous and I’m pretty sure that one of the opponents was in fact Conan the Barbarian.

Although it takes a little while for the action to kick in, it’s totally worth the wait and this has become one of my favourite tournament movies, alongside Bloodsport.

Some of the acting is a little wooden but Bradley is sympathetic and makes Drew come across as a controlled man of honour who has truly mastered the ways of the samurai. Dacascos has some great sword fights in the movie and really the best scenes are the ones he is in. His opponents love to show off their skills while he stands their calmly waiting for the right moment to strike.

Overall, if you’re looking for a kick ass martial arts movie with plenty of bloodshed and hilariously over the top fight contenders then you should pick up American Samurai.