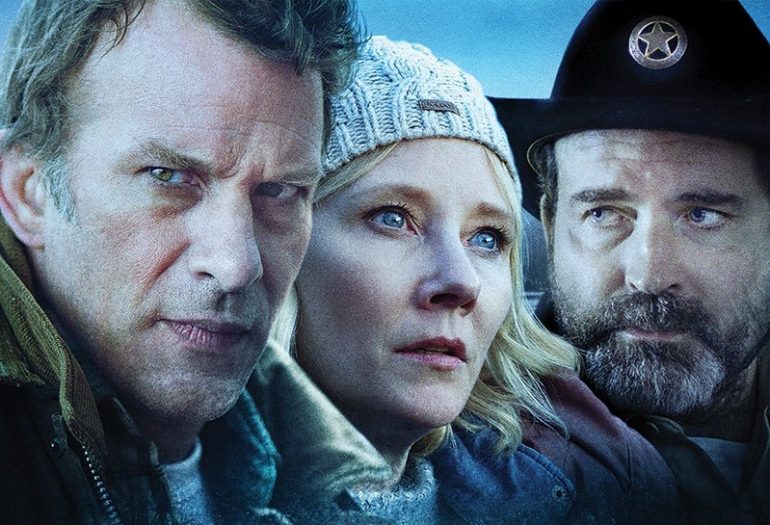 Anne Heche Interview on The Vanished

Anne Heche has had an amazing career starring in movies like Wag the Dog, Volcano, Six Days Seven Nights, I Know What You Did Last Summer and the TV series Hung with Thomas Jane. She reunites with Thomas in the new action thriller The Vanished and Anne stopped by to chat with us about the project.

Congratulations on The Vanished; I really enjoyed it and found it quietly devastating and haunting.

Wow, quietly devastating; that’s such a real compliment. It is haunting; that means a lot to me actually. It’s kind of a slow roll-out of devastation and sorrow of a couple who are mourning the loss of their daughter. I really appreciate that; not that I want to be haunting you in your nightmares (laughs) but it’s a very apt description of the feeling and tone that Peter, Tom and I were going for.

The Vanished is every parents’ worst nightmare; being a mother yourself is that what drew you to the story?

What drew me to the script was it used to be called Hour of Lead and that is a poem about the five stages of grief and mourning after a loss. I’ve lost several family members; I wanted to show people the layers after layers of breaking down the barriers that make you incapable of handling life. I think that’s what parents go through; I would certainly go through this with Peter as we went through the story. He was camping and was thinking “my God, what if something like this would happen?” The birth of storytelling is always unique where it all comes from but I wanted to get rid of little pockets of things that I feel I haven’t been able to release regarding the loss in my life. To be able to do that truthfully is of course a privilege to share that. 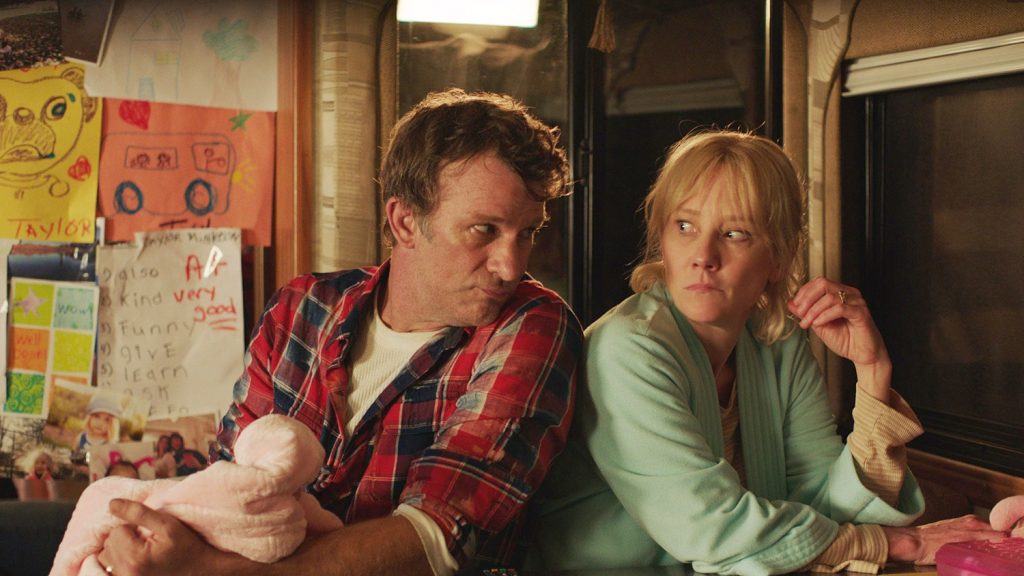 The Vanished reunites you with Thomas Jane, your co-star in Hung. What was it like to work together again?

Oh Incredible; the funny thing about Thomas and I is that Dustin Hoffman introduced us 20 odd years ago and he said “you two are actors I really want to do a movie with” so he brought us into his office and said “you both come from similar backgrounds where you’ve struggled”. Sometimes along the way as artists you need to know that you’re doing something that matters. I came from a family that was not all that supportive so he really gave us a gift and we got to do Hung several years later and this movie which I didn’t know about until I went to see Thomas. He knew how deep it needed to go and the studio wanted a much younger actress; Thomas said “I can’t do this with someone who doesn’t have the maturity to understand the layers and complexity of this. I’ll do the movie if you get Anne.” That was a surprise to me and it was a few weeks into the shoot when Thomas revealed that to me. When you do a movie like this about a couple, it’s really about perspective and it really becomes two movies – the perspective of how the story is told is one truth but the perspective when you go back and rewatch it then you understand the movie and go back as it’s completely different. You have to call on your craft a little more than just instinct and truth, you know? He and I always did really complicated specific work on Hung and I think we were able to see each other as artists in this. It’s very intimate and I’m very proud of the work as I think it’s the most complicated performance I’ve ever given.

How did you feel when you finished reading the script for the first time?

First of all one of the many things I loved about it was Peter’s writing where every single time you get introduced to a new person who could be to blame each and every one of them feels like a real person and I thought he crafted that so well. Then you get to that ending and I couldn’t believe he could tow that line all the way through the movie and then have that tremendous reveal at the end. Not only is it a thriller but it’s a love story about can love survive such a horrendous crisis and how far will you go to keep that life; which I thought was a unique way to do a thriller.

How did you find Peter Facinelli as a director?

This movie because it is about mourning and loss in the deepest way was one of the most intimate creative experiences I’ve had. We shot in that RV; there were no trailers, no outhouses – we were in the woods and we were all working in conditions that none of us had ever been in before and all of us have done some shitty independent films before (laughs) but this was full-on mind blowing what we went through but I think you could feel it in the movie too. The movie is an interpretation of the intimacy director Peter, Thomas and I had every day. It was an honour to work that closely with those people. 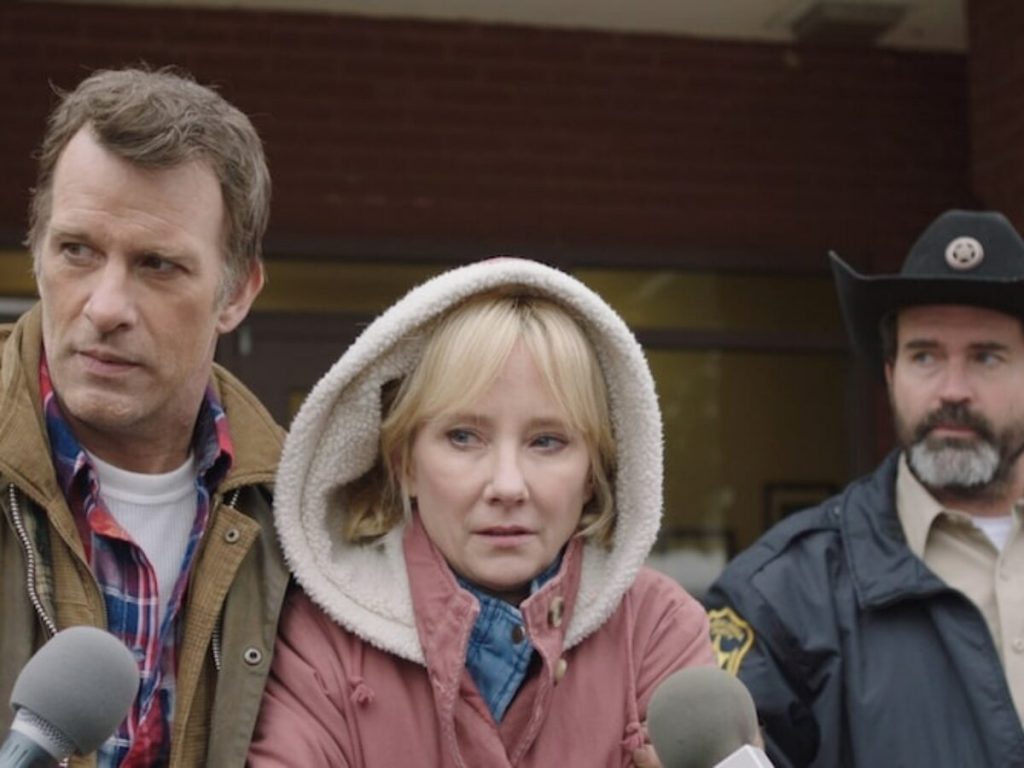 What do you look for in a script these days?

It’s hard to tell a story in a surprising way that makes you want to turn the page; if you want to turn the page then you know your audience is going to want to keep watching. First and foremost what is the story? I’ve always been an actress who looks at story first and I go into the story and start crafting the characters that can help tell that story. If the story is riveting, then it makes me want to turn every page then I have the gift of doing my job really well because I can find the character who fulfills that equally. That’s what I look for; what is it that excites me and how can I figure out myself to participate that is equally surprising to bring the character to life?

How do you prepare for a role like this?

The journey is about mourning; as this was initially called Hour of Lead (the 5 stages of grief) and I wanted to craft a performance that speaks to each one of those different stages and be true to that even though Peter changed the title of the movie. That didn’t matter because instead of looking at it in terms of a 3 act play which is what screenplays are most of the time, this is more 5 acts where if you’ve lost something personally like a child then whatever the mourning or loss is you want to be able to put it fourth as a journey that people could recognize and relate to. I went as deep as I possibly could to the worst memories of my life and thought this is the moment; if you’re going to talk about mourning (and I’ve gone through a lot with my family) then I wanted to pull it out and get to the depths so people are feeling and recognizing it by watching me.

That’s always a very difficult question because when you structure a commitment of this kind of movie and performance I know I want a release from what I know I went through; sorry I’m getting a little emotional but I would like them to release a little bit of what we hide and push down like what we’re going through right now. Everybody is facing an extraordinary crisis and allow by watching the performance a little bit of relief from what we all might be feeling.

Thanks very much and all the best with the movie.

Thanks you so much and for your compliments on the movie; I so appreciate it.