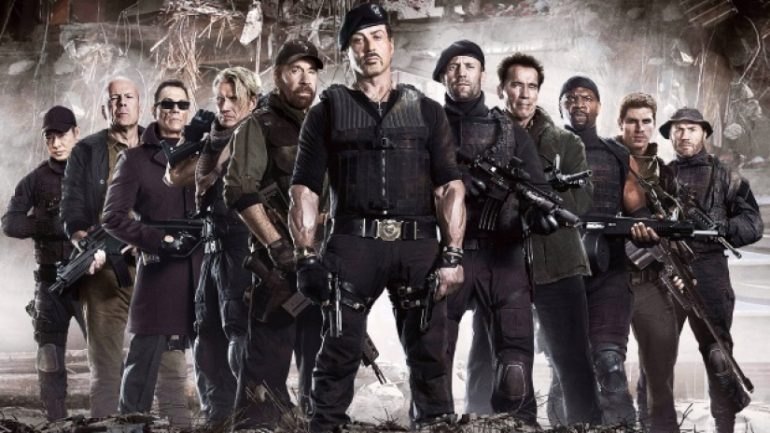 Are The Expendables Movies a Missed Opportunity?

Y’all know I love The Expendables movies, simply for the cast and the action scenes alone, which are mostly awesome. I feel like starting a bit of controversy though, just for a bit of fun and debate.

Despite my love for the movies I can’t help feeling that they should be so much better than they are. Is it just purely the nostalgia for the actioners of old that is the main reason for liking The Expendables? Sure.

The thing is if you go back and watch Die Hard, Predator, etc they all have MUCH better scripts than either Expendables movie and they still stand the test of time. Will people look back on The Expendables the same way in 20 years?

Upon watching both Expendables movies I’d have to say that Part 1 is my favourite as it has some genuinely great moments, namely Mickey Rourke’s “confession scene”, Statham beating up the basketball team and the final action scene. When I first watched Part 2 I LOVED it and still had a ball, but there were moments where I was cringing with how bad the dialogue was.

In part 2, really it’s all about JCVD who completely steals the movie. The opening 15 minutes contain some of the best action of all time and yet by the time it’s all over, I can’t help feeling that it should have been a movie for the ages. All of these action titans together on screen and they have some of the worst dialogue of all time. It’s mostly Arnie’s dialogue that is the worst, the whole “What’s next? Rambo?” Just makes me blush every time.

There has been far too much self-reverential humour which isn’t funny but just lame. The thing is they didn’t have it in the first movie, sure the dialogue still wasn’t exactly sparkling but it was definitely better than part 2. Arnie and Bruce’s cameos were spot on which had a sly wink to the camera but nothing embarrassing. I find that Stallone is relying too much on the novelty factor of seeing these guys on screen together rather than making the best possible film.

When I was watching Where Eagles Dare and The Dirty Dozen recently I started thinking, imagine if they made an Expendables movie like that? Where each character was fleshed out and had real conflict between them but still had plenty of time to kick ass. Just because it’s action, doesn’t mean it has to be poorly written. Was Die Hard poorly written? No.

Anyway, I just want to say that I love The Expendables movies but for Part 3 I’d like a better script, Dwayne Johnson and a half decent story. And how about we care about some of the characters too? Just a suggestion.