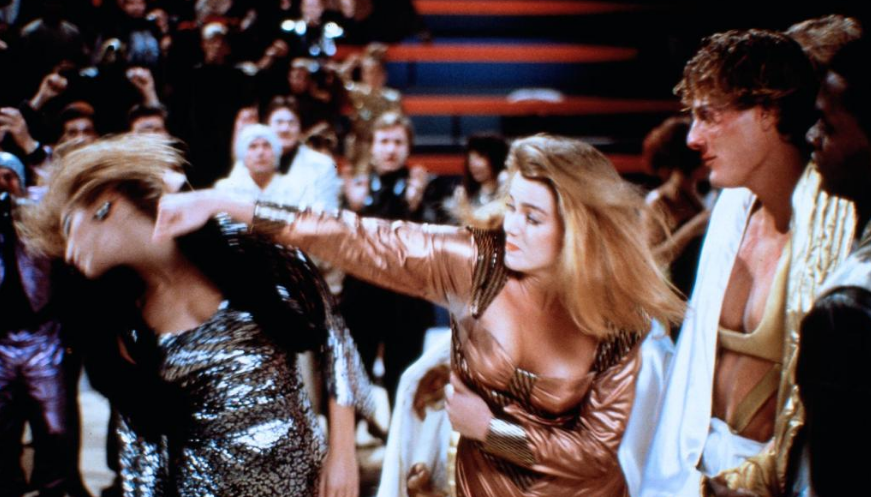 Arena is a fun sci-fi/fighting movie and worth checking out if you fancy some old-school cheese. If they ever remade it, I’d be down for that too.

Plot: An intergalactic fighting competition between champions of various worlds has traditionally been won by a species much larger and stronger than humans. Entering the contest, a human finds he has to battle against not just his opponents and his self-doubts, but the corrupt system.

Review: How’s this for a blast from the past? if ever there’s a movie that could/should be remade it’s Arena. I’ve always enjoyed it and despite looking and sounding a bit dated now, the story was cool and I think with today’s technology you could do something really special with the fight scenes.

It’s essentially Bloodsport with a guy fighting a bunch of aliens/monsters and even now the prosthetics and animatronics are pretty impressive; it’s just some of the other effects aren’t quite as good.

Paul Sattersfield is a believable lead and he’s pretty huge too. The fight scenes are decent although it’s not exactly Scott Adkins’ style martial arts. It’s more of a family friendly movie, but like I say, it’s good fun and the whole idea of a sci-fi fighting movie is very cool.

The music is dated and quite cheap sounding now and doesn’t hold up so well. It is all very cheesy but then that’s part of the charm. A new version with some nice Paul Verhoeven style satire could be just the ticket.

I like doing a double bill of this and Starchaser: Legend of Orin which is another favourite movie of mine. I picked them both up on DVD recently and enjoy watching them regularly.

Overall, Arena is a fun sci-fi/fighting movie and worth checking out if you fancy some old-school cheese. If they ever remade it, I’d be down for that too.