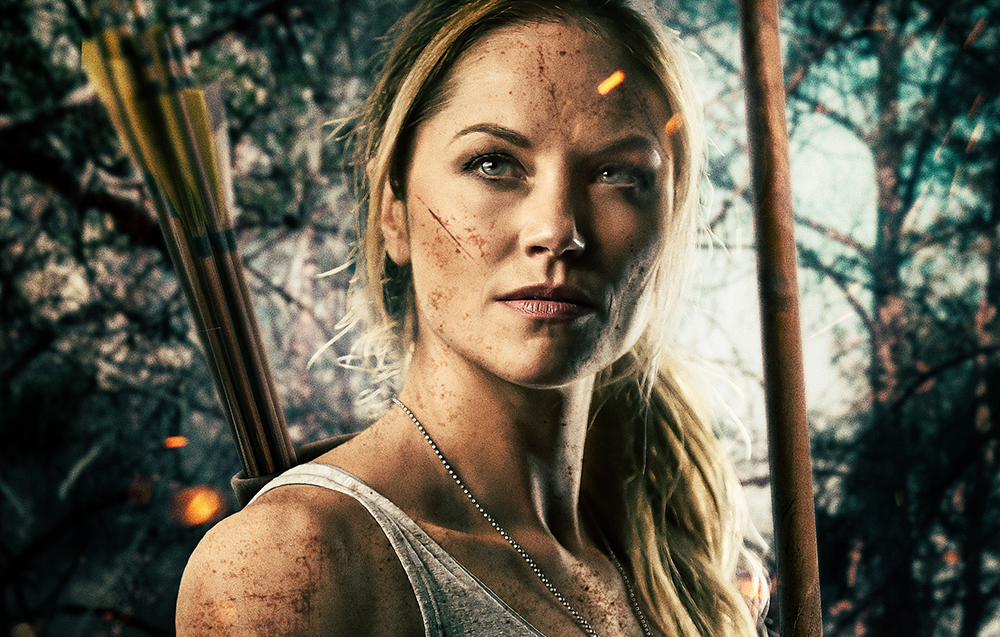 Army of One is action-packed giving us a new potential action star in Ellen Hollman who does her own stunts and takes out the trash in style. The antagonists as genuinely hateful so watching them get their comeuppance is endlessly satisfying.

Plot: Out hiking, Special Forces Brenner Baker stumbles onto a Cartel’s compound. Her husband’s killed and she’s left for dead. The Cartel made two mistakes, they killed her husband and left her alive. They won’t live to make another.

Review: Ellen Hollman proves she is the real deal as a new action star with Army of One. The story may not be anything we haven’t seen before but it’s far better than you may expect due to tight pacing, a sympathetic but badass protagonist and truly hateful villains.

Army of One starts off almost like a romantic picture with this happy couple Brenner Baker and her husband Dillon (you sonofabitch!) on a roadtrip through Alabama. Things quickly turn South when their reverie is interrupted by a redneck in a truck generally behaving like an ass and shouting at the couple.

From this point on the film is pure tension as we’ve met our antagonist Butch (Gary Kasper) who they bump into again at a local diner but a potential scuffle is interrupted by the seemingly kind Mama (Geraldine Singer) who helps the couple get out unscathed.

Brenner and Dillon leave the diner and start hiking then when it starts to rain they seek refuge in a seemingly empty house but guess who’s house it is? So the couple are left for dead but Brenner isn’t going down without a fight and she becomes a female Rambo as she goes after Butch and his family.

Butch is pure evil and with his family he is involved in all kinds of nastiness like human trafficking, drugs and more so there aren’t any that don’t deserve the reckoning Brenner will bring down upon them.

Ellen Hollman does all of her own stunts so we get some vicious fight scenes and gratifying kills and they all look better as we can see it is her doing it rather than cutting to a double. There is a one-shot fight sequence which was apparently done with only one hour of preparation between Hollman and the stunt team and they did it in only one take. She and her husband regularly work with 87Eleven so it’s no wonder the action looks slick.

At 90 minutes Army of One is never dull and proves that the female of the species is arguably more deadly than the male as Brenner is wonderfully merciless on the bad guys but she still has a good heart as she tries to rescue other prisoners the family have in captivity.

Although it works as a standalone feature there are some strands that could be made into a potential sequel as Brenner is someone I would like to see again.

Overall, Army of One is a slick and effective actioner with plenty of fights and a star making turn from Ellen Hollman. The bad guys are truly nasty so watching them getting served justice is never less than satisfying. It may not be anything new or all that memorable but it delivers the action goods.