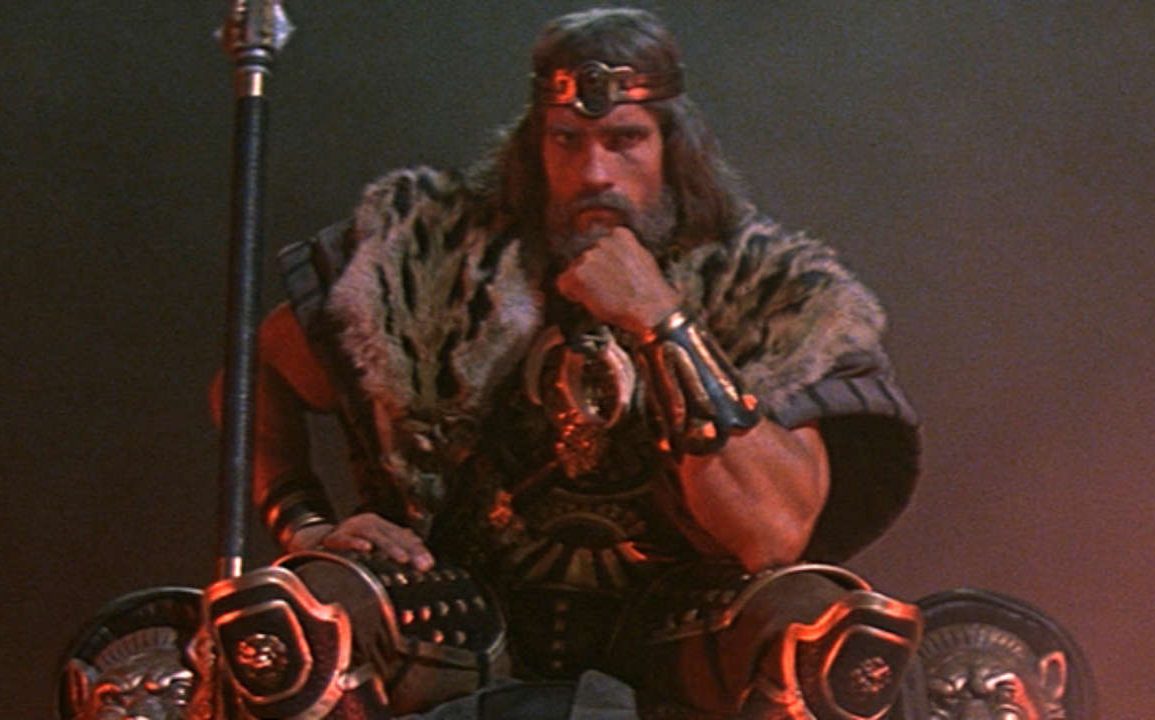 There hasn’t been much news on a potential new Conan movie for some time and it turns out there’s a good reason for that. According to The Arnold Fans Arnie said in a recent interview:

“The sad stuff about all of this is when there’s an estate like this, The Robert E. Howard estate… when someone buys these rights, those people now own the rights and they have their own vision of what they want to do and the guy that has the rights is some young guy and he’s trying to figure out how to get his way through Hollywood and this is not easy to do. So there are people that say to him, ‘why don’t you start with a TV series and then he negotiates for a TV series and that falls apart. And then he goes maybe to Netflix and that falls apart. Then he decides to make a movie maybe… but in the meantime, we have been trying to convince him for years now that the way to go is to come back and hire a really great director and to do another Conan movie and have me play King Conan, when Conan is like 70 years old and he’s disgusted by sitting on the throne and being the king and then something happens after that. It’s really not that far from creating a finished script. The only one who really has to pull the trigger there is the people who own the Conan rights to do a movie. Let’s go to Netflix or whoever it is, let’s hire a director who’s very creative and can elevate the project to make it a winning project. I hope it will be done very soon because I think it’s a great idea.”

So I have a feeling we won’t be seeing King Conan any time soon.