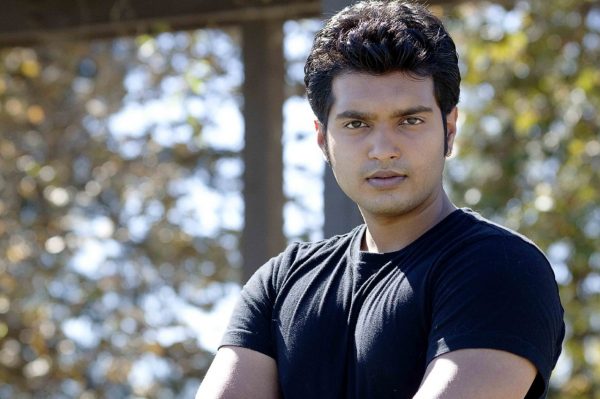 Film Life Factory and other financiers from Hollywood, India, Bangladesh and Roswell, NM, have come onboard to finance director Asif Akbar’s science-fictioner ASTRO.

A modern day original science fiction story of a Billionaire’s private space exploration program returning to earth with an abducted extra-terrestrial being from a newly discovered planet.

Other details of the plot are being kept under wraps until production wraps.

Why was Gary Daniels the perfect choice for the lead role in ASTRO?

Gary is perfect for the lead role of Jack Adams in Astro because Jack is a very in depth character with a wide dynamic range of emotional tribulations, a mysteriously troubled and complicated past, he’s a military veteran and a bad-ass middle aged single father… so it was a no brainier for me to in-vision Gary as this character when the time came to finally cast this role. Gary has a certain type of energy and edge to him physically and mentally that matches the look of what I wanted in this character and because of what I know of the unique diverse range of experiences Gary has had in his own life over the past couple of decades, you know from living around the world, being a champion martial artist at a young age to transitioning into a film actor on a global level and maintaining a successful career for so long, raising a family, staying in shape all his life, etc…. that all takes a great deal of discipline, courage, talent and a certain type of lifestyle with some weathered survival life experiences that I believe Gary has built up naturally in the course of his own life to be able to translate that on screen into a believable new character that no one has ever seen him portray before on film, so in a way it will also re-create Gary Daniels in a new way to the audience.

While he’s most recognized for his action and martial arts movies, people forget that Gary has actually done quite a few fantasy and sci-fi movies- Fist of the North Star, Knights and so on. Did you revisit any of these films before deciding on Gary?

Honestly, I’ve watched some of Gary’s recent past films, but I have not watched many of his film’s from the past, of course I’ve re-watched him in The Expendables, some of his other recent films and I do remember watching bits and pieces of Fist of the North Star when I was much younger in the mid 90’s, but I honestly did not want to watch anything of his from that far back in the past as I don’t really see the need to compare between the films he’s done that far in the past and this one, as I’ve mentioned before he’s a different Gary now than he was then and I want the audience to go into this film knowing that they will be seeing Gary Daniels in a new way, so ideally I don’t want any mental comparisons for myself with him either.

Can you tell us anything about the role Gary plays?

Gary plays Jack Adams, and he is a special forces military veteran and a single father that’s living a simple quite life off the grid with his daughter and one day he suddenly gets a visit from an old friend and becomes the target of an underground experiment with a recently discovered and abducted extra-terrestrial being from another planet by a private entity that revisits his mysteriously troubled past.

Does the role require Gary to do what he does best – fight? And will he be choreographing the scenes?

It will not be your typical martial arts fighting movie with the typical round house fancy kicks and all, but there will definitely be some heavy action-packed fight and stunt scenes. The fights in this will be more realistically choreographed by our fight and stunt co-ordinator Spice Williams-Crosby.

How much of the movie will Gary have to carry himself?

You’ve quite a few other action veterans in the movie too (even Jonathan Lipnicki, who is renowned for his martial arts nowadays), I believe? Clearly, you’re a fan of the genre?

I am most certainly a fan of the action genre as much as sci-fi . Jonathan is also playing a soldier/veteran with a big action war sequence that he is currently prepping for and I can definitely assure you it’s a whole new character for him as well. I’ve tried to have a mixed blend of all the genres I love watching and by how the universe works itself out, I’ve been very blessed to have many action and sci-fi veterans of all ages involved. Many people don’t realize how much of a big influence Martial Arts really has in the film and entertainment industry, especially from Bruce Lee’s time on, after all it is called “Martial Arts”. Many of our cast and crew members are actively very much involved in martial arts and have been most their lives. I use to also take karate lessons myself growing up in Ohio and watching those old school martial arts films as a kid had played a major role in developing my inspiration to becoming a filmmaker. It’s a way of life for many people in the movie business, it almost goes hand in hand for most.

What types of films did you growing up watching?

I grew up in a mixed cultural family and society so I was exposed to all kinds of films from all over the world. I would mostly watch sci-fi and action movies from all over the world including Hollywood, Bollywood, Bangladesh, Italy, China and Japan. I actually learned how to speak and understand fluent Hindi from just watching Bollywood movies, but I’ve always been fascinated and enjoyed the limitless conceptions and innovations from high end Hollywood films. My dream and goal was to always create a bridge between the Eastern and Western film industry’s to offer the best of both worlds to the audience.

Who have you enjoyed working with, over the years?

Can you tell us where Astro is currently at?

We are currently prepping to start our principal photography on Astro in less than three weeks. It will be a very action heavy film, so all the prep and rehearsals for some of our never before seen action sequences are currently underway.