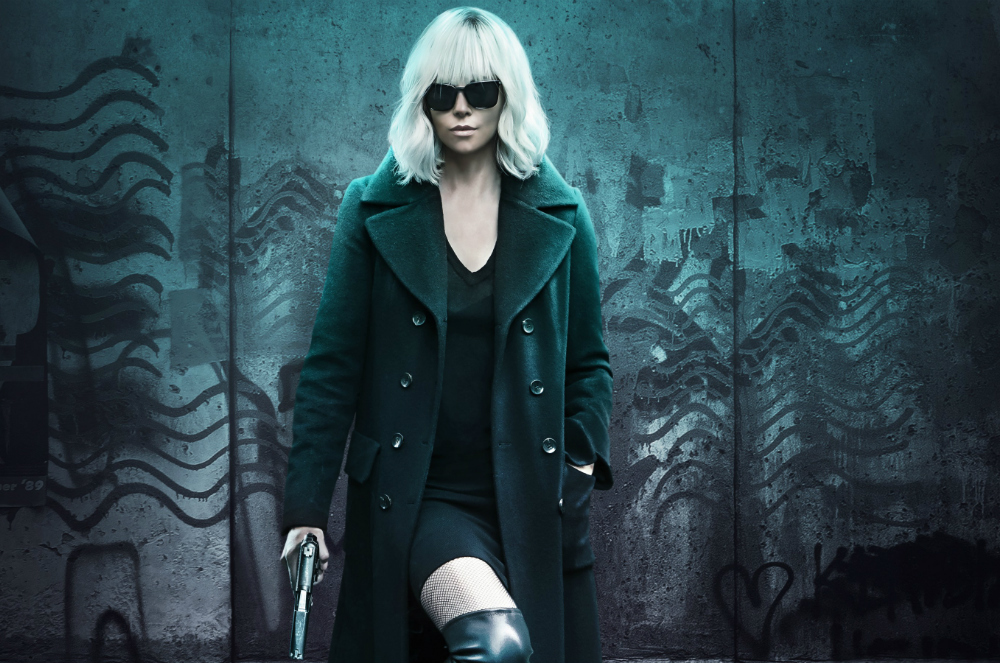 Atomic Blonde is stylish and cool but the character of Lorraine Broughton isn’t especially appealing and it doesn’t know how to end.

Plot: Agent Lorraine Broughton (Charlize Theron) is equal parts spycraft, sensuality and savagery, willing to deploy any of her skills to stay alive on an impossible mission. Sent alone into Berlin to retrieve a priceless dossier from within the destabilized city, she partners with embedded station chief David Percival (James McAvoy) to navigate her way through a deadly game of spies.

Review: If ever there was a movie I so wanted to love it was Atomic Blonde; as it was from one of the directors of John Wick I knew the action would be first rate (and it was) but I left the theatre feeling cold… and it wasn’t from the air conditioning.

A lot of fuss has been made about Charlize Theron doing her own stunts which is always impressive and something that should be celebrated but it’s just a shame that I never once gave a shit about her character Lorraine Broughton. She was totally believable as the icy cold spy who spends the entire movie looking like she’s posing in an 80’s music video (and chain-smoking) while investigating a McGuffin known as The List but she never really felt like a human being. I know that was the point but even James Bond shows personality with a sense of humour when he’s at his most ruthless but Lorraine is arguably the least interesting character in this film.

For me, the best character was James McAvoy’s fellow spy David Percival with charisma that just bounces off the screen. He also chain-smokes his way through the movie and keeps you guessing as to his true motivations.

The highlight of the film was as expected the action; the fight scenes are superlative and brutal as Hell. I liked how the combatants get tired during the fights because that’s how it is in real life. It gets exhausting very quickly and this factor was arguably my favourite element of the film. The fights also felt different from the John Wick movies so it wasn’t just constant headshots and leg throws but just using everything as a weapon (including shoes) creating a greater sense of desperation.

It was also great to see Daniel Bernhardt as one of the main goons (again) and he has some fantastic fight scenes; his climactic fight with Broughton is as visceral and bloody as they come. I’ve always considered him one of the better actors in the martial arts movie business and I’m delighted to see him in bigger pictures again; long may it continue.

Everyone keeps comparing this to the John Wick movies but even despite the flaws the Wick universe is a far more interesting and immersive world with rich characters that I am always happy to return to. With Atomic Blonde I’ll be honest and say I have no desire to see a sequel any time soon or even a (much discussed) crossover.

The plot lacked tension or any exciting twists and just kind of plodded between set-pieces without any surprises.

Atomic Blonde is arguably the most stylish film of the year; the cinematography is truly mesmerizing and like I said it feels like an 80’s pop video. Its neon splashed world is set during the collapse of the Berlin Wall in 1989 so you get practically every 80’s tune imaginable to go along with it. George Michael’s Father Figure is used to great effect during one of the many beatdowns.

Overall, Atomic Blonde has bucket loads of style and Charlize kicks serious ass as Lorraine Broughton; it’s just a shame she wasn’t really developed as a character and won’t make you feel any emotional connection. I think it was a missed opportunity with style triumphing over substance and a formulaic storyline that never really engages. What it does have in its favour are some of the best fight scenes of the year with 87eleven Action Design knocking it out of the park once again, so for that alone it’s worth seeing.