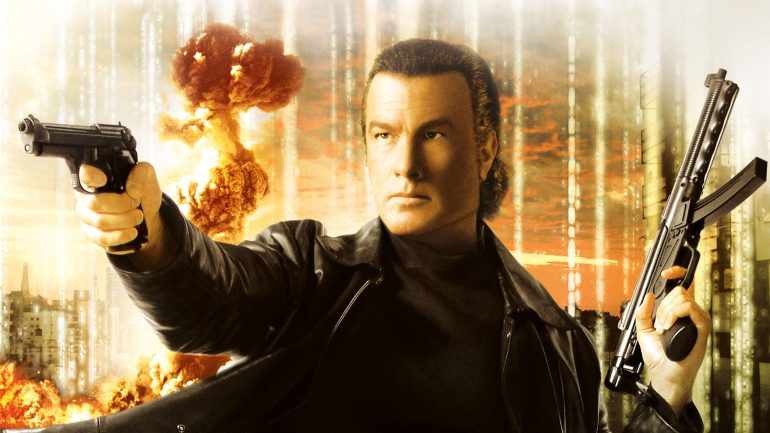 Attack Force was not the film Seagal and the writer/director set out to make and was butchered by the production/distribution company which is basically why it’s so terrible and really this is only worth watching for its Mystery Science Theatre levels of awfulness.

Plot: Marshall Lawson’s (Steven Seagal) entire military strike force is eradicated in a vicious attack in Paris. With help from his chemist girlfriend, Tia (Lisa Lovbrand), Marshall learns that the murderer was on a new drug called CTX, which turns people into unstoppable killing machines. Now a government agent named Werner (Danny Webb) is trying to get Marshall out of the way so a nightclub owner and drug dealer (Adam Croasdell) can release CTX to the entire population of Paris.

Review: Attack Force is widely regarded as one of Steven Seagal’s worst films and it’s easy to see why but it isn’t actually Seagal’s fault.

This was initially meant to be more of a sci-fi horror film called Harvester but the production and distribution companies reedited the film and dubbed over Seagal giving us the generally awful picture we ended up with. Gone is the sci-fi element so Attack Force is now about humans who get nearly superhuman abilities due to a drug.

It must have been frustrating for director Michael Keusch and writer Joe Halpin to have their film butchered so badly that it barely resembles their original visions.

I can’t really think of anything good in this movie as the dubbing is so distractingly bad that it takes you out of nearly every scene. Seagal has 3 or 4 lines of dialogue but everything else is dubbed over by what sounds like Danny De Vito… actually that would have been awesome.

The action scenes are all chopped up and poorly edited so all we really see is Seagal waving his hands at the camera while his double does the fighting.

The story never grabs your attention and I did find myself scrolling Instagram at various points. I guess there are a couple of decent kills and the slasher element is something different for Seagal but that’s literally the only nice thing I can say about this picture.

As someone who has enjoyed Steven Seagal’s earlier fare like Out for Justice, Marked for Death etc., I keep wanting to see a film like that again from him but sadly those days are gone and despite a few enjoyable movies his recent output has mostly been unwatchable.

Overall, Attack Force is an irredeemable mess that was torn apart by the production/distribution companies; I wonder if there is a better version of this film out there somewhere but it’s not something we’ll ever see… or really care about. Let’s watch Marked for Death again instead…