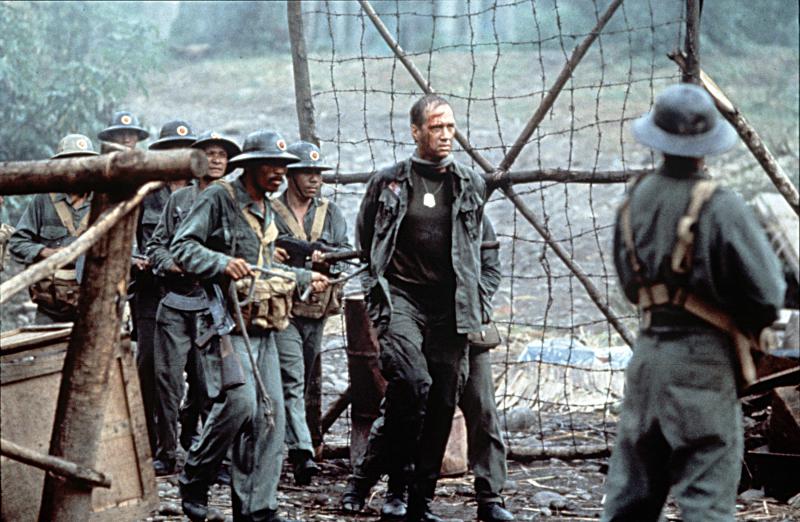 Attack Force ‘Nam is another Cannon gem that has more cheese than Holland with plenty of action and some intriguing plot twists to keep things interesting.

Plot: A U.S. colonel (David Carradine) will help his Viet Cong captor (Mako) flee, if the other POWs can come with them.

Review: This movie has multiple names including Attack Force ‘Nam, Behind Enemy Lines and POW: The Escape but it doesn’t matter what you call it, it’s still awesome.

From the opening credits you will see the words Cannon Films followed by A Golan Globus Production and you’ll be filled with a warm glow as you know exactly what you’re going to get: 90 minutes of cheese-tastic action!

The movie stars David Carradine and Steve James as soldiers trying to escape enemy lines during the ‘Nam war. When it starts off you’re convinced this is going to be Missing in Action 2 as it’s pretty similar but about 30 minutes in the story goes in quite a different direction as their Vietnamese captor (Mako) wants to escape to America with them.

This movie is actually far better than I was expecting with plentiful amounts of action and Carradine on ultra-heroic form. At one point he grabs a US flag for no real reason other than to go AMERICA! F**K YEAH! and we all cheer with him.

He refuses to leave any man behind no matter what the cost and is the total definition of a hero.

I also liked the character of Sparks; the obligatory asshole who has a surprising change of heart in the second half and ends up finding redemption.

The Vietnamese army as always are portrayed as stereotypical one dimensional villains but that was part of the fun of 80’s action movies; they just didn’t care if they offended anyone.

This movie is incredibly well paced and wastes no time in getting going and it’s pretty action packed from beginning to end.

Some of the supporting cast won’t win Oscars any time soon for their acting ability but this is a Canon film so you know you’re going to just have fun. I’m not even a fan of war movies normally but there is nothing disturbing about this; it’s just America kicking ass and is simply a blast.

There is of course some unintentional humour which only adds to the entertainment value and you can’t help but get the feeling that this was a crazy film shoot.

Overall, Attack Force ‘Nam is another Cannon gem that has more cheese than Holland with plenty of action and some intriguing plot twists to keep things interesting.