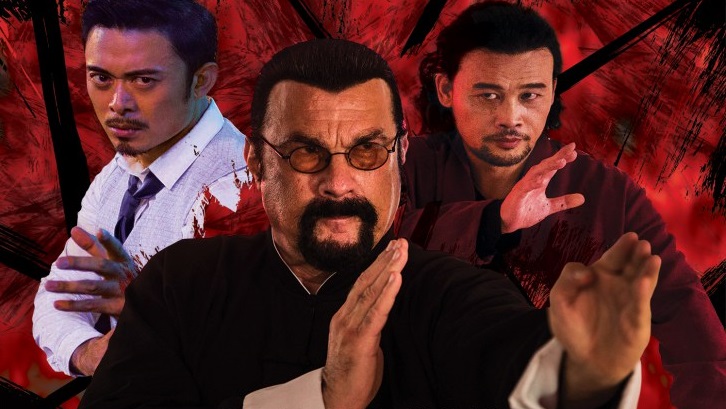 I’ve been away on vacay for the past 9 days so I have some catching up to do with movie watching and Attrition is definitely on my radar so I will try and have a review up in a few days. For now here is a 15 second clip packed with action. Has anyone seen the movie yet? Any good?

SYNOPSIS: After numerous years of combat, Special Ops leader Axe, struggles to cope with the seemingly endless death he has both caused and witnessed during his time as a killing machine. Axe removes himself from conventional society and finds him – self deep within the heart of the remote jungles of Asia where he tries to come to terms with the life he has lived. Haunted by visions of his past victims and the horrors of war, Axe falls deep into despair, until he is a mere shell of his former robust self. During a drunken slumber where the ghosts of his past taunt him, Axe is visited by the visage of a beautiful, spectral woman, Tara.

Tara assures Axe during his vision that he too, is capable of redemption. So affected by this dream and the words of the sage woman, Axe brings himself back from the brink of demise, determined to turn his life around. Flash forward two years. Axe lives in a small, tranquil village and spends his days healing the sick and injured at the clinic he has created. Along with his assistant, San, Axe performs acupuncture and various therapies for a warm and receptive community. Axe, by all appearances, is a reformed man, living a peaceful life, with the dogs of war far behind him.

Friend and fellow student of the same great IP Master, Chen Man visits Axe. They reminisce about their former teacher and Chen Man insists Axe come visit him at Chen Man’s Blues bar in town. Axe continues to have visions of the strange woman in his dream. The city holds dangers as bad as any war. Black Claw Ma, the right hand of ruth – less Crime Lord Qmom, threatens a local gambling addict who reveals to Ma that he knows of a mysterious woman that Qmom will want to use for her powers.

Ma and his henchmen kidnap Tara, the woman from Axe’s vision, and take her to Qmom where he forces her to work for him or be faced with him murdering those she loves. After Tara’s father, Chin, appeals to Axe after she is kidnapped, Axe knows only one language the ruthless Qmom and Black Claw Ma will understand is violence. He assembles his old team members Hollywood, Infidel, Scarecrow, and Yinying to go after Qmom and take down his organization to save the sacred Tara and return her to her family and village. With the help of his former team and Chen Man, Axe reverts back to his Special Ops leadership to destroy Qmom’s organization and save the girl who is responsible for saving him.