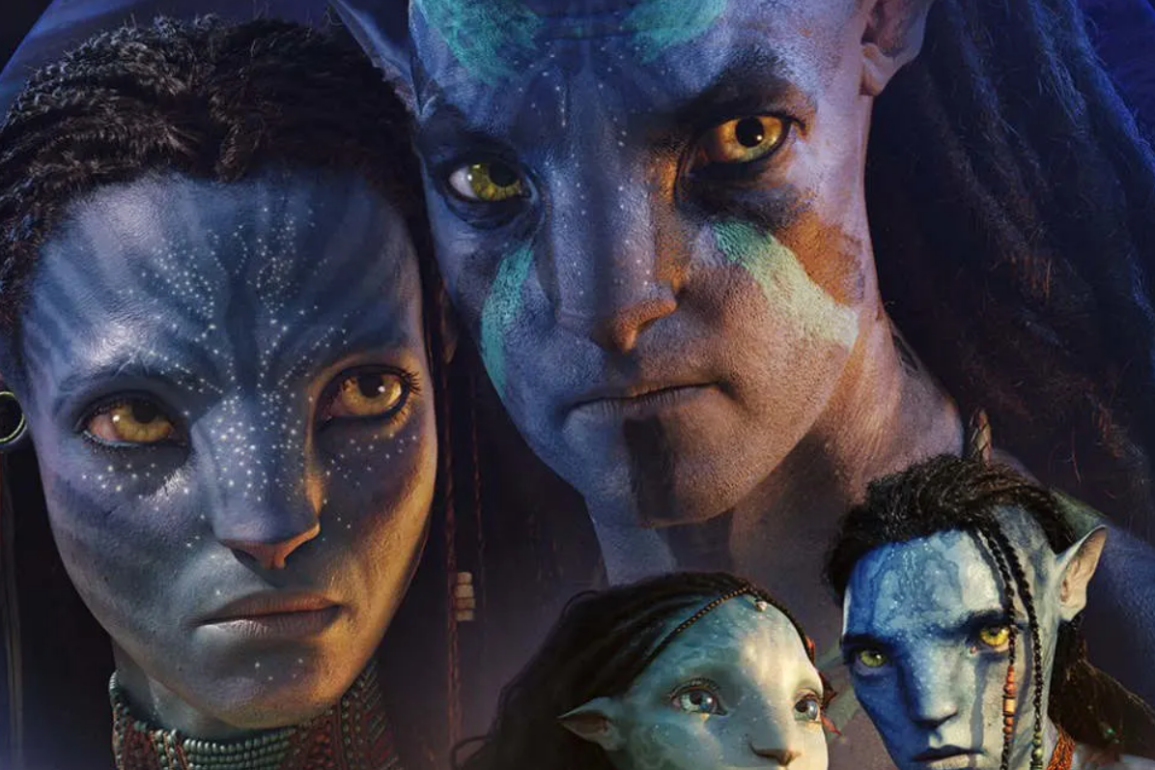 Avatar: The Way of Water is a visual triumph and despite the arse numbing runtime it deserves to be seen on the biggest screen possible. There are too many characters and the lack of a new villain was disappointing; if you didn’t like the first movie then this may not win you over but on a sheer technical level it deserves every accolade.

Plot: Set more than a decade after the events of the first film, “Avatar: The Way of Water” begins to tell the story of the Sully family (Jake, Neytiri, and their kids), the trouble that follows them, the lengths they go to keep each other safe, the battles they fight to stay alive, and the tragedies they endure.

Review: I have to admit I wasn’t in a massive rush to see this movie; I enjoyed the first Avatar enough but it’s not a film I revisit often as despite the stunning visuals the characters never really grabbed me and I didn’t think it warranted a sequel.

After hearing the runtime for the follow-up was over 3 hours I was going to wait for it to hit streaming but I figured it should be seen on the big screen. I also can’t not do a review for a new James Cameron picture (even if he has been saying some strange things lately) so after 13 years is this belated sequel worth the wait? Well, if you liked the first movie then  you will likely love this one; it’s a visual feast and the 3D is incredibly immersive. The world of Pandora is more beautiful than ever and it was nice to return to it; clearly a lot of time and effort went into creating it and it’s easily the best looking movie of the year.

I’m not the biggest fan of 3D generally and the HFR (High Frame Rate) made everything look slightly sped up so at times it was difficult to keep up with what was going on. I had to take my 3D glasses off a few times towards the end as it gave me a headache and it took me a while for my eyes to adjust to the real world again. So best not to drive straight home after watching it.

Taking place more than a decade after the first film Jake, Neytiri and whatever all their kids are called are being hunted by the “Sky People” so they leave their happy lives in the forest and seek refuge with the Sea tribes. What ensues is a family affair as they struggle to fit into this new life where they deal with things like bullying, living up to expectations and homesickness.

Spoilers ahead so if you haven’t seen the movie and don’t want to know anything that happens read no further.

Jake and Neytiri are more supporting characters this time with the kids taking center stage; Jake still gets plenty to do and it’s refreshing to see a strong father figure portrayed in a positive light. Sam Worthington’s accent is better now and he has really grown into the role of Jake and made it his own. Zoe Saldana is fierce as Neytiri, especially during the finale where she displays a mother’s rage.

Stephen Lang returns as Quaritch which may come as a surprise as he was very dead at the end of the first movie but conveniently enough he had his consciousness put into an Avatar in case things went bad so this time he looks like the Navi. I thought this was a really lame idea and I think it would have worked better if they just had his son out for revenge but instead Spider (that’s his son’s name) has befriended Jake and his family and is almost feral. All the villains AKA humans are essentially one note cartoon characters but the father/son dynamic between Quaritch and Spider is nearly interesting.

I think if I were to watch it at home on the small screen it’s more of a 3.5 star movie as despite the imaginative visuals the characters still don’t make much of an impact and I couldn’t tell you the names of any of the Sully kids. There were too many characters so I didn’t get especially involved emotionally with any of them. There also isn’t any quotable dialogue and an action movie should always have a few one-liners that stick with you.

As this is from James Cameron then it should come as no surprise that the action scenes are jaw dropping and you can see everything that’s going on; the final battle goes on for too long but it’s still spectacular although I admittedly did tune out a little when it became Titanic again.

Where the first movie was about the environment, this continues those themes but focusing on saving the oceans and especially whales; it’s a little heavy handed and could be labelled preachy but that really is just nit-picking.

The music score features the late James Horner’s main theme and composer Simon Franglen does a fine job expanding on that without surpassing it.

The story doesn’t warrant the ridiculous runtime and as pretty as the visuals are you could have trimmed a few minutes here and there to at least have got it under 3 hours. I was never bored however, by the time the end credits rolled I was relieved it was over as I was feeling a little nauseous due to the 3D. Nothing is really resolved either so we now have to wait until part 3 next year to see what happens next.

Overall, Avatar: The Way of Water is a visual marvel and the amount of work that clearly went into it is apparent throughout; as I stated if I were to watch it again it would probably be 3.5 due to having too many characters and lack of memorable dialogue. I would have preferred a new villain too so there isn’t enough that feels fresh in that respect. It needs to be seen on the big screen to truly appreciate it however, if you weren’t a fan of the first film then I wouldn’t rush to see it.