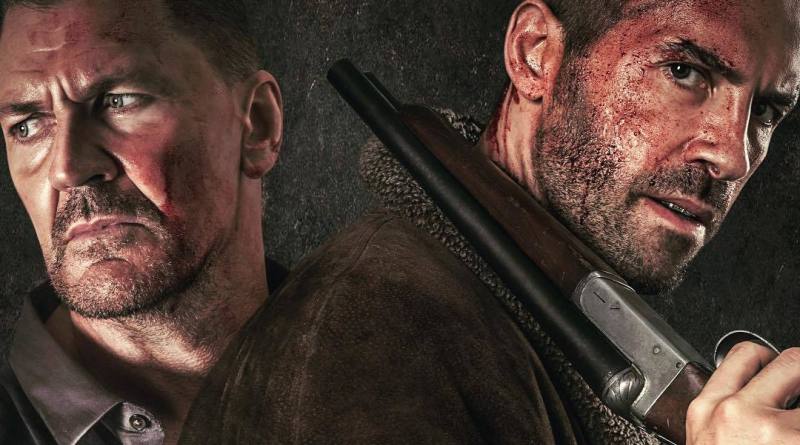 Avengement may not win prizes for depth or originality but what it does have are some of the grittiest and most brutal fight scenes of the year and I foresee it potentially becoming a modern action classic.

Plot: While released on furlough from prison, a lowly criminal evades his guards and returns to his old haunts to take revenge on the people that made him a cold-hearted killer. It’s an epic, bloody battle to search for the soul he lost years ago on the streets of an unforgiving city.

Review: Scott Adkins is one of the last few Western action heroes we have left and his dedication to the genre has been unsurpassed, only matched by frequent collaborator and director Jesse V. Johnson.

When Adkins works with Johnson they seem to capture lightning in a bottle every time with Johnson pushing Adkins’ acting abilities as well as his martial arts skills. Every movie they have done together has been something different and challenged viewers with the unexpected.

Like everyone else when I heard about this project called Avengement I had to Google it to see if it was a real word… it is and means the “act of taking vengeance” unsurprisingly so I quickly made peace with it and got even more excited when I saw the first trailer which promised brutal beatdowns and a side of Adkins we hadn’t seen before.

I’m happy to report that Avengement may well be their finest collaboration yet with Adkins at his badass best but it is also arguably the most violent movie they have done together. For those who thought Triple Threat lacked a bodycount Avengement will not let you down as there are some wince-inducing moments with one in particular that will haunt you for days after viewing.

Adkins plays Cain (nice biblical reference), younger brother to Lincoln (Craig Fairbrass); Cain is a fighter who refused to throw a fight so his reputation among friends and family has been affected. This also puts a strain on the brother’s relationship and when Cain ends up going to prison for a job he did for his brother his life takes a downward spiral and this meek generally decent man is forced to become a vicious killer in order to survive his prison sentence. Inmates keep coming after him in a series of blood soaked fights and he manages to hold his own but can’t understand why everyone wants him dead. I won’t say anymore but the story is mostly told in flashback as Cain goes to a local members only pub looking for answers, some of which he won’t like and will change his destiny forever.

I see Cain becoming a new Adkins’ fan favourite as he makes Boyka look like a choirboy in comparison; his transformation from well meaning young man into a Bronson like violent prison inmate is a joy to behold and is arguably Adkins most outstanding performance to date. The way he swaggers into the pub casually knocking out two bouncers immediately tells you this is not someone you want to trifle with and Adkins really suits the grill which only adds to his menacing demeanor.

Craig Fairbrass is terrifying even when he plays a good guy; he just has that natural toughness to him that made him perfectly cast as Lincoln so any moment he is on screen there is a feeling of threat.

Debt Collector co-star Louis Mandylor makes a brief appearance but it’s a pivotal role and he is never less than magnetic on screen. For the record I am currently watching Martial Law from the 90’s starring Mandylor so expect a review soon.

The film in general has this simmering atmosphere of impending violence and it’s never far off with each battle more bloody than the last so this is certainly not going to be for the faint of heart.

The script is one of the sharpest Adkins and Johnson have had yet with some choice one-liners and very English humour which some international audiences may struggle with but I laughed out loud at various points.

The music score kept going through my head and seemed immediately familiar but I couldn’t think what it reminded me of so I asked director Jesse Johnson and he advised it is a nod to The Professional from Ennio Morricone. It works perfectly with the story and is one of my favourite scores of the year so I hope it gets an official release.

In terms of flaws it is a basic revenge tale so don’t be expecting any philosophical musings; I also thought the barmaid should have been slapped but that’s just me…

Overall, Avengement is gloriously violent and at times disturbing which is frankly why I am giving it such a high rating; Scott Adkins has never been better and I can’t wait to see where he and Jesse Johnson go in the future. If you like your action films bloody and brutal then look no further.