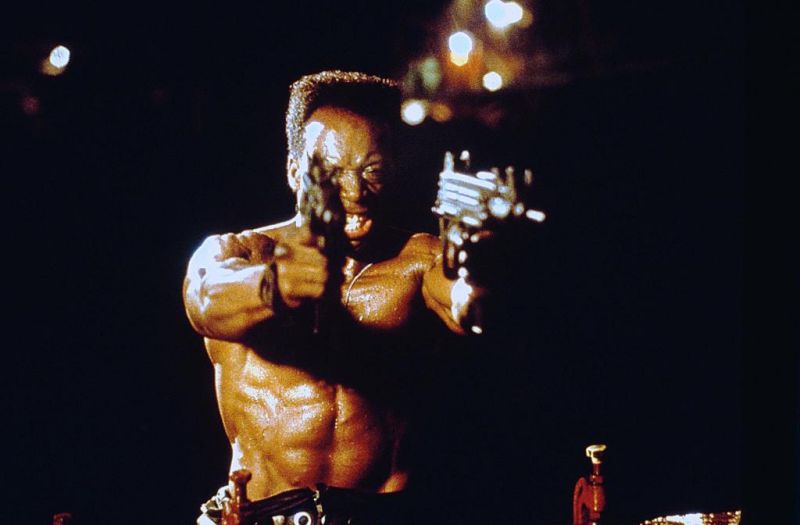 Back in Action vs. Tough and Deadly

The 90’s really was an awesome era for B-movies with a new straight to video star popping up every few weeks.

Today we take a look at two cheese-tastic movies starring Billy Blanks and the late, great Roddy “Rowdy” Piper in Back in Action and Tough and Deadly.

When Blanks and Piper did movies together you could be guaranteed two things; a lot of laughs and a high bodycount.

Many of the laughs may have been unintentional but that was part of the sheer entertainment.

So which of the movies is the true champ?

PLOT: The sister of a former U.S. Green Beret, is involved in a love affair with a mobster, endangering seriously her life. His brother will make his best efforts to save her from her boyfriend and his friends, fighting with or without external help. But perhaps this tough cop, Rossi, could help him… or stop him…

Like I said in my review a good while ago Back in Action has plenty of action and fight scenes; Billy Blanks gets to show off his ass-kicking skills while finding any excuse to remove his already minuscule shirts. He’ll charge through buildings looking for his annoying sister and beat people up without mercy.

He’s actually hilariously nasty, sneaking up on guys and breaking their necks without warning; seems a bit unfair, Billy but who am I to judge…

There are shoot-outs, explosions, fights and more although I still protest the lack of nudity, which is unacceptable for a 90’s B movie.

Roddy Piper plays the badass cop Billy eventually teams up with and it all ends with an explosive finale. Piper gets to kick ass as well although I wish there had been a bit more buddy banter.

As I’ve said before, the one thing which really lets this movie down is Blank’s sister who was really annoying; she was such a selfish and obnoxious bitch that you wondered why he was in such a hurry to save her.

Aside from that though it’s still helluva lot of fun.

Plot: Elmo Freech is a private investigator and was contracted by John Portland, a CIA agent who suffers amnesia, in order to reveal a dubious case of drug smuggling in which are involved big fishes of the CIA and from Washington.

This movie is just a riot with Blanks and Piper both having more fun than in Back in Action. First off, Roddy Piper’s character is called Elmo Freech; that’s one of the best names of all time and instantly won me over.

There is also some fantastic brutality including someone having their neck broken with a chair and of course the obligatory bar fight.

Whereas Billy Blanks uses his awesome martial arts skills, Roddy Piper just uses sheer brute force in his fights which is a nice way to differentiate between their fighting styles.

At one point during the end you do however see a crash mat which is a bit half-assed but once again it really just adds to the fun.

This movie doesn’t have an annoying character which is also a big plus.

And the Winner is…

Tough and Deadly gets my vote and is arguably my favourite Billy Blanks film; both leads are in great fighting form and it’s action packed.  As much as I love Back in Action, this doesn’t have the annoying sister so Tough and Deadly just beats it.