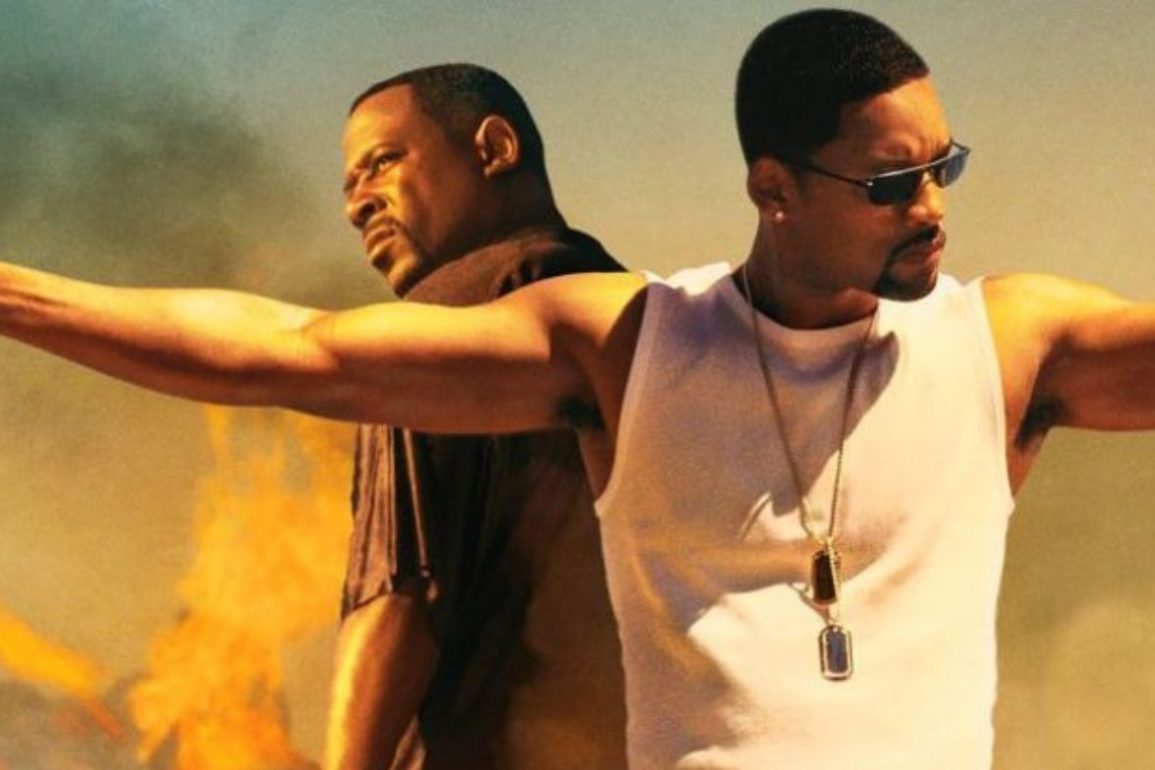 With a third Bad Boys forever stuck in limbo and unlikely to ever become a reality we are at least getting a TV spin-ff soon featuring Gabrielle Union and Jessica Alba… which I imagine they will re-titled Bad Girls.

Before that though it’s time to revisit the two classic buddy movies and see which one is truly the baddest.

To me Bad Boys is up there with Lethal Weapon and 48 Hrs. in terms of awesome Buddy Cop movies; Will Smith and Martin Lawrence have some hilarious banter and the script has plenty of one-liners to keep you smiling.

The action is nicely done and very stylish too with the final shoot-out in the airport hanger a particular highlight; it remains one of my favourite action scenes from Michael Bay and it’s all beautifully shot.

Mark Mancina gives his second best score (after Speed) which also is very similar in tone. You can tell it’s from the same guy; it’s got a great theme tune, screeching electric guitars and some funky hip hop beats too. Admittedly it sounds very 90’s now but it is still awesome and I wish Mancina did more movie music.

The movie doesn’t skimp violence either with a pretty huge body count (22 altogether) with the sequel having only 16 kills in total… it seemed like more when watching it.

The story is all complete nonsense with Lawrence and Smith swapping identities; I do find Martin Lawrence is annoying though and I have to be in the right mood for him. it;s a shame there is a bit too much focus on his character.

Tea Leoni doesn’t have much to do except look hot and get kidnapped, but she does alright with what she’s given.

Tchéky Karyo almost steals the movie as the villain Fouchet; he just oozes menace and when he’s on screen there is a constant threat of impending violence.

You gotta love Joe Pantoliano as the shouty police chief who chews the guys out for practically everything.

If you’re not a fan of Michael Bay then this probably won’t change your opinion of him but to me, this was back when he was a great action director with this movie and The Rock. He showed great potential and then went on to do Transformers…

To conclude, Bad Boys has plenty of action, comedy and excitement to be great Saturday night entertainment and one of the best buddy cop movies to date.

I think Bad Boys 2 is one of the most technically perfect action movies of all time; the set-pieces are jaw dropping and the freeway chase is one of greatest car chases in cinema history. Real stunts, real explosions and arguably the most over the top casual brutality in a mainstream action movie. Bodies flying out of trucks, then being decapitated, it’s all right here baby and admittedly it is all in very poor taste… and yet I’m fine with it.

It’s a visceral punch to the gut and the kind of action spectacular you genuinely don’t see much of any more. There’s a shoot-out between our heroes and some Haitian drug dealers and the camera goes around the room in a constant 360 and it looks amazing.

Is it perfect? No; it’s about 30 minutes too long, clocking in at a whopping 2 and a half hours which is definitely overkill. You’ll never be bored though as it rockets along at a great pace with our two leads still cracking wise and bodies piling up at regular intervals. The blowing up of a real building is one of the best action sequences of all time and no matter how many times I’ve seen it my jaw still hits the floor.

Sadly, Hot Fuzz has kinda ruined it though as all of the “serious” scenes are now unintentionally funny. Do you think anyone every says “this shit just got real” in every day life? Nah, but it doesn’t matter; I would love for Michael Bay to be done with the toy movies and give us a Bad Boys 3. A return to the hardcore ass-kicking actioners he used to do.

Jordi Mollà is suitably sleazy as the villainous Hector Juan Carlos ‘Johnny’ Tapia but I found him less intimidating than Tchéky Karyo from the first movie.

Keep your eyes open for a cameo by Bay himself as the crazy car driver who calls Marcus a “freak” and also Michael Shannon as a White Supremacist.

So, Bad Boys 2 is far too long but the action is spectacular and the pace so relentless that you’ll be caught up until the end credits.

Personally, I find both movies massively entertaining and I think Bad Boys II has bigger and better action scenes but I have to choose the first movie as it was just tighter in terms of pacing, has a better villain and the music is awesome. Which do you prefer?