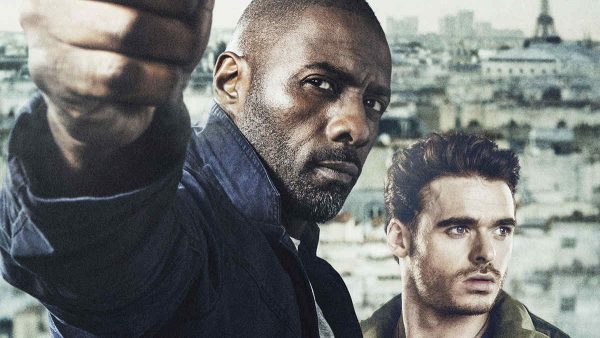 Bastille Day gives us a badass new character in Idris Elba’s Sean Briar (aside from his wonky accent) and there are some decent action scenes but you’ll probably forget about it within 15 minutes.

Plot: On the eve of Bastille Day, a young French woman, Zoe Naville, slips across Paris with the intent of planting a bomb to make a radical political statement but means to kill no one. At the last moment, she decides that she cannot commit this violent act. Michael Mason, an American pickpocket, steals Zoe’s bag, keeps what he can use and throws the rest away into a garbage bin next to a busy Metro stop. At the same time, inside the ultra-secure CIA Station in Paris, Sean Briar, an agent brought in from the battlefields of Syria and Iraq in the wake of a mission that has gone terribly wrong, struggles to adjust to his reassignment as a desk-bound data-analyst: a misfit real warrior in a world of cyber counter-terrorists. When the bomb goes off, Michael becomes the only suspect. Briar is determined to find him and bring him into custody before the French authorities do. From then on, Briar, Michael, and Zoe will be bound together in a 24-hour suspense ride across the city, in a frantic attempt to expose a conspiracy of chaos and greed that only they can prove

Review: When the trailers were first released for Bastille Day a few months ago everyone was saying Idris Elba doesn’t need to be James Bond as he now has his own character Sean Briar in what could potentially be a new franchise. They were nearly correct; Bastille Day isn’t an amazing movie but Elba elevates above being a generic Bourne knock off with his badass portrayal as Briar, a CIA agent who plays by his own rules to get the job done.

It probably would have been better if he was playing a British character as his accent is all over the place but his presence and charisma make you not really care about that. When he is interrogating bad guys or chasing them across rooftops he is intimidating and believable; the only problem is though we have seen this before in Bond, Bourne and every other clone since.

The story was very current though and I can understand why they are changing the name of this movie to “The Take” in some markets after the tragic events in France earlier this year.

It’s slickly directed and the action is well shot; there’s no shaky cam or noticeable CGI and the action highlight is definitely a fight inside a moving van. The last half hour has some decent action and it’s R rated too so it’s never boring… it’s just a little uninspired.

I liked how it was actually filmed in Paris so it feels more believable and like I said after events from earlier this year it hits a little too close to home in parts. Why watch a movie about this subject when the news is even more shocking?

The villains are pretty generic and forgettable but I also couldn’t quote a single line of dialogue either.

Overall, Bastille Day gives us a badass new character in Idris Elba’s Sean Briar (aside from his wonky accent) and there are some decent action scenes but you’ll probably forget about it within 15 minutes.