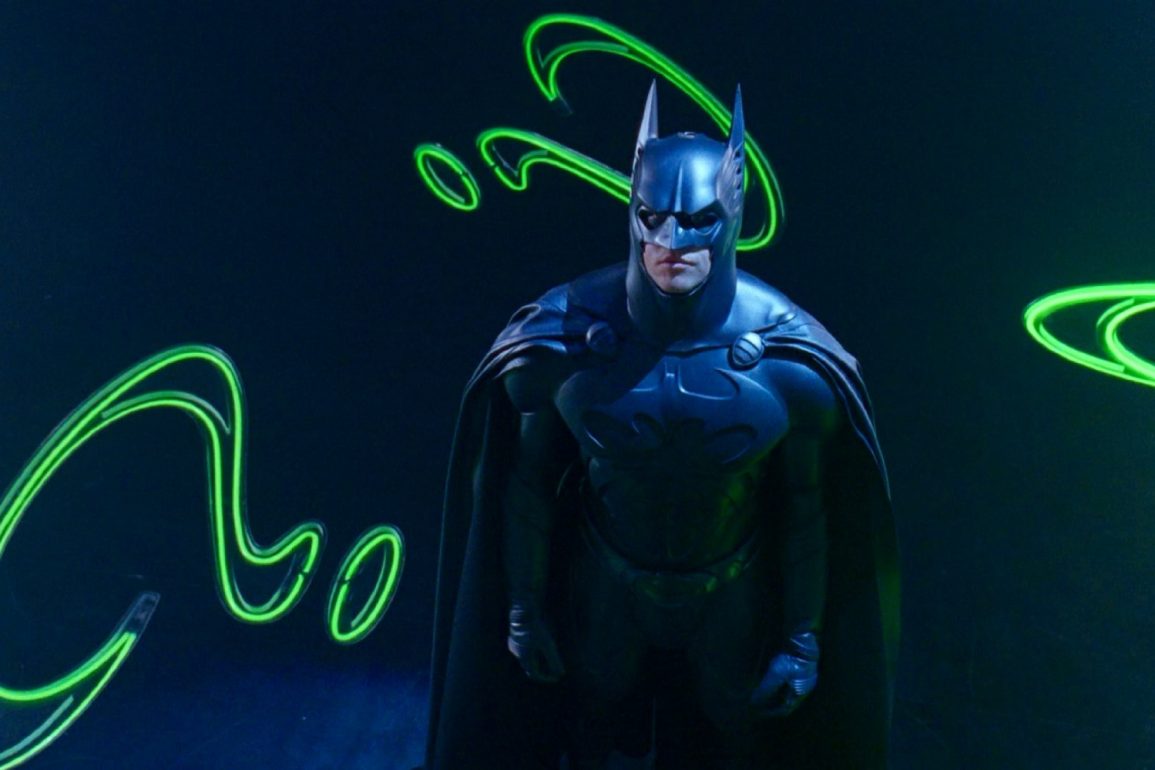 Batman Forever is a fun comedy but it really doesn’t feel like the other Batman movies and has too much humour. It is saved by some nice visuals and Jim Carrey’s zany performance.

Plot: Batman must battle Two-Face and The Riddler with help of an amourous psychologist and a young circus acrobat who becomes his sidekick, Robin.

Review: I know everyone despises this movie but I think it’s a lot of fun; it’s visually stunning and really feels like a comic book brought to life. Jim Carrey owns this movie as The Riddler and he remains one of my all time favourite incarnations of a comic book character.

It’s all pretty much played for comedy and lacks the darkness of Burton’s previous Batman movies. It’s all bright neon lights and I think the finale in The Riddler’s lair just looks fantastic. I also think Val Kilmer did a good job as Bruce Wayne/Batman; he has a haunted look on his face and really brought his own personality to proceedings. Bruce Wayne actually has a purpose in this movie though and we get a bit more back-story to him as well.

Nicole Kidman provides the love interest who basically just wants to shag Batman, but she is good in it and looks fantastic.

Chris O’Donnell was actually alright as Robin and not as annoying as he was in Batman & Robin, which I’ll get to later today.

Tommy Lee Jones is meant to be Harvey Two-Face but is nothing more than a cackling maniac; he knows the movie belongs to Carrey and is basically just there for the paycheck.

There is some truly apalling acting though especially the Security Guard “Oh No! Boiling Acid!” One of the worst pieces of acting I’ve ever seen.

The whole nipples on the suit thing and close ups of Batman’s arse as he suits up basically takes the characters back to the 60’s style camp. I know they were deliberately wanting to make it less dark than Batman Returns but they really stretched it in places.

The score by Elliott Goldenthal is pretty bad too; it has a new theme tune and completely removed Danny Elfman’s work of genius. The new theme is OK… I guess, but it really is just very bland.

There are however, some spectacular set-pieces and like I said it really feels like a comic book brought to life.

Overall, Batman Forever is a fun comedy but it really doesn’t feel like the other Batman movies and has too much humour. It is saved by some nice visuals and Jim Carrey’s zany performance.