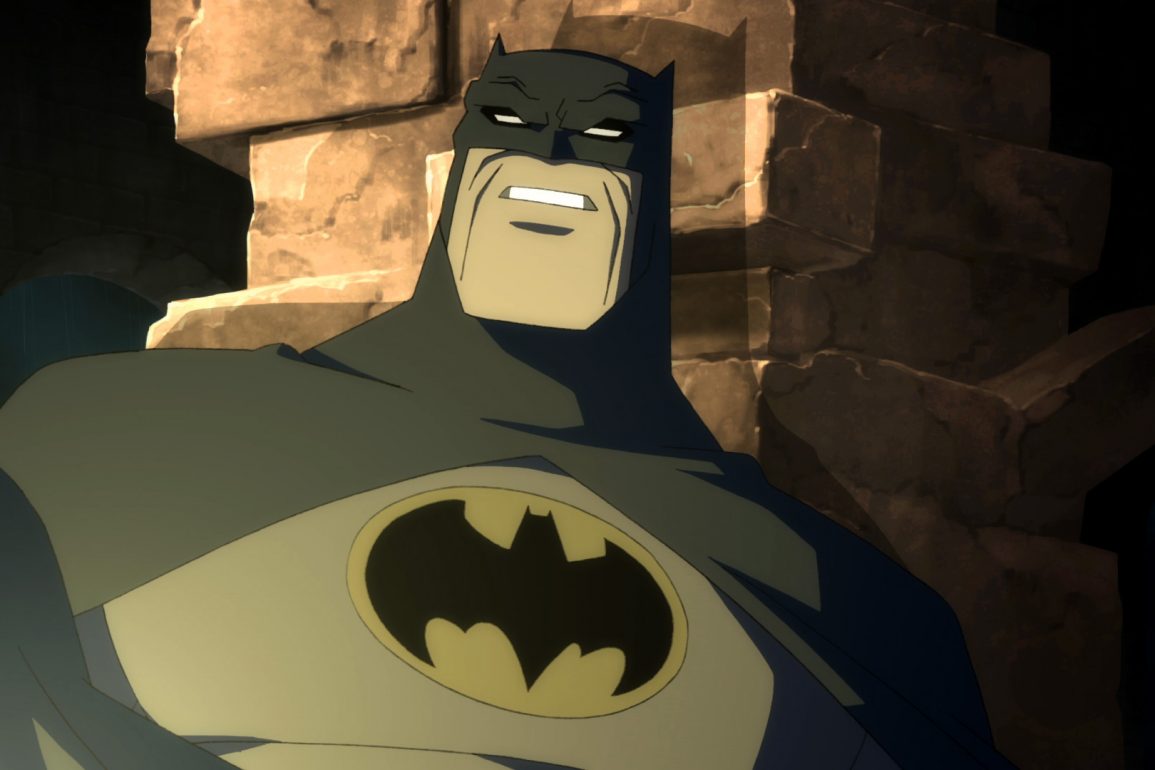 A great Batman film with an interesting story which although familiar to us now has enough action to keep Batfans of all ages entertained.

Plot: “Batman has not been seen for ten years. A new breed of criminal ravages Gotham City, forcing 55-year-old Bruce Wayne back into the cape and cowl. But, does he still have what it takes to fight crime in a new era?”

As most of you know, I’m not a comic book guy, never was, never will be but I’ve always been a fan of Batman. Not sure why, I just am. The character just fascinates me and he easily has the best rogues gallery of any comic book character.

Just when you thought Nolan had made THE Batman films, they go and release this animated Batmofilm and I gotta say that I dug it, a lot. Whenever I see that something is animated I instantly think “kids film” but this is definitely not for the kiddies. It’s pretty violent with blood splattering everywhere and severe beatdowns every few minutes. If you found Nolan’s Batmofilms too talky then this may be right up your alley.

The voice of Batman this time round is “Robocop” himself Peter Weller, who does a fantastic job, although I do keep waiting for him to say “Dead or alive, you’re coming with me!”

The voice-work in general is good and the animation is solid if pretty straightforward. It does look like a comic book come to life though and does the job nicely.

The biggest thing I liked about the film was the music by Christopher Drake, it has an industrial sound to it and has a catchy theme; although not Danny Elfman good, it’s pretty damn good for an animated movie.

The main antagonists in this film are The Mutants who dress like Cyclops from the X-Men and just aren’t as interesting as The Joker and other Bat-Villains. But fear not as the main man does make a brief appearance.

It is a similar story to The Dark Knight Rises in parts and even has similar dialogue “You’re in for a show tonight kid!” This story was of course written by Frank Miller years ago and Nolan has obviously taken the key themes from it and used them in his trilogy. I couldn’t tell you anything about the original comic book as I’ve never read it but it’s apparently one of the best Batman stories and this film seems like it’s done Miller proud with its dark tone.

The pacing is excellent with plenty of action, the batmobile is literally a tank and like I said before the violence is pretty hardcore. Not “Hostel” violent but still, it’s one of the more violent Batman films and makes me wonder what it would be like if they ever did a hard R Batsy film.

Overall, a great Batman film with an interesting story which although familiar to us now has enough action to keep Batfans of all ages entertained.