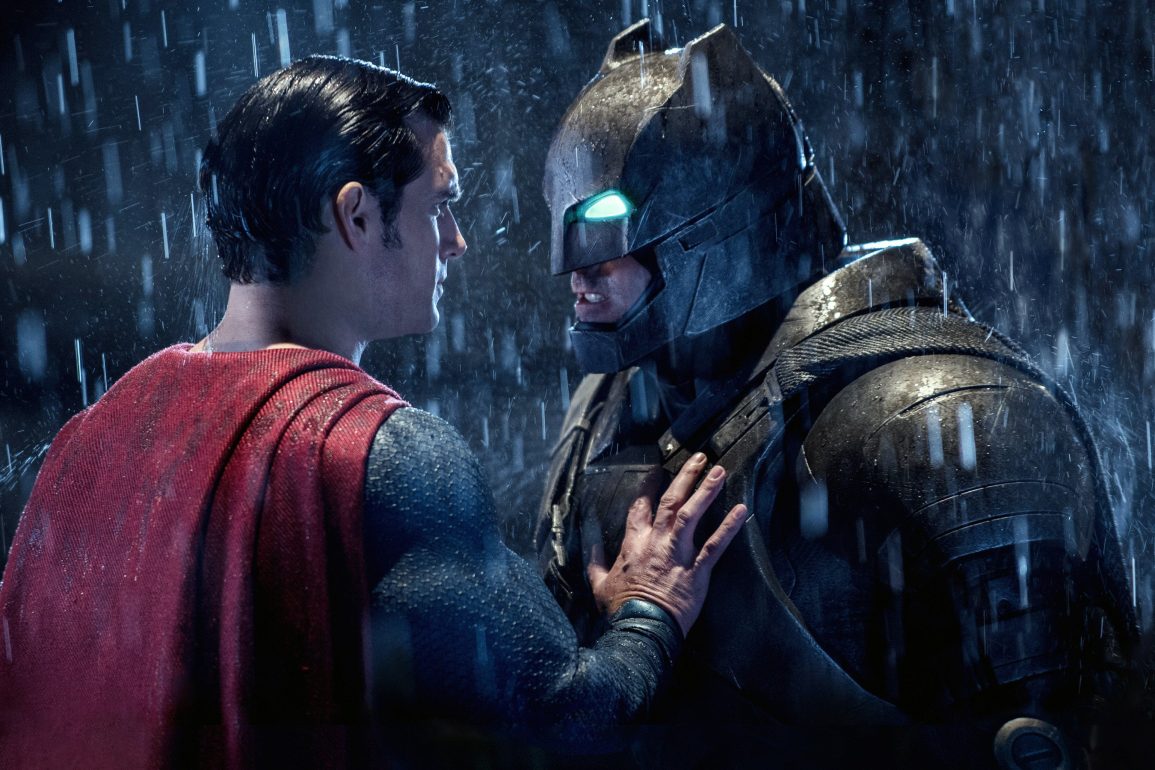 I stand by that I enjoy this movie; yes, the first half does drag but the second half has some awesome action.

Plot: Fearing the actions of a god-like Super Hero left unchecked, Gotham City’s own formidable, forceful vigilante takes on Metropolis’s most revered, modern-day savior, while the world wrestles with what sort of hero it really needs. And with Batman and Superman at war with one another, a new threat quickly arises, putting mankind in greater danger than it’s ever known before.

Review: I’m probably going to get a tirade of abuse for this review seeing as the majority of mainstream critics have been tearing it apart but I’ve never really been one to side with the crowd.

I’ll admit that I enjoyed Man of Steel but thought it was flawed and that trailers for Batman V Superman weren’t all that amazing either so I went in with an open mind expecting a fun superhero movie. I wasn’t expecting to be blown away by one of the best comic book movies I’ve ever watched; people sure are hard to impress these days as this was frankly unlike anything I’ve seen before.

I always get annoyed when the inevitable Marvel vs. DC arguments come up as I enjoy both for different reasons; my two favourite superheroes are Batman and The Punisher so needless to say the past week has been rather special.

I knew I was going to love this movie within the first 10 minutes as we relive the finale of Man of Steel through Bruce Wayne’s eyes. It’s a stunningly realized scene and sets up the story nicely; what I liked is that the pacing is a little slower than Man of Steel and characters get time to breathe; we get to know Bruce Wayne and Lois has more to do this time.

It feels more like a Batman film as he is essentially the central character and his name is first in the title after all. I would also go as far as to say that Affleck is probably the best live action Batman yet and it’s like watching The Dark Knight Returns brought to stunning life. He’s vicious and brutal towards criminals and I know some fans don’t like that he is maybe a bit too nasty towards them but I loved it! This is a Batman who has been pushed to his absolute breaking point and with this new potential threat from an unknown alien entity he will stop at nothing to bring down this being known as “Superman”.

The Batman costume looked better than ever and Affleck was built like an absolute tank; you believe he could take on anyone and come out the winner. He also nailed being Bruce Wayne; he looks world weary and has become bitter and cynical. It’s only by facing this new alien threat that he will learn that “men are still good”.

Henry Cavill has really made the role of Superman his own and he has brought a real nobility to the character but let’s talk a little about the real star of the show: Wonder Woman. This was another complaint people talked about before the movie came out; that Gal Gadot was too skinny and wouldn’t be believable as Wonder Woman. WRONG! (to quote Kevin Spacey’s Lex Luthor).

When she appeared in costume for the first time the audience literally cheered and we finally were introduced to the first big screen female superhero. I can’t wait for her movie as she really was fantastic, even if her role was quite small. Hans Zimmer and Junkie XL’s score has rapidly become one of my favourites with Wonder Woman’s electric guitar theme a genuine highlight.

My biggest worry about the movie was Jessie Eisenberg; I wasn’t sure he was right for the role when I first heard he was cast as Lex Luthor but I will admit that he brought something different to the character. He was twitchy and on the verge of insanity pretty much from the start and there was something unsettling about him too without ever being physically threatening. I can understand why people hated him though as he did channel Heath Ledger’s a little too much at times.

I’ve heard a lot of critics say the film isn’t any fun; are you high? What movie were you watching? This was a blast from start to finish; the scene when we’re introduced to the Batmobile for the first time nearly had me jumping out of my chair. When Batman takes out a warehouse full of goons, it felt like The Animated Series come to life and it’s frankly what I’ve always wanted to see him do.

It’s also not quite the hollow blockbuster that you’d maybe expect with themes of humanity searching for hope and how mankind has essentially killed God explored throughout; this is a surprisingly religious film.

Director Zack Snyder has clearly read a lot of comic books in his time as not only do we get references to The Dark Knight Returns but also more recent stories including Injustice: Gods Among Us.

Is it perfect? No, like I said the pacing is a little slower than in Man of Steel and some story threads are brought up that aren’t fully explained but I have a sneaking suspicion they will be explored in next year’s Justice League movie. If you dislike CGI then this likely won’t win you over; I’m not normally a fan of it myself but with a movie like this it’s inevitable and it’s done well for the most part.

I thought Doomsday looked much better than in the trailers and the visuals in general were very impressive but the 3D did hurt my eyes a little.

Overall, Batman V Superman is a blockbuster in every sense of the word with some spectacular action scenes and visuals the like of which we’ve never seen before. There is almost too much to talk about and perhaps with future viewings I may pick out problems with it but tonight I just let it go and enjoyed it because after all isn’t that what movies are for?