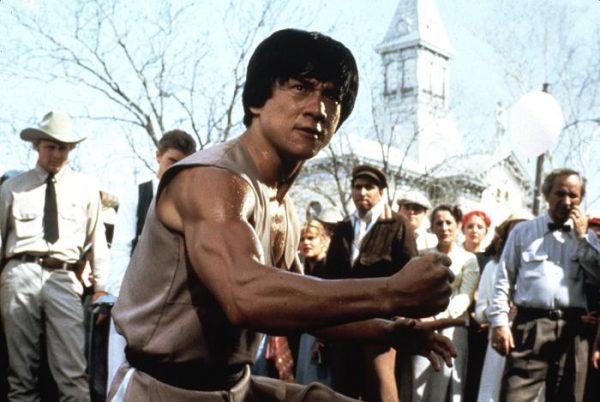 Battle Creek Brawl is a lot of fun with plenty of fight scenes; it’s just a little dated now with some poor acting but it’s great to watch young Jackie do what he does best.

Review: This was Jackie Chan’s first American movie and although not one of his best there’s still plenty to enjoy with fight scenes galore and Chan flavoured humour.

The fight scenes aren’t amazing but they certainly have their moments and watching Jackie take on wrestlers (and generally bigger/slower opponents) was a great way to showcase his skills to an American audience who (for the most part) were unfamiliar with his work.

There is some rotten acting at times and the sound effects were a little out of sync on my DVD version with punch sounds happening despite the fact nobody was punching anything yet.

It’s also incredibly cheesy and quite dated however, it is totally harmless fun and wastes no time getting going. The first fight scene has Jerry Kwan (Chan) confronting some goons after they have threatened his father. They are in an alleyway and in true classic Jackie Chan style he makes it look like he is trying not to fight but still manages to beat them all up and it reminded me of old Charlie Chaplin movies.

The story is straightforward and frankly not all that important as the movie is practically one long fight scene; I thought it really kicked into gear during the finale as Jerry takes on the main bad guys in an empty theatre and that’s the action at its most fierce.

Kiss (H.B. Haggerty) is a particularly strange antagonist who has a habit of kissing his opponents before he knocks them out which made him rather creepy… and probably a bit rapey too so when he faces off against Jerry it’s satisfying stuff as he is no match for Chan’s skills.

Director Robert Clouse directed several classic (and not so classic) martial arts movies in his career but his most famous was Enter the Dragon which you may have heard of. Battle Creek Brawl was not of the same caliber but it’s still entertaining for what it is.

Overall, Battle Creek Brawl is a lot of fun with plenty of fight scenes; it’s just a little dated now with some poor acting but it’s great to watch young Jackie do what he does best.