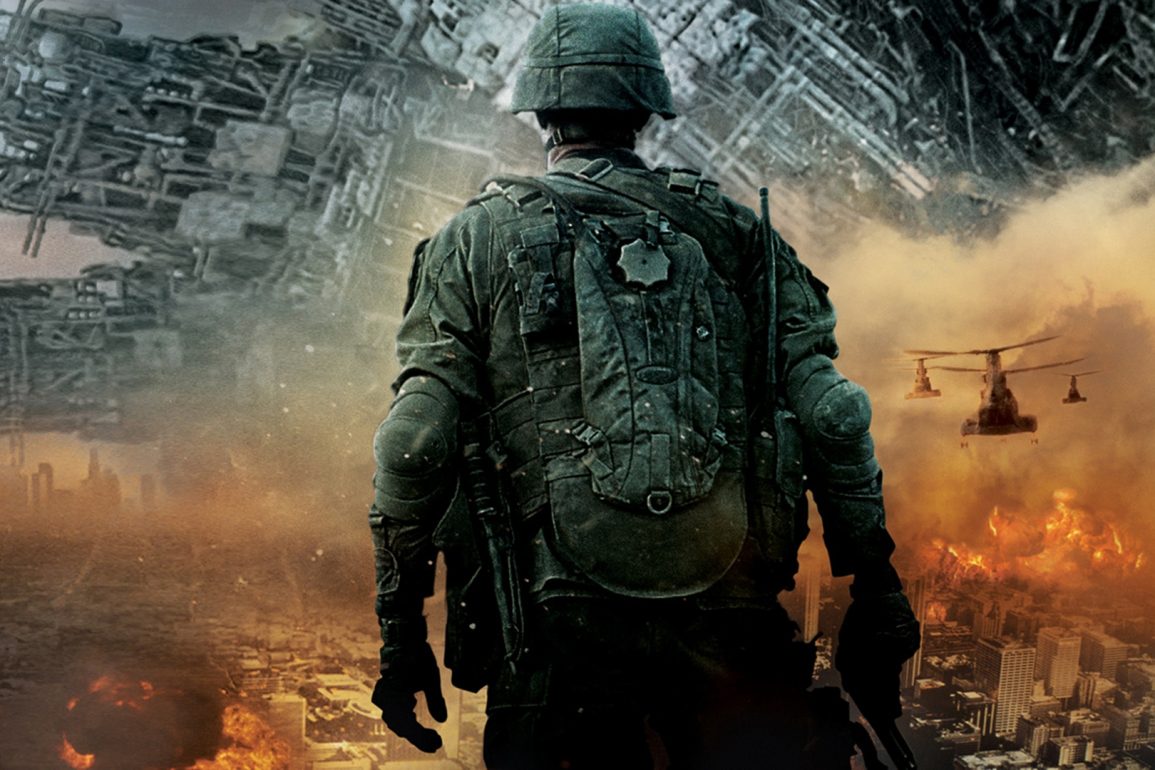 Battle: Los Angeles may be yet another alien invasion movie but there is enough innovation to make it worth investing your time; Brian Tyler’s music score is one of his best and you can never go wrong with Aaron Eckhart.

Plot: For many years, humans have reported various UFO sightings around the world, fueling speculation about the existence of life on other worlds. In 2011, mankind learns the truth the hard way when alien invaders attack. One by one, the world’s great cities fall, leaving Los Angeles as the battleground for humanity’s last stand. It’s up to a Marine staff sergeant (Aaron Eckhart) and his platoon to draw a line in the sand against a powerful enemy unlike any previously encountered.

Review: I just realized I’ve never written a review for Battle: Los Angeles before, so what better time than right now; I actually consider it to be a very underrated film and it’s certainly one of the best alien invasion flicks to come out in recent years.

Brian Tyler’s score was one of the best scores of 2011 as it really added an emotional core to the story, which to me, is what a music score should do.

The action was intense and visceral where you really felt like you were in the heat of battle; the visuals were breathtaking, especially in the opening few minutes with all the chaos in the sky.

Aaron Eckhart did a great job as Staff Sergeant Nantz and you sympathized with what he went through and brought the emotional core to the story (kind of). The other characters however, were bland and forgettable cannon fodder; no one really stood out (aside from Nantz), but who cares? You don’t watch a film like this because you want to see Chinatown, you want smashy smashy and Battle: LA delivers.

The aliens look cool and not the usual bug like creatures so they actually looked like aliens; it would have been interesting to learn more about their motivations though and their homeworld.

Directed by Jonathan Liebesman, he does fine job with the visuals creating a really chaotic atmosphere. If you watch the Blu-ray, you see what he went through to actually get the film made. People can be so quick to bash a film and they have no idea how difficult it is to make a film, especially on this kind of scale.

I think Liebesman did a great job in creating an alien invasion film from the viewpoint of marines; it was something different and you have to give him respect for trying.

Overall, Ballte: Los Angeles is one of the better alien invasion movies of recent times and definitely not deserving of some of the hate it’s received. If you haven’t got the score yet, then pick it up as the music is great, especially the track For Home, Country and Family.