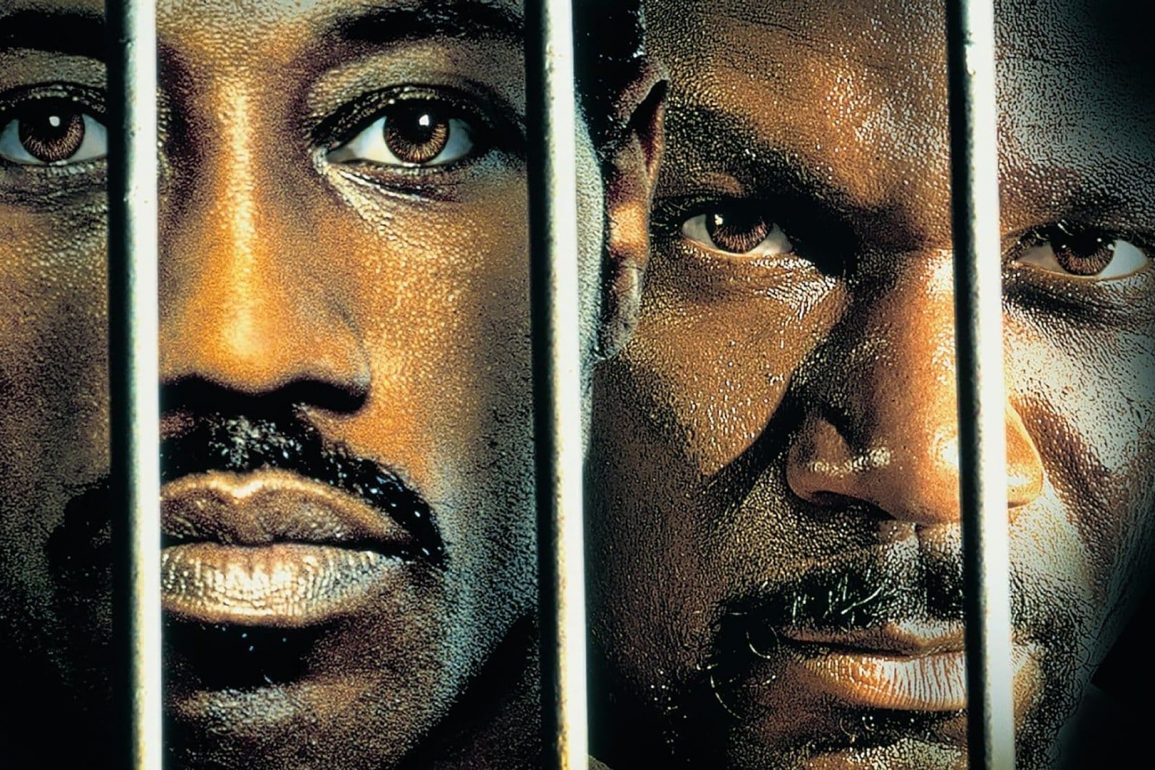 Plot: Tells the story of an undefeated world-champion prize fighter (Ving Rhames) who is convicted of rape and sent to prison, where he must confront and ultimately fight the reigning prison boxing champion (Wesley Snipes). One man fighting for his honor, another fighting for his future … only one will emerge from the ring “Undisputed.”

Everyone always talks about the Undisputed sequels because of Boyka (Scott Adkins) but sometimes we can forget that there was another movie before Scott Adkins and Michael Jai White came along.

Directed by the legendary Walter Hill, Undisputed stars Wesley Snipes and Ving Rhames who are both at their physical best here with fight scenes choreographed by Snipes and his team.

It still feels like the other Undisputed movies as it centers on two fighters in prison preparing to battle each other to see who the true champion is. Rhames plays George “Iceman” Chambers (who Michael Jai White would portray in the sequel) and Snipes plays Monroe Hutchen who is the reigning champ in prison.

This is a more restrained role for Snipes than what we were used to as he says himself in one of the interviews on the DVD that the appeal of the character is that he lived inside his head and was more of an introvert rather than the extrovert characters he would play in movies like White Men Can’t Jump.

Rhames gives Chambers real swagger and is an arrogant and unsympathetic thug sent to prison for rape which he staunchly denies. He was in training for two years before this movie as he was preparing to do a biopic of another boxer but it fell through so he agreed to join Undisputed which worked out well in the end.

Chambers agrees to fight Monroe if he is allowed to go free which can be arranged by incarcerated mob boss Mendy Ripstein (Peter Falk) pulling a few strings. So what ensues are multiple fight scenes as Chambers shows his dominance in prison while Monroe languishes in solitary confinement awaiting the final showdown.

Unlike the Rocky movies that aren’t any emotional stakes in the movie so it doesn’t have much in the way of heart but both actors are still electric with Rhames proving intimidating and almost unstoppable (and hateful) as Chambers. When you think about it Chambers really does have rotten luck as he ends up getting framed at the beginning of Undisputed II and ends up right back in prison.

It’s a fast paced 90 minutes with fights every few minutes but there isn’t much that stands out when you compare it to the martial arts focused sequels; both men are boxers in this entry so there are no fancy moves and this is at its heart a boxing picture which is what Walter Hill set out to do.

The supporting cast includes Peter Falk who spends most of the movie mumbling and the only word you can distinguish is “fuck” which he says regularly but we also get Michael Rooker as the guard who arranges the fights but he doesn’t really get much to do other than that.

Walter Hill is a man’s man when it comes to movies and this is no different giving us tough guys in tough situations and it feels like a throwback to my personal favourite of his Hard Times (with Charles Bronson) where it’s unsentimental and only the strong survive.

Overall, Undisputed is an enjoyable watch as it lays the template for what follows but it’s a rare occasion where the sequels were an improvement in nearly every way. It would have been cool to see Snipes back in the later movies but it wasn’t meant to be so we just have to settle for this which is still entertaining with both leads in full on beast mode.