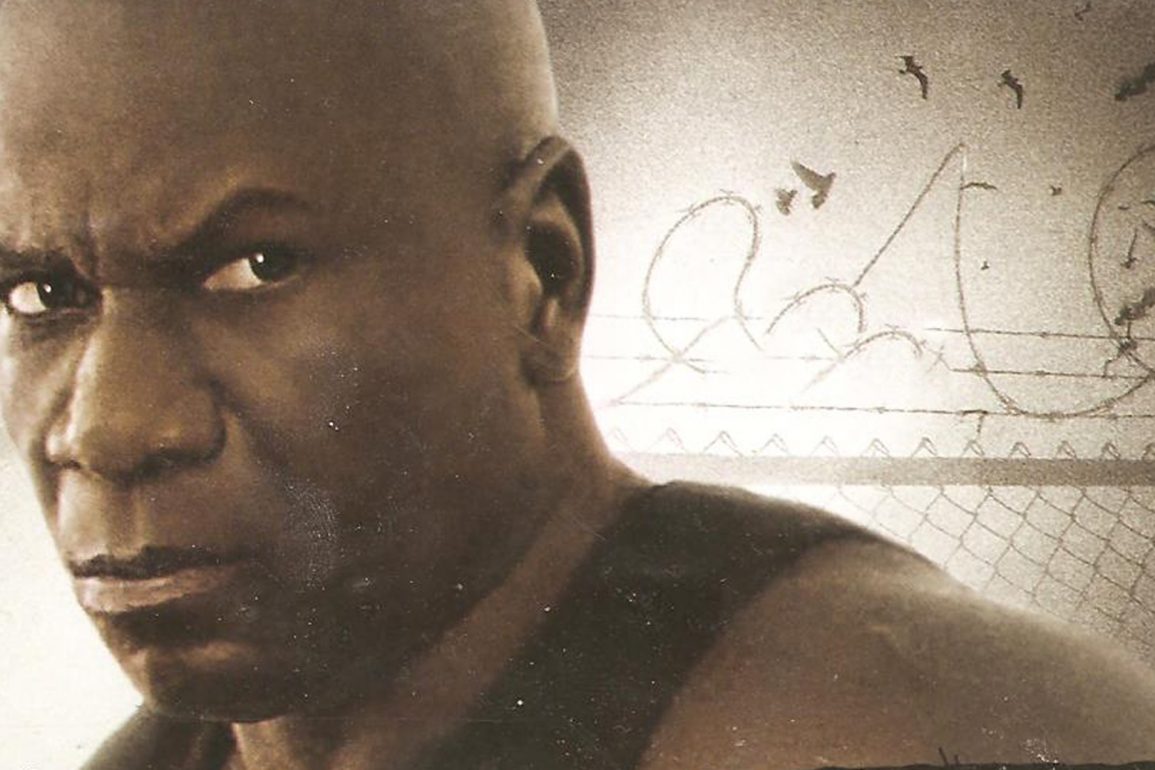 Behind Bars: Looking Back at Ving Rhames in Animal 1 & 2 and Wrath of Cain

I will be going into spoilers so don’t read on if you haven’t seen them.

Plot: When dangerous street thug James “Animal” Allen (Ving Rhames) is sent to prison, he continues his violent ways working for fellow inmate Kasada (Chazz Palminteri). This changes after Animal encounters Berwell (Jim Brown), a revolutionary who introduces him to the writings of Malcolm X. Animal reforms, realizing that murder and crime are destroying his community. After Animal is released, he goes home to find his son, Darius (Terrence Howard), involved in gang activity just like he was.

The ‘Animal’ movies have practically no budget (and look it) and yet I really enjoy them; this first entry isn’t exactly packed with action but it does have some brutal moments and a fight scene with Ving Rhames proves he may be the undisputed champion of the prison action movie genre.

He gives one of his best performances here and comes across as a force of nature filled with rage quickly proving that there is no one in prison who is his physical equal. However, Chazz Palminteri is truly hateful as Kassada, the man pulling the strings behind bars and when James goes against his order killing the man who shot his wife things start to get harder for James.

It’s a slowburn tale for James as he is taught by Berwell (Jim Brown) that the cycle of violence can be never-ending when it is passed from father to son. This is a story of redemption and self-sacrifice and how parents will do nearly anything for their children which is also explored in the second film.

Animal may not be action packed but it’s still engaging due to Rhames’ magnetic performance and there is a constant threat of violence simmering beneath the surface.

Terence Howard also gives an excellent performance as James’s son Darius who is following in his footsteps and becoming a thug; all Darius wants is his father to be around but his resentment has built up over the years leading to a shocking climax.

Overall, Animal may be low on budget but it’s still a mesmerizing prison tale with Ving Rhames at his brutal best with some shocking moments of violence to keep the pace going.

Plot: James “Animal” Allen (Ving Rhames) took the fall for the crimes of his older son (Vicellous Shannon) and is now serving a life term at Folsom Prison.

It’s good thing we never saw James Allen die at the end of the first movie so we are able to understand why he still alive in this superior sequel. Vicellous Shannon replaces Terence Howard as Darius which is a little jarring as I hate when they do that with sequels but it doesn’t take long before you get used to the new face and he gives a decent performance too.

This sequel is far more action packed with Animal back behind bars taking the fall after his son shot him at the end of the first movie. His other son James is framed for murder so Animal has to do what Kasada (Conrad Dunn) tells him or his son will end up in prison.

Ving gives another powerhouse performance here and he is not someone you would want to get into a fight with as he comes across as truly terrifying during the fight scenes.

This is very much left open for a part 3 with several things left unresolved so it’s to bad we never got a third entry as I would like to see Kasada get his comeuppance but also to see the fate of Animal himself.

Like the first movie this doesn’t have much of a budget and it’s obvious but it suits the urban look of the story keeping things gritty.

These movies almost feel like they could have been sequels to Undisputed and maybe in a prison movie multiverse they are.

Overall, Animal 2 has more action than the first movie but I feel like James “Animal” Allen’s story never got finished so it’s too bad we didn’t get a part 3.

Plot: Former street kingpin, “Cain” Skinner (Ving Rhames) is doing life in prison. His desire for redemption kicks into overdrive when he learns that his sentence will be shortened by brain cancer. Now all he wants is to save the lives of his two feuding sons, but it will come with a price.

Next up is Wrath of Cain AKA Caged Animal which once again has Ving Rhames behind bars but this isn’t a sequel to the Animal movies. I believe this was inspired by a true story and despite the grim subject matter it does have a relatively uplifting finale. It’s only an hour and 20 minutes long so it’s once again pretty well paced and another tale of redemption for Rhames.

In Wrath of Cain he plays aging inmate Miles “Cain” Skinner who discovers his son is also now a resident of the same prison so he tries to reconcile with him; Cain’s son Ricky Skinner (Nipsey Hussle) wants nothing to do with him due to not being around for most of his life but when Cain discovers he has a terminal illness the two finally bond. Cain doesn’t want his boy to follow in his footsteps and waste his life in crime but another prisoner known as JD who has his own reasons for wanting Ricky dead.

Robert Patrick doesn’t have a huge role as the Warden but he’s actually portrayed as a reasonable man rather than a lot of the stereotypes you normally see in prison movies.

Wrath of Cain doesn’t really show much wrath from Rhames leaving the action to mostly be fights between inmates (and also a little prison rape just to warn you) but it’s brutal stuff and not exactly a fun watch. The highlight for Rhames is his brief fight with Robert LaSardo as his rival Redfoot but after that scene he isn’t in the movie anymore. I wonder if LaSardo ever gets bored of being cast as a villain all the time; he is good at it though.

Whenever you have generations of families in the same prison it is heart breaking to see the effects it has on them so I was glad to see how this story ended. Both Ricky and J.D work with the warden to educate youths to avoid making the same mistakes they did.

Like the Animal movies Wrath of Cain doesn’t have a huge budget but the story is engaging enough and that constant threat of violence is always there.

Overall, Wrath of Cain doesn’t sugarcoat what life in prison is like so it’s not exactly a cheerful tale but Ving Rhames gives another strong performance.  I think I prefer the Animal movies but this is still an entertaining if somewhat grim tale of redemption.