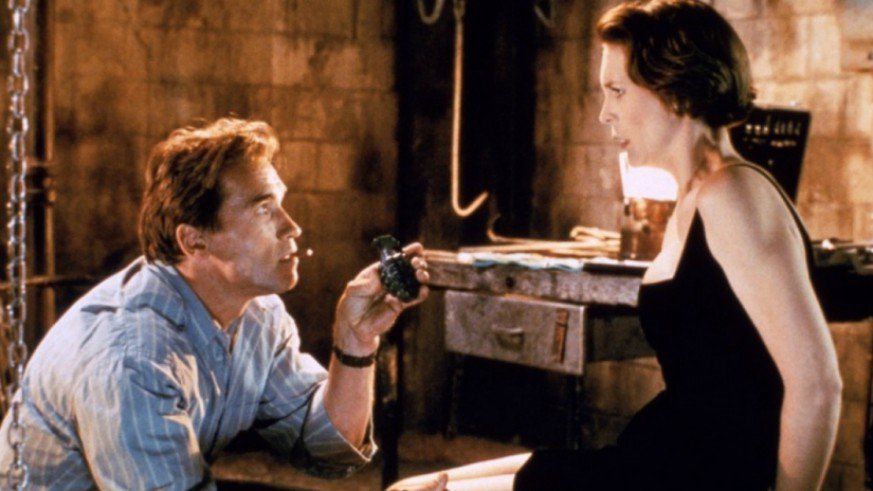 I had no idea how many miniatures were used in the making of James Cameron’s True Lies until I found this little gem of a video below. I also found some B Roll footage showing some nice behind the scenes with the cast and crew. Arnie and Jim Cameron seem to understand each other very well and it makes me wish they did a sequel to True Lies or some more big budget action flicks back in the day.

In the following video several crew members talk about putting together the climactic bridge scene and how the ending got deleted from it which must have been frustrating for all involved. They seem to take it in good humour though as that’s all part of the business.