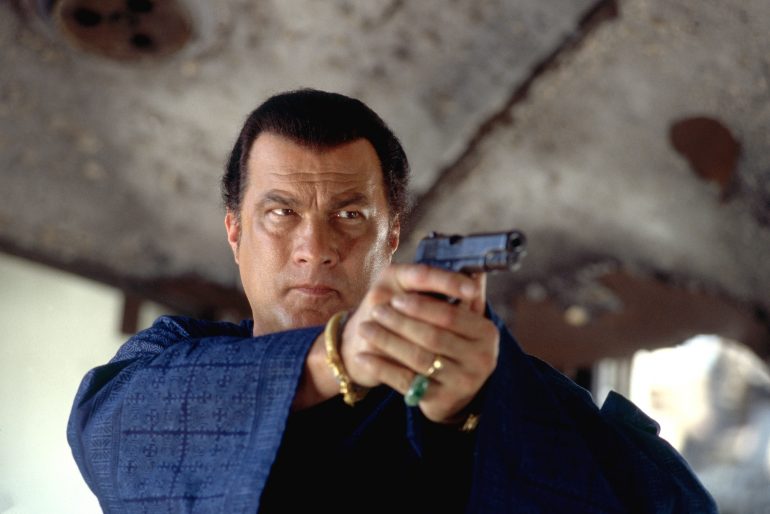 Belly of the Beat isn’t a good film, but it’s entertaining enough with some decent action.

Plot: An ex-CIA agent’s quest to find his kidnapped daughter leads him on a trail of political intrigue, corruption, danger and betrayal; he will stop at nothing to save her.

Review: Surprisingly this movie isn’t about Steven Seagal’s growing weight, but a pretty entertaining Taken-esque movie where Seagal has to rescue his daughter from kidnappers.

I missed the point as to why they actually kidnapped her but it’s just an excuse for Seagal to beat the living snot out of tons of inept henchmen.

I have to say though that I had a lot of fun with this movie; yes it does have a dubbed scene where Seagal was too busy visiting McDonalds to bother finishing the movie, but that aside it’s well paced and has plenty of action.

There are some decent fight scenes from whoever Seagal’s stunt double is, but it sure isn’t him. You can tell by the way he moves as the stuntman is obviously younger and faster than Seagal, which does kinda ruin it a bit.

The music has some cool pounding electric guitars but there is a lot of unintentional humour with Seagal trying to look serious. There’s also a pretty awkward sex scene between Seagal and a younger woman which makes me want to have a bath after.

I love how Seagal is pretty much invincible in all of his movies; he rarely breaks a sweat and never bleeds. He can even beat up an entire police department with no consequences.

It’s nicely shot and quite stylish in places, which lifts it above a 2 star rating.

Overall, Belly of the Beat isn’t a good film, but it’s entertaining enough with some decent action. Unlike Arnold and Sly though I do think Seagal should maybe consider retiring from action, especially if he can’t be bothered finishing his movies.