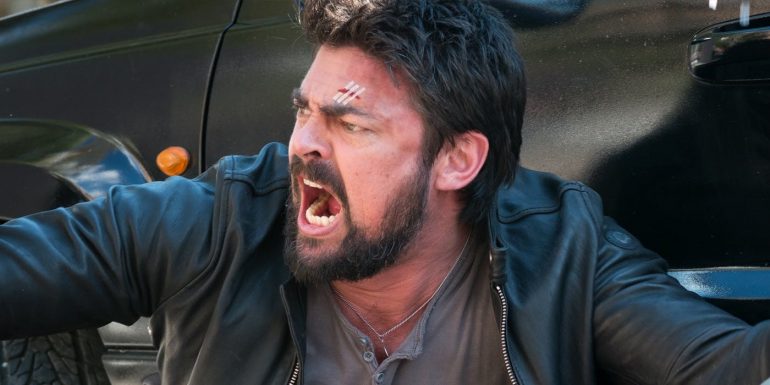 Bent is an entertaining crime actioner with Urban proving he’s one of the coolest leads working today; there’s enough low key action to keep the story propelled and a great supporting cast make this worth checking out.

Plot: On his latest private investigation, a shamed former cop connects a murder case to a government conspiracy involving rogue agents from a top spy agency.

Review: Karl Urban is one of the coolest people working in movies today; no matter what kind of role he’s playing you are guaranteed coolness and Bent is no different.

I finally watched it over the weekend with little expectations as I didn’t know all that much about it but I found it thoroughly entertaining and it got me thinking that Urban would have made a great Batman at some point… or better yet that elusive Dredd sequel we’re all endlessly waiting for.

Urban is perfectly cast in Bent; a story of police corruption with twists and turns where nobody can be trusted and everyone has their own motivations.

It isn’t exactly packed with action and is mostly about Danny Gallagher (Urban) investigating why he and his partner were set up and various shady dealings from a mysterious spy agency but there are enough fisticuffs and shootings to keep things interesting.

Bent has an excellent supporting cast including the great Andy Garcia as Gallagher’s friend/mentor and Sofia Vergara as the enigmatic spy who may or may not be trying to help Gallagher.

It’s all pretty low key with nothing all that spectacular happening but the story engages and there are some choice lines of dialogue too.

Overall, Bent may not be amazing action cinema but for a Netflix film it moves along well enough with Karl Urban at his ruggedly cool best and a satisfying finale.