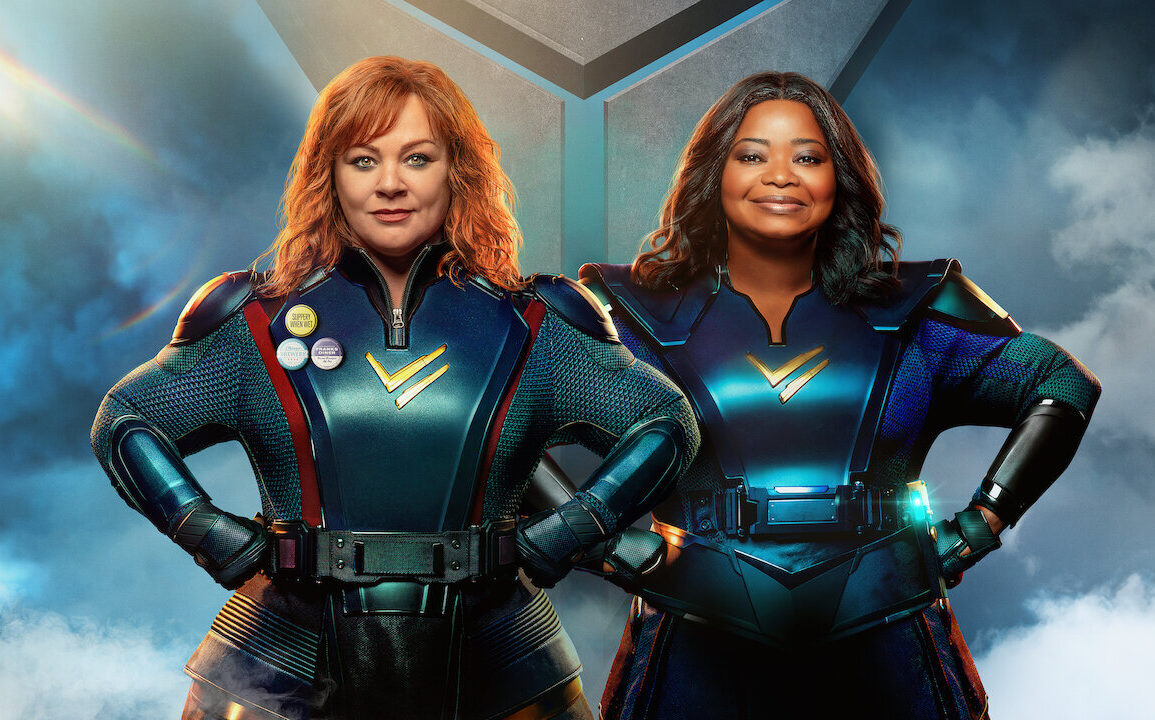 Best Body Positive Action Movies to watch with your partner

This movie stars iconic plus-size actresses Melissa McCarthy and Octavia Spencer as, respectively, Lydia (aka The Hammer) and Emily (aka Bingo). A comedic take on superhero movies more traditionally associated with lithe, musclebound characters, here the heroines are faced with protecting the Earth from supervillains. We flashback to the 1980s for the back story explaining how the girls got their superpowers. Close friends who drifted apart, Emily went on to become a scientist working on a serum, which Lydia takes. Now they unite, equipped to deal with the threat to Earth!

When this body-positive feature was released, not only did audiences lap up the action and large characters, critics loved it, too. It went on to win various awards at film festivals, including seven nominations at the 18th Black Reel Awards.  Ryan (Regina Hall), Sasha (Queen Latifah), Lisa (Jada Pinkett Smith), and Dina (Tiffany Haddish) are former college friends who have all settled into adult lives of varying success. Ryan discovers her husband is cheating. Dina, a party animal, loses her job after one mishap too many. Eventually, they decide to shake off their woes by traveling to the Essence Festival in New Orleans. This film is full of exciting scenes, as the lead characters embrace their pursuit of good times, and their varying body shapes, with relish.

Perhaps not strictly an ‘action’ movie, but this would be worth adding to your date night agenda because it is such a powerful body-positive film. This delves into the arresting world of plus-size models, sparing no punches as it goes into detail about the ups and downs faced by these courageous women. We follow the lives of three oversized models, driven by the desire to counter society’s ridiculous prejudices against those who don’t ‘conform’ to the perceived ‘norm.’ The core message is that individuality and having the confidence and freedom to express yourself can be immensely empowering. In short, these models are on a mission to not only alter perceptions within the modelling industry but reshape how society at large still has a long way to go towards being truly inclusive and welcoming.

Released at a time when ‘chick flicks’ were all the rage, Bridesmaids portrays a bunch of friends preparing for a wedding. Here we get not one but two of what could be described as ‘poster girls’ for the body-positive movement, Rebel Wilson and Melissa McCarthy. The latter portrays Megan, who stands out because she isn’t remotely afraid to speak her mind. If anyone dared to take issue with her curves, she would give it to them, both barrels! There are numerous uproarious scenes as the girls prepare for the nuptials, getting into various scrapes. This is a feel-good movie that you can relish on date night, giving lots of laughs and some tears, but providing a body-positive message. It doesn’t matter what you look like on the inside, it’s your heart that’s important!