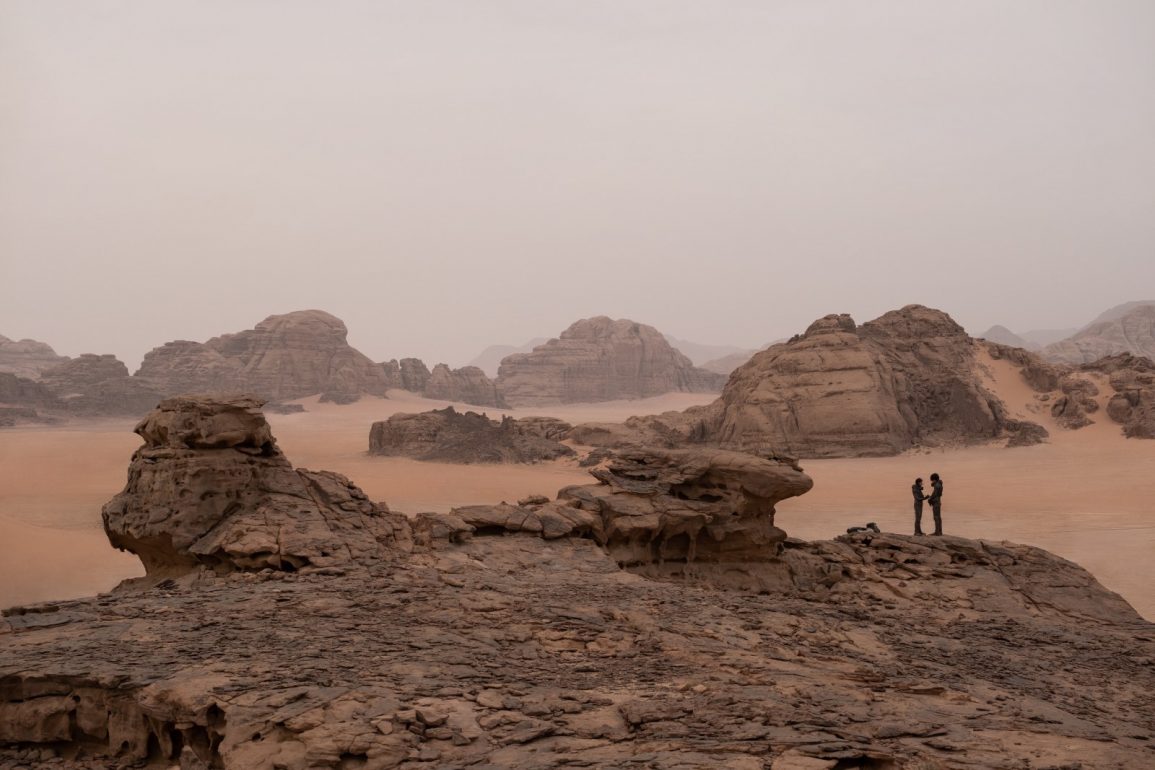 Biggest Issues with the “Dune” 2021 Movie

Inspired by spectacular shapes and spinning forms of sandy dunes, Frank Herbert intended to write an article about magnificent views, but ended up having a bunch of material – that’s how the idea of a desert planet came. The novel became incredibly popular in 1966 and was rewarded by major awards in the science-fiction world “Nebula and Hugo”. Attempts to create a film adaptation were made not only once, but surrealistic images also were never displayed. The long-awaited adaptation of Frank Herbert’s 1965 novel Directed by Canadian director Denis Villeneuve was released this year. Beginning with promising “Part One” and ending with a bluffing declaration “this is just the beginning” Villeneuve`s Dune leaves spectators feeling to have the conclusion missed and beset by ellipsis…

Giant objects, massive landscapes, and striking proportions make you perceive a human being such tiny in comparison to Villeneuve`s power of nature. A large amount of expositions is required to set up that phantasmagorical world: majestic and in contrast, elegant spaceships, movements of sandy waves, endless desert, massive stony installations catch spectacular`s imagination. Make sure you do not suffer from “megalophobia” – a phobia that causes persistent, irrational, and unwarranted fears of enormous things. This fear of huge objects is overwhelming because the megalophobic person contains a conscious understanding that normally these large things are nothing to be fearful of, yet the anxiety of being surrounded by them or seeing an outsized object can paralyze the person with panic.

Dune is this sprawling space epic that focuses on the planet Arrakis – a desert planet, where this spice, a vital resource, is found. And the planet is not empty, the population of Fremens accustomed to surviving in extreme conditions tries to pull through by constructing and developing technologies underground. The major threat on Arrakis is giant sandy worms that are said to be up to four hundred meters long and able to swallow huge harvesting machines. Villeneuve and co-writers Jon Spaihts and Eric Roth create clear plot lines that emphasize the contemporary colonial parallels. A story in which mineral resources in a vast endless region, that is found hostile and dangerous yet irresistibly profitable, are told to be sufficiently vital that great lords take a risk and battle over them.

According to the director, Herbert`s books are supposed to be adapted as a trilogy. The first two parts will be retelling the novel’s plot of “Dune” and the third about a continuation of “Dune Messiah” – the Best-selling Science Fiction Adventure of All Time. So far, the studio had not yet given the masterpiece the green light, but Denis has been fully following his idea, and screenwriter Eric Roth has begun writing the second part a few months before the release. As the first chapter of any other sequels, “Dune” gets you to know with characters and settings, general plot, leitmotif, and keynotes and lets an audience make out Denis` alternative of the immortal novel. There are learned crucial events that force the main character Paul Atreides to his long journey. As he was intended, Paul overcomes the complete story arc consisting of straggles, mother`s terrifying mortal testing, encountering Freemans. After meeting Freemans a fresh start in his life begins, therefore “Dune” ends at a logical and essential point, however, this moment is debatable since Timeout mentioned that “Dune” is made without an ending and ends unexpectedly.

Even though “Dune” was seen months before it was officially released on a big screen, film critics overly strict commented that Denis had omitted important themes and left non-obvious conflicts to be resolved in the future. Taking into consideration incredibly complicated material whereas previous attempts to adapt the novel failed miserably, while Denis has successfully finished the first part of the beginning tale.

Whether you have already seen the film, we recommend you to spend time playing your lovely games in one of the reliable and secure online casino on RealMoneyCasinoOnline.

Also, you could find other reviews about “Dune” on our website here.