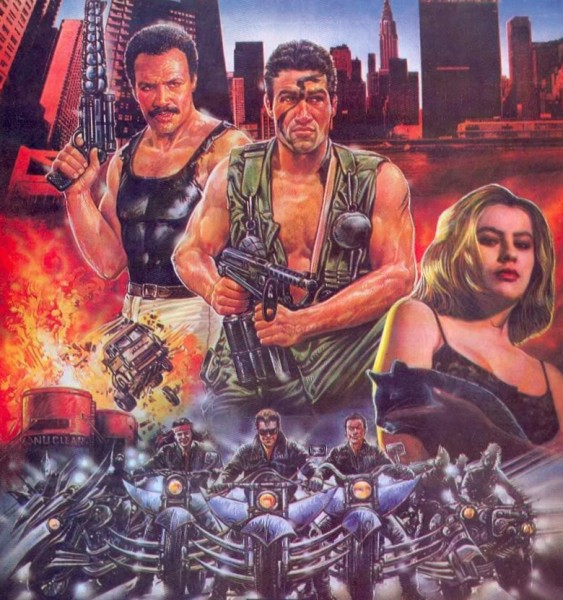 There’s nothing new about Black Cobra but Fred Williamson’s sheer baddasery and the decent amounts of action make it a fun watch.

Plot: A lone cop struggles to protect a female photographer from a gang of psychopathic bikers.

Review: If you’ve seen Cobra or Dirty Harry then you’ve pretty much already seen this low-budget exploitation clone starring the legendary Fred Williamson. As always he is as cool as can be but there’s no denying that it all feels very familiar. Even during the climactic shoot-out our hero practically recites word for word Dirty Harry’s infamous “Do you feel lucky?” speech.

Williamson worked on a few low budget Italian movies in the 80s from the Black Cobra series to the Bronx Warriors. They were basically rip-offs of other, better movies but they were a lot of fun and I have always had a weak spot for Exploitation films in general.

The dubbed acting isn’t actually the worst I’ve ever heard but even when it’s dubbed you can tell the acting isn’t the greatest.

There is plenty of action though and I really enjoyed the Black Cobra gang who were pretty nasty. It’s well paced and like I said, Williamson classes up the movie by simply walking on screen. He’s got some awesome lines and he just has a “I don’t give a shit” attitude which I love to watch.

There are some lines which clearly haven’t been translated to English very well and make little sense but that’s part of the enjoyment.

The score is very 80’s but it has a wicked electric guitar throughout  and adds to the whole neon coloured vibe.

The shoulder pads in this movie are of epic proportions and there is some unintentional humour in places too.

Overall, there’s nothing new about Black Cobra but Fred Williamson’s sheer baddasery and the decent amounts of action make it a fun watch.