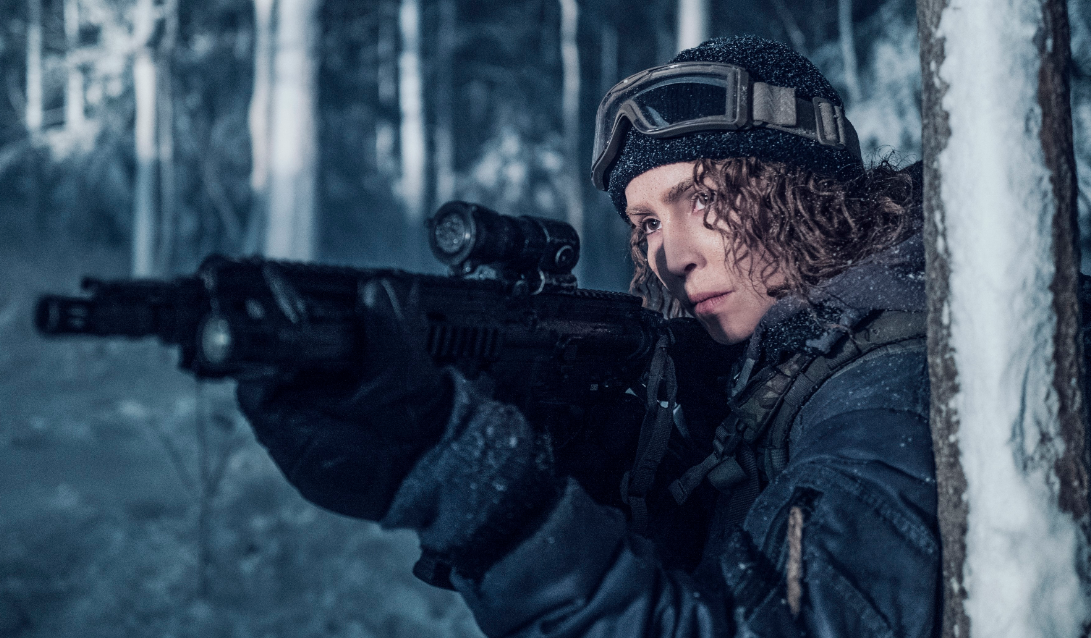 Black Crab is not without its moments with some moody visuals and regular impressive action scenes; Noomi Rapace gives a decent performance as Caroline even if she isn’t all that sympathetic but it’s such a depressing film and leaves you with nothing. Some of you may love it and some will hate it both of which I understand but I think it was released at a really bad time and is not something I would rush to sit through again.

Plot: BLACK CRAB is a Swedish action thriller set in a post-apocalyptic world torn apart by war. During a long, harsh winter, six soldiers embark on a covert mission across a frozen archipelago, risking their lives to transport a mysterious package that could end the war. As they enter hostile enemy territory, they have no idea what dangers lie ahead or who–if anyone–they can trust. But for speed skater turned soldier Caroline Edh, the mission is about something else entirely. Starring Noomi Rapace in a film directed by Adam Berg, BLACK CRAB follows six soldiers on a desperate mission to bring an end to the war which has destroyed their lives.

Review: *Mild spoilers ensue* Noomi Rapace has made a name for herself in recent years as a bit of an action star and her latest is the Swedish action picture Black Crab which is on Netflix from today.

In case you’re wondering why the movie is called Black Crab, it’s the name of the operation the team go on across the ice with an enigmatic package that could potentially end a war. When given the mission they are told it will be under cover of night (thus the Black) and they will move sideways (like a crab), so now you know. They do this on ice skates which is one of the most innovative ideas I’ve seen in an action movie for some time giving us some really moody visuals throughout.

It’s no wonder Black Crab didn’t get a theatrical release as it isn’t exactly blockbuster fare and is essentially 2 hours of misery that doesn’t even give us an uplifting ending. If I wanted to be depressed I’d watch the news because not only is this about a war but also a virus (sound familiar?) so this isn’t a movie I’ll be watching regularly.

We never find out who the opposing side in the war is; they are just known as “the enemy” and we also never find out why they are fighting. This is all about the mission and if this ragtag group can make it across the ice and save the world.

Black Crab certainly has its moments with plenty of visceral action scenes, an ominous music score and haunting visuals; it’s also never boring but when you spend nearly 2 hours in a dystopian future you need to be given some hope by the end which we don’t really get here.

Noomi gives a strong performance as Caroline Edh especially as a mother grieving over her missing child, which is her motivation for going on this suicide mission; she isn’t especially sympathetic but the flashback scenes with her daughter show her with some humanity but the war has otherwise stripped most of it away.

The rest of the cast aren’t given much in the way of depth and you’re just counting down to each of them getting killed off.

Overall, Black Crab has some slick action scenes and a creepy atmosphere but it’s just so relentlessly gloomy and leaves you with nothing that it’s just not a movie I would want to watch all that often.