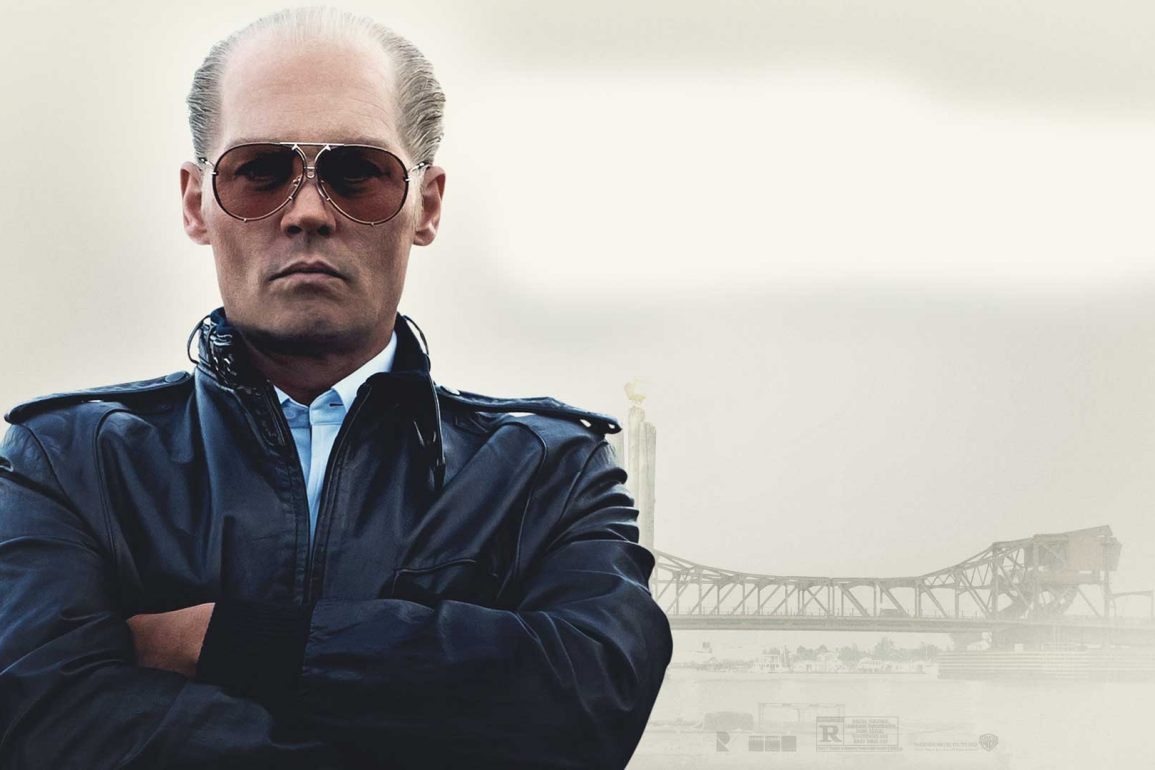 Black Mass is a real return to form for Depp and he gives his best performances in years, however, something just didn’t quite click for me with the finale and I far prefer Blow or Donnie Brasco.

Plot: While his brother Bill (Benedict Cumberbatch) remains a powerful leader in the Massachusetts Senate, Irish hoodlum James “Whitey” Bulger (Johnny Depp) continues to pursue a life of crime in 1970s Boston. Approached by FBI agent John Connolly (Joel Edgerton), the lawman convinces Whitey to help the agency fight the Italian mob. As their unholy alliance spirals out of control, Bulger increases his power and evades capture to become one of the most dangerous gangsters in U.S. history.

Review: The gangster genre is one of my absolute favourites and I was particularly looking forward to Black Mass as it’s been a while since we’ve had a truly great gangster flick. Black Mass may not be quite as game changing as I’d first hoped but it’s still massively entertaining.

Johnny Depp is mesmerizing as Jimmy “Whitey” Bulger and he’s never been more terrifying; every moment he is on screen you are dreading what awful thing he’s going to do next.

He’s certainly hard to root for but he is marginally humanized by his love for his son; he has a particularly humorous scene as he teaches the boy that if he is to punch someone then he should never get caught.

It’s funny and yet quite scary at the same time. Needless to say this is Depp’s best role in years and it’s nice to see him back on top.

Benedict Cumberbatch is revelatory is Jimmy’s Senator brother Billy and his American accent is spot on. He tries to keep separate from his brother’s murky dealings but circumstances begin to spiral out of his control.

Joel Edgerton is a good actor but for some reason I just couldn’t take to him in this movie; I know we’re kind of not meant to as his FBI agent Connolly is really no better than Bulger but there was just something else that didn’t grab me.

The rest of the cast are excellent, including Kevin Bacon and Peter Sarsgaard but this is Depp’s movie and he certainly has at least earned an Oscar nomination for his terrifying portrayal of Bulger.

The movie is obviously pretty violent and quite disturbing in parts but it’s not as violent as say Goodfellas or Casino. There is the constant threat of violence throughout and you are in no doubt what kind of man Bulger was.

So why have I only given it 3.5 stars? Well it’s an excellent movie but I think it’s because it’s a true story, so you know how the story ends before going in. There isn’t a big tension filled finale, instead it basically fizzles out and leaves you feeling nothing.

Overall, Black Mass is a real return to form for Depp and he gives his best performances in years, however, something just didn’t quite click for me with the finale and I far prefer Blow or Donnie Brasco.