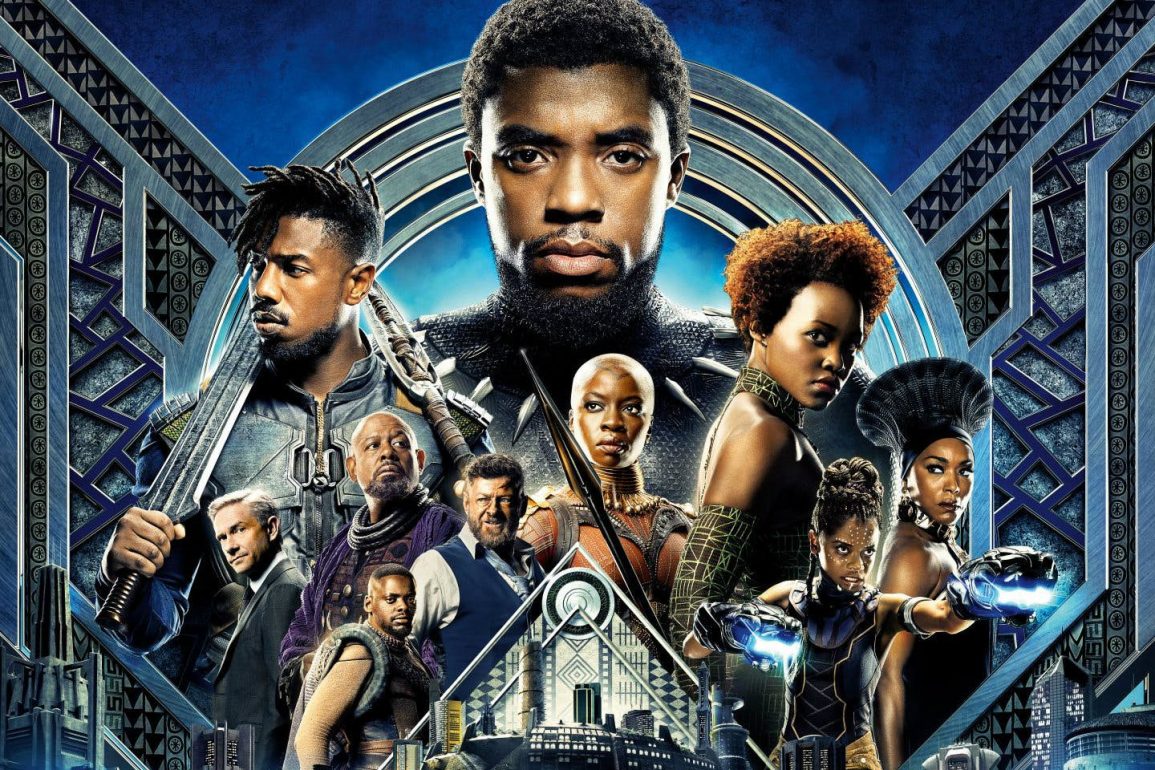 Arguably the best Marvel movie to date, Black Panther opens up an exciting new world with entertaining fight scenes and for once there’s actual drama and great characters.

Plot: After the death of his father, T’Challa returns home to the African nation of Wakanda to take his rightful place as king. When a powerful enemy suddenly reappears, T’Challa’s mettle as king — and as Black Panther — gets tested when he’s drawn into a conflict that puts the fate of Wakanda and the entire world at risk. Faced with treachery and danger, the young king must rally his allies and release the full power of Black Panther to defeat his foes and secure the safety of his people.

Review: I know I wasn’t going to cover superhero movies anymore on this site but frankly there isn’t much else going on just now and this is one of those films that everyone is talking about.

Although I wasn’t a big fan of Captain America: Civil War my favourite aspect was T’Challa / Black Panther who has rapidly become my favourite MCU character to date, mostly due to his awesome costume. Chadwick Boseman was born to play this role and he brings a dignity and nobility which we haven’t really seen in the MCU so far.

I went into Black Panther expecting another generic Marvel movie filled with too much goofy humour and zero drama but was frankly blown away. For me, Black Panther is easily the best MCU movie so far and one that I want to see again on the big screen. There is some humour but the tone is mostly serious and the plot is genuinely dramatic and arguably Marvel’s most political yet.

The world of Wakanda is beautifully realized and we really get a feeling for the inner machinations, culture and people. The African costumes and set design are just stunning and all I was thinking throughout was that I wish I lived there.

Once again Chadwick Boseman nails it making T’Challa a total hero whose main priority is the well-being of his people; I liked how Wakanda is so insular that they will not share their technology with the rest of the world which is the cause of a lot of friction between tribes.

This is also the motivation for our main villain Eric Killmonger (great name) played by an excellent Michael B. Jordan who wants the throne of Wakanda for himself as he feels they can rule the world with all of this power at their disposal. There is far more to his character but I don’t want to go into any spoilers here. Jordan brings real swagger and menace to Eric but you also understand why he is angry, making him one of the most memorable Marvel villains to date.

The supporting cast too are all fantastic and Andy Serkis is particularly entertaining as the batshit crazy mercenary Ulysses Klaue. Danai Gurira nearly steals the movie as Okoye; a General whose loyalty to Wakanda is unwavering.

There is such imagination on display in this movie that I was just stunned at how they came up with some of these ideas, but also how some of the magnetic technology actually does exist in real life. The whole idea of The Ancestral Plain where you can communicate with your deceased loved ones is one of the best creations in the Marvel Universe and something that is genuinely beautiful.

The music score is just incredible mixing hip-hop beats with African tribal chants and orchestra so it will be making its way to my iPod very soon.

There is (for once) real drama which I have found to be lacking in many of the recent Marvel movies; people actually die and don’t come back but you also have a real emotional connection to these characters.

It is admittedly a little slow in parts but that was never a big issue to me as I was just loving being immersed in this new world. I hope we get a series of Black Panther movies as I need to make regular trips to Wakanda.

So what of the action which is why we’re all here after all? Well, Boseman was trained by the great Marrese Crump for the fight scenes which are impressive and satisfyingly violent too. This is one of the bloodier MCU movies to date which actually adds to the sense of threat. There are a few one on one fight scenes mostly between Black Panther and various challengers to his throne but one of my favourite scenes was a car chase through Busan. There is sometimes too long a break between some of the action scenes but like I said, I was so engaged with the characters that I didn’t mind.

The finale is the perfect mixture of futuristic tech meets tribal warfare and by the time it was over I just wanted to watch it again. Although there is CGI in the movie (which I normally bitch about) it really didn’t bother me this time and just added to the world building.