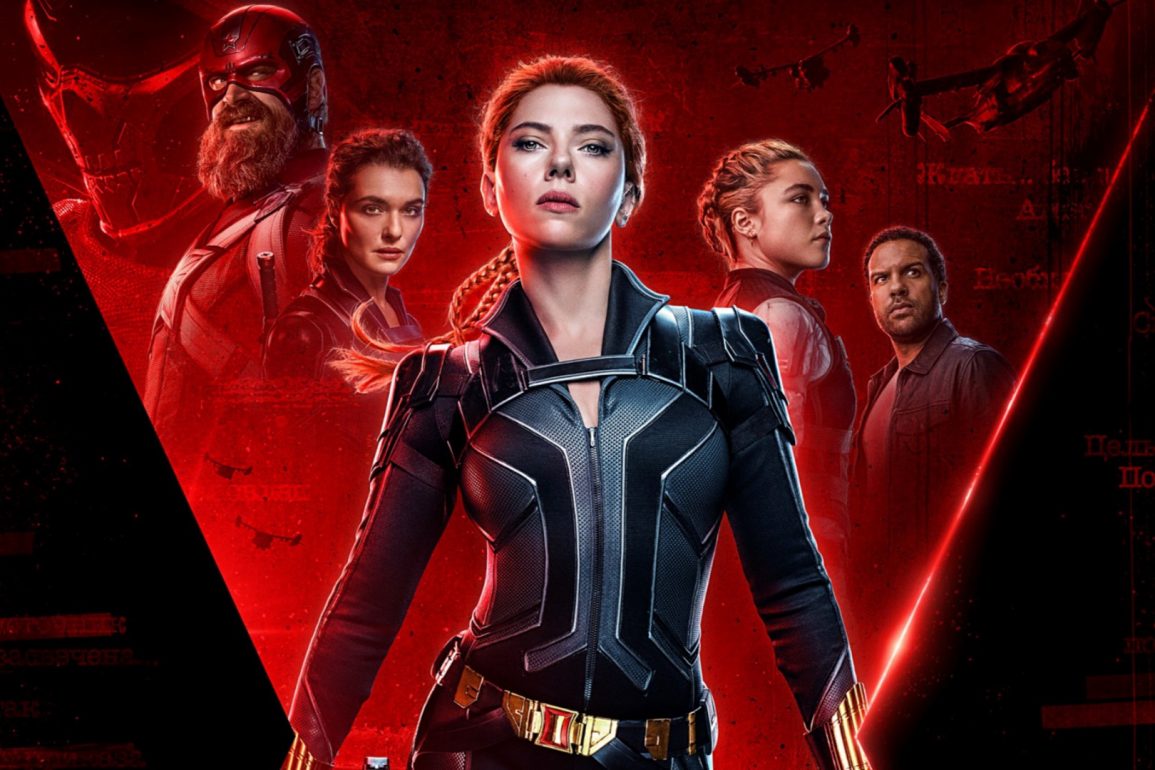 Black Widow has an action-packed first hour and there is an entertaining family dynamic that gives this tale more heart than expected; it comes to a standstill around the halfway mark making it longer than it needs to be but this remains entertaining popcorn fare.

Plot: In Marvel Studios’ action-packed spy thriller “Black Widow,” Natasha Romanoff aka Black Widow confronts the darker parts of her ledger when a dangerous conspiracy with ties to her past arises. Pursued by a force that will stop at nothing to bring her down, Natasha must deal with her history as a spy and the broken relationships left in her wake long before she became an Avenger.

Review: This past year I’ve grown rather fond of the MCU; before I could take it or leave it but with all of the craziness it’s been nice to escape into another world so I’ve rewatched a lot of the films to refresh my memory as a lot had happened over the course of 10 years.

Black Widow was one of the victims of COVID having its release date moved a few times and now it’s finally here, but is it worth the wait?

I thought it was an odd choice to release this film after Avengers: Endgame; (spoiler alert for Endgame) Black Widow AKA Natasha Romanov was never a character that particularly interested me because she came across as cold so after her sacrifice in Endgame, I didn’t feel anything as I hadn’t really grown to care for her.

If this film had come first, it would have given extra weight to Endgame and Black Widow’s payoff would have had more emotional impact.

The first hour of Black Widow is action-packed and keeps a relentless pace going while also giving the characters time to develop. I especially enjoyed the relationship between Natasha and her sister Yelena (Florence Pugh) which gave the film more heart than I expected. We finally get to know more of Natasha’s backstory and she is fleshed out feeling like a more rounded character. Yelena is tough but appealing as she laments her stolen childhood and really just wants to have a normal family.

David Harbour nearly steals the show as Alexei Shostakov AKA Red Guardian providing a lot of the humour especially one scene involving a helicopter which I personally found hilarious. Rachel Weisz also never disappoints and at various times we are made to question whose side she is really on…

Ray Winston makes for a fittingly mean villain even if he isn’t all that memorable, but he has a commanding presence which makes him more intimidating.

Like so many modern blockbusters however, Black Widow nearly comes to a complete standstill in the mid-section where the pacing stops stone dead. Up until then we had some awesome fight scenes and Taskmaster made for a cool adversary (although comic fans may be irked by how different the character is from the comics) but I felt was a little underused. It’s like in Civil War when they are all at the farmhouse; there is a scene like that in this which gives the characters time to breathe but it needed to be tighter as it got dull quickly making the film longer than it needed to be.

There is a lot of noticeable CG especially with every single explosion and as always for the finale it goes a little into visual effects overload but to be fair they are for the most part effective and at least there isn’t a giant laser that fires into the sky.

This is a darker tale than what we usually see in Marvel movies and I don’t feel like it would be suitable for younger kids but then I was 9 when I watched the original RoboCop and look how I turned out… wait, never mind. Tonally it’s similar to Falcon & The Winter Soldier so these post-Endgame tales all feel genuinely connected.

Aside from the main Avengers theme the Marvel music scores haven’t exactly been iconic and Black Widow is no different but it’s still impressive giving us some epic Russian sounding choirs especially over the end credits which was a highlight.

Overall, Black Widow has some spectacular action scenes especially in the first half but is let down by a sagging mid-section and noticeable CG; it’s nice to see Natasha get a proper movie of her own and Scarlett makes her more appealing than she has ever been. There are some heartfelt moments and touches of humour (without going overboard) to make this a fitting send off for the character.