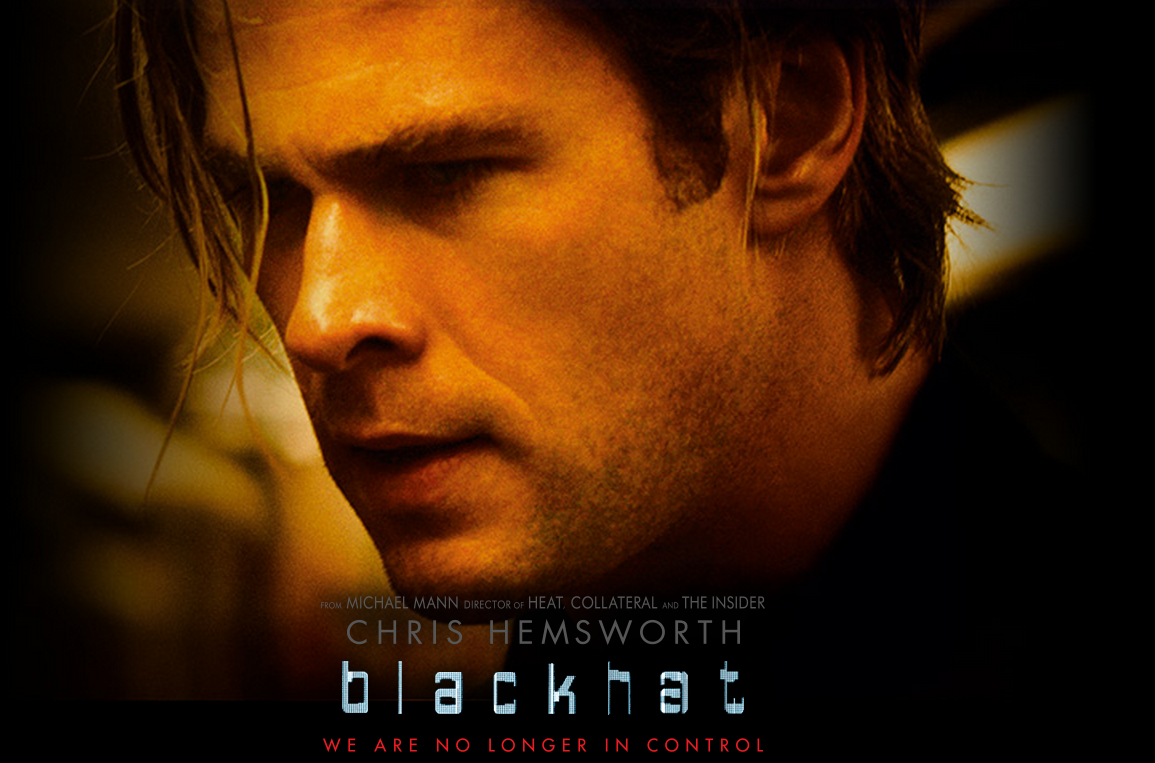 Blackhat is painfully slow in parts but the sheer craft on display and attention to detail is laudable, making this and American Sniper a welcome start to 2015.

Plot: A furloughed convict and his American and Chinese partners hunt a high-level cybercrime network from Chicago to Los Angeles to Hong Kong to Jakarta.

Review: Blackhat has been one of my most anticipated movies because I am quite happy to admit that I worship at the altar of Michael Mann. I think he’s one of the all-time great movie directors and a new film from him should always be celebrated.

Many critics have given this movie poor reviews and I have to admit that I couldn’t disagree more with them. Yes, this movie is a little slow in the first half and some of the dialogue is hard to make out (which is a common complaint with some Mann films) but aside from that, Blackhat is pretty much Mann back on top form.

It’s a refreshingly adult-oriented action thriller which doesn’t insult the intelligence of the audience and has stellar performances from all involved. It’s hard to believe that the Chris Hemsworth in this movie is the same guy that plays Thor; his accent is first rate and Nick Hathaway is one of his more interesting characters.

Hemsworth really did a lot of research and training for this role; he genuinely learned about writing code and hacking, exploring the world of the movie. Where some people may think this movie lacks tension, I found the concept quite terrifying; just how easy it is to type in some computer codes and make things fall apart so quickly.

My favourite character was arguably Viola Davis as Barrett; she was incredibly sympathetic and felt very real too.  For her role Viola apparently visited Michele Leonhart at the DEA and learned about women in law enforcement and attitudes so she could be completely immersed in the role.

As with every Mann film technically it’s flawless; there are few directors who can make nighttime look so good and Blackhat is beautifully shot. It’s nice to see it’s all shot in locations you don’t normally see in Hollywood films.

I always look forward to hearing the music in a Michael Mann film as it is always so important in creating the atmosphere. Interestingly enough with Blackhat composer Harry Gregson Williams complained that his score was barely used in the film and was replaced at the last minute.

I still loved the music we got in the film though and certain moments just stick in my head. I loved the music that played as Hathaway is in the taxi with Chen Lien (Wei Tang); he stares at the back of her neck and her body and the scene is incredibly sensual without being over the top sexy.

It’s great to see Andy On who plays Alex Trang in a Hollywood movie, who you’ll know from Once Upon a Time in Shanghai and Special I.D. Hopefully this gets him more recognition and we can see him in bigger roles here in the future.

Now on to what really matters, the action; as with the majority of Michael Man films the shoot-outs in this movie are incredible. The action highlight is definitely the tunnel shoot-out which is deafening and thrilling at the same time. Mann always manages to make shoot-outs sound amazing and this is no different; there are several moments where the action is just breathtaking and the finale is thoroughly satisfying too.

Overall, Blackhat is painfully slow in parts but the sheer craft on display and attention to detail is laudable, making this and American Sniper a welcome start to 2015.