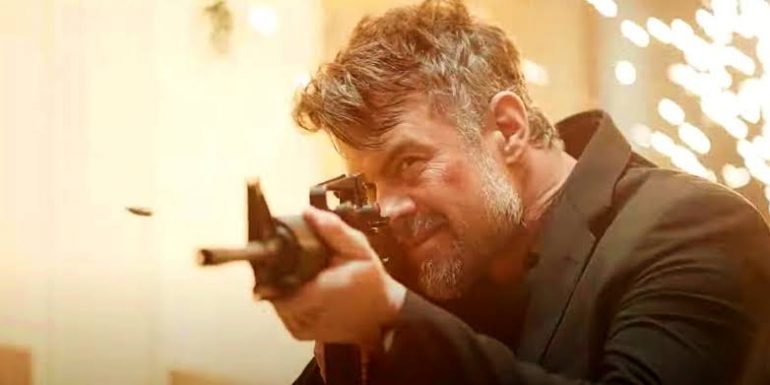 Blackout may not be anything new but it’s still easy to sit through as it has a short runtime, plenty of action and a decent cast so it’s worth checking out if you have Netflix.

Plot: A man wakes in a hospital with no memory, and quickly finds himself on the run in a locked down hospital with the Cartel on his tail. He scrambles to find his true identity in the most vicious way.

Review: I’m not normally a huge fan of movies where the main protagonist has amnesia as we’ve seen it so many times it’s hard to come up with anything original. Blackout is yet another film with that storyline however, it’s actually still a lot of fun with Josh Duhamel making for an interesting lead where we are questioning whether he is truly a hero or villain and it keeps you guessing right up until the finale.

It’s around 80 minutes long so it wastes no time in getting going and the short runtime makes it an easy watch. There are several brutal fight scenes and some vicious kills which earns the R rating helping it stand out to make it one of the few Netflix films I would happily sit through again.

The supporting cast is impressive including Nick Nolte who somehow is just hilarious with every line he delivers coming across as manic even during normal conversations. I also like Abbie Cornish who may or may not be married to Duhamel’s man of mystery which also keeps things interesting.

The score isn’t especially memorable but it works for the movie and is suitably exciting during the many set-pieces.

Overall, Blackout won’t win any prizes for originality but it’s still a fun ride with Josh Duhamel proving an appealing lead and it has enough action and violent deaths to keep genre fans entertained.