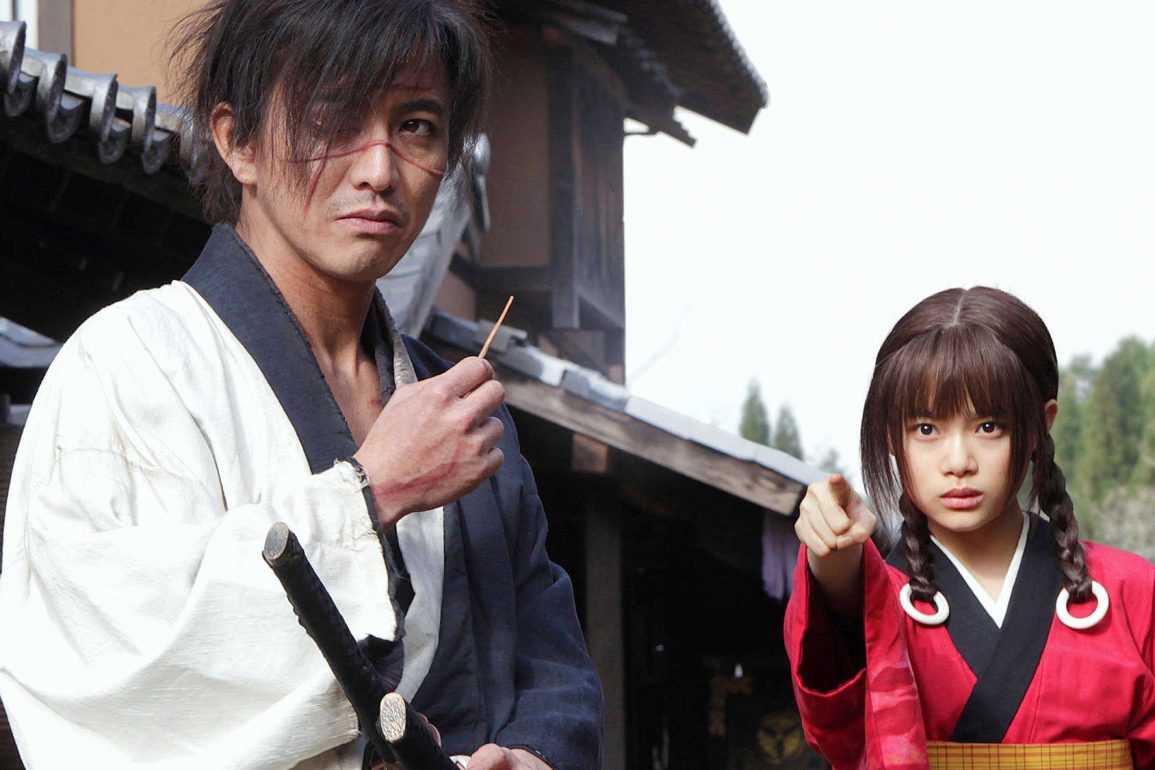 Blade of the Immortal is one of the best movies of the year with a high bodycount and plenty of style.

Plot: Manji, a highly skilled samurai, becomes cursed with immortality after a legendary battle. Haunted by the brutal murder of his sister, Manji knows that only fighting evil will regain his soul. He promises to help a young girl named Rin avenge her parents, who were killed by a group of master swordsmen led by ruthless warrior Anotsu. The mission will change Manji in ways he could never imagine.

Review: Takashi Miike’s 100th movie Blade of the Immortal has been lavished with praise since it came out a few weeks ago so I thought it was time I sat down and gave it a watch.

I’m pleased to report that it is destined to become a modern samurai classic with memorable characters and lashings of blood.

Takuya Kimura is unbelievably badass as the immortal lead Manji; a man known as the Hundred Killer after his exploits in the opening scene of the film where his sister is slain. Many years later he meets a young girl called Rin who wants him to avenge her parents. He agrees because she reminds him of his sister so the adventure and slaughter begins. He is a man of few words and lets his blade do most of the talking which is profoundly satisfying.

I’m pretty sure the bodycount for this movie is around 300 so samurai fans are going to lap this up. Limbs are chopped off at regular intervals and the battles range from one on one sword fights to one vs. many making the movie essentially a 2 and a half hour sword fight.

Admittedly it is far too long and I found Rin’s (Hana Sugisaki) constant shouting grating which made her quite unlikable. She mostly just stands around crying while Manji kicks everyone’s ass.

I liked the main villain Anotsu Kagehisa (Sôta Fukushi) who despite having flaws ends up being more interesting than you’d first expect and is every bit the badass that Manji is… without the immortality.

The movie surprised me with its sense of humour too which some nice dialogue moments as well as some gentle character moments. A particular favourite is when Rin is mourning the death of her family and Manji sits down in front of her and says “if you need a shoulder to cry on, use mine” making him immediately appealing as our cursed hero.

Overall, Blade of the Immortal is a little too long but is still one of the best action movies you’ll see this year and a satisfying 100th movie from a master director.