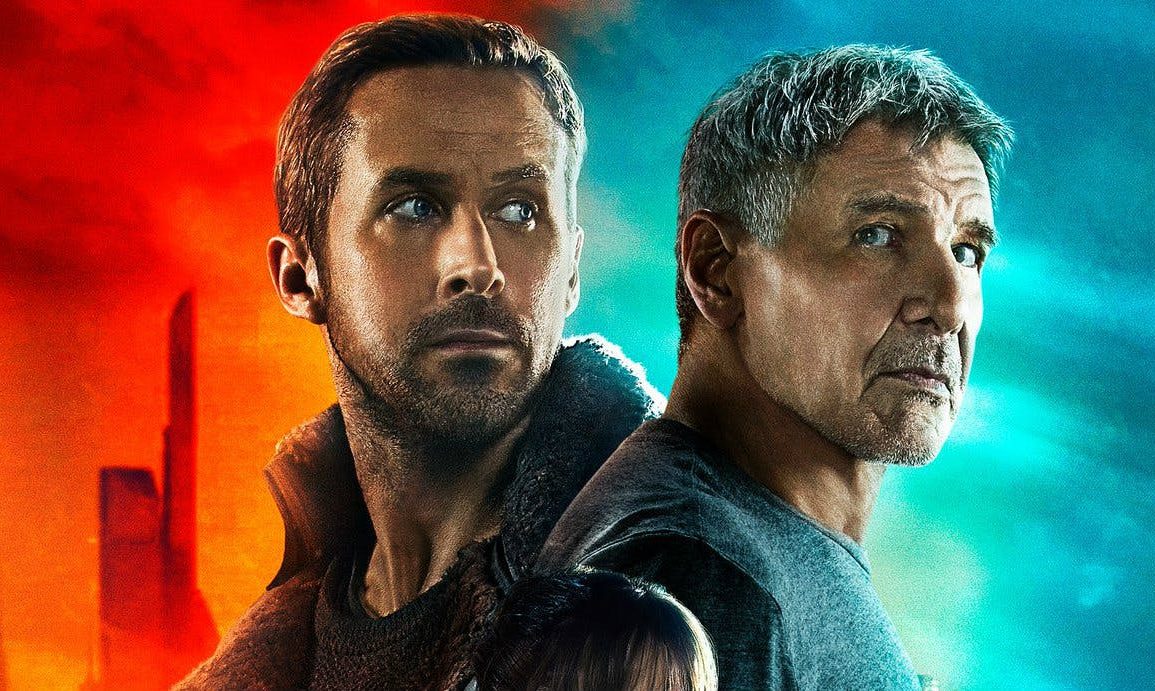 Blade Runner 2049 is a visually stunning sequel that very much lives up to the original and in many ways surpasses it.

Plot: Officer K (Ryan Gosling), a new blade runner for the Los Angeles Police Department, unearths a long-buried secret that has the potential to plunge what’s left of society into chaos. His discovery leads him on a quest to find Rick Deckard (Harrison Ford), a former blade runner who’s been missing for 30 years.

Review: The original Blade Runner went from box office dud to cult classic and is now seen as one of the greatest sci-fi movies of all time. The visuals, music and poetic nature of the dialogue are talked about with reverence today and it still holds up. But here’s my confession… although I admire it, I’ve never actually liked it. I think it looks amazing and like I said the music, atmosphere and themes are all spectacular but I always found it rather boring. Now, I don’t need explosions every two seconds and I enjoy cerebral sci-fi (with a hint of neon soaked noir) as much as the next guy but watching Harrison Ford going through (a very slow) microfiche is just plain dull. Also, he goes up and down stairs an awful lot and stares out of windows looking pensive at regular intervals which just gets tedious after a while.

Anyway, enough about the original movie; what of this belated sequel? Well, here’s what surprised me about Blade Runner 2049; I think I prefer it to the original. There I said it. Why? Stuff actually happens in it; there are several action sequences including some fist fights and a bombing scene in a dystopian looking San Diego which was just incredible to behold.

There were several points where I muttered “holy shit” at how stunning every scene looked; the set design, lighting and special effects were out of this world and watching it in IMAX was the only way to see this film. My ribs were literally shaking at several points due to the sheer noise and I loved every moment.

Not only do we get the most stunning visuals you’ll see this (or any) year but the score from Benjamin Wallfisch & Hans Zimmer is extraordinary. It has hints of Vangelis but still sounds very much like Zimmer. I could understand why some wouldn’t like it as it’s noisier (and at times intrusive) but the way it helps to immerse you into this world is jaw dropping.

The funny thing about this movie is that like the original it is quite slow at times and as several critics have stated it is indeed a little over long. We also get another microfiche scene which didn’t help the pacing but when a film is as bold and daring as this then then I can’t just dismiss it.

It feels like a Blade Runner film so not only does it look like it takes place in the same world as the original but also lets us see what the country is like outside of the devastated Los Angeles.

The story expands on the themes of humanity, artificial intelligence and our relationship with technology but also how corporations have essentially taken over the world. Of all the dystopian worlds we see in movies I think the Blade Runner universe is the most believable, which is a depressing thought.

Seeing the mixtures of advanced and archaic technology was a nice touch and made it all the more identifiable as a potential future… I just hope it’s not in my lifetime.

The cast are all at their absolute peak with Ryan Gosling proving a worthy successor to Harrison Ford, playing K as a lonely Blade Runner whose only company is a holographic girlfriend, which just makes him more appealing as a character.

I have to give credit to Ford for also giving one of his best performances to date, giving Deckard extra gravitas; we actually see him cry which is something we don’t see very often from him. I know a lot of people don’t like Jared Leto but I thought he was phenomenal in this movie and incredibly creepy as Niander Wallace. You know as soon as he is on-screen that this is not a good man and he oozes cold menace every second; his voice was spot on too giving him an eerie coldness.

Denis Villeneuve is proving himself one of the best directors working today and he had a momentous task of creating a sequel to one of the most beloved sci- fi movies of all time. I have to tip my hat to him as I think he rose to the occasion and then some creating a masterful sequel that expands and improves the world of Blade Runner.

Overall, Blade Runner 2049 is frankly a stunning achievement; yes, it is painfully slow at times but there is enough action as well as spectacular visuals and music to keep even the most ADD addled brain interested.