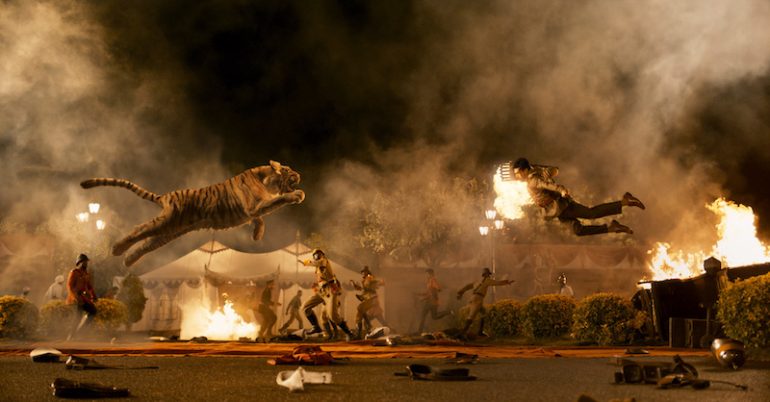 Blockbuster RRR Returns to U.S. Cinemas for One Night Only!

Variance Films and Potentate Films have announced that they will team up with distributor Sarigama Cinemas for a “last chance” theatrical re-release of master filmmaker S.S. Rajamouli (Baahubali 1 & 2, Eega)’s epic action blockbuster, RRR (Rise, Roar, Revolt), to hit select theaters across the US for one night only on Wednesday, June 1st.
RRR was unleashed upon theaters on March 24, 2022 to massive success, grossing over $14 million in North America, $140 million worldwide, and becoming the number three film of all time in India in just 40 days. So why re-release a six-week-old movie? Because a lot of people missed the boat – while diaspora audiences flocked to theaters on opening weekend, the buzz has been building more slowly for the action audience, and the crowded release schedule has moved the film off-screen in many places.
A film as big as RRR deserves a screen and sound to match it, so the RRR #encoRRRe will give audiences one last chance to see the film on the big screen in over 100 select theaters across the country including key independent and art house theaters like NYC’s IFC Center, Alamo Drafthouses across the country, and select major chain locations. The film will be presented in its original and uncut Telugu-language version, with select theaters featuring an incredible Dolby Atmos sound mix. 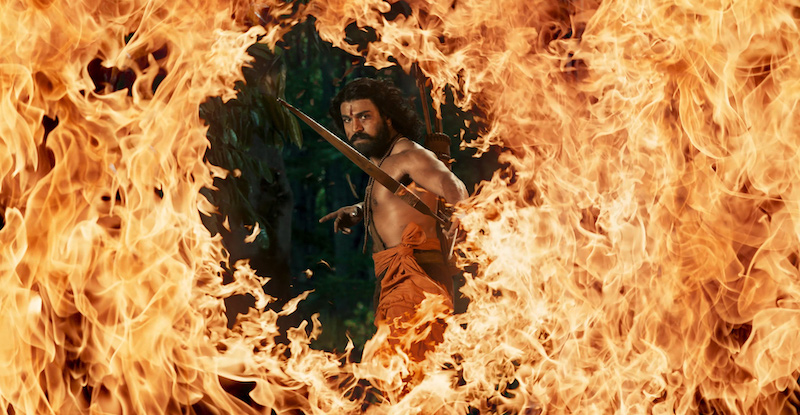 “Over my career, I’ve been fortunate to work on some of the best films from Asia, from Train to Busan to Ip Man to Drive My Car, and I hope that gives me some credibility when I say that RRR is not just an incredible achievement in Indian cinema, but the best big-budget film I have seen – from anywhere – since Mad Max: Fury Road,” said Variance Films founder Dylan Marchetti. “RRR is the kind of film that movie theaters were built for, and Variance is proud to help give everyone one last chance to see it as it was made to be seen: big, loud, and with a cheering audience.  America, I beg you, please do not deny yourself the joy that comes with a ticket to this movie.”
“From the very beginning of my career working with South Asian films, it’s been a dream of mine to bring the very best of this rich film culture to the largest audience possible. I cannot imagine a greater event to launch Potentate Films than introducing American audiences to RRR, the greatest work from India’s visionary cinematic force, S. S. Rajamouli,” said Potentate’s Josh Hurtado. “Having worked to get Rajamouli’s films in front of international viewers since Eega in 2012, I know that the time is long past due to bring this filmmaker’s one of a kind talent for an immense cinematic explosion of action and emotion to the people. This is big screen magic, an experience that demands and rewards the communal experience in ways you’ve never seen or felt. Do not miss this.” 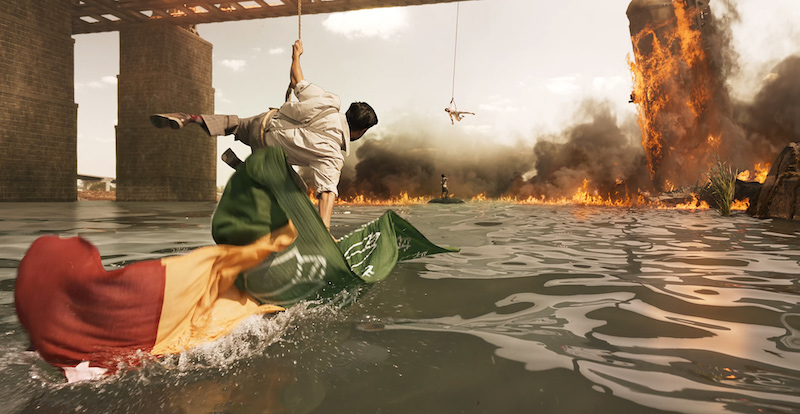 RRR is an exhilarating, action-packed spectacular mythologizing two real-life freedom fighters who helped lead India’s fight for independence from the British Raj, Komaram Bheem (N.T Rama Rao Jr., aka Jr NTR) and Alluri Sitarama Raju (Ram Charan).  Set in the 1920s before their fight for India’s independence began, RRR imagines a fictional meeting between the two, set into motion when a young Gond girl is stolen from her village by British soldiers.  With a powerful message, staggeringly choreographed action sequences, and an all-timer of a musical number, RRR is sheer big-screen joy from start to finish.
A DVV Entertainment Production, RRR is written and directed by S.S. Rajamouli from a story by K.V. Vijayendra Prasad, produced by D.V.V. Dayana, with music composed by M.M. Keeravani.