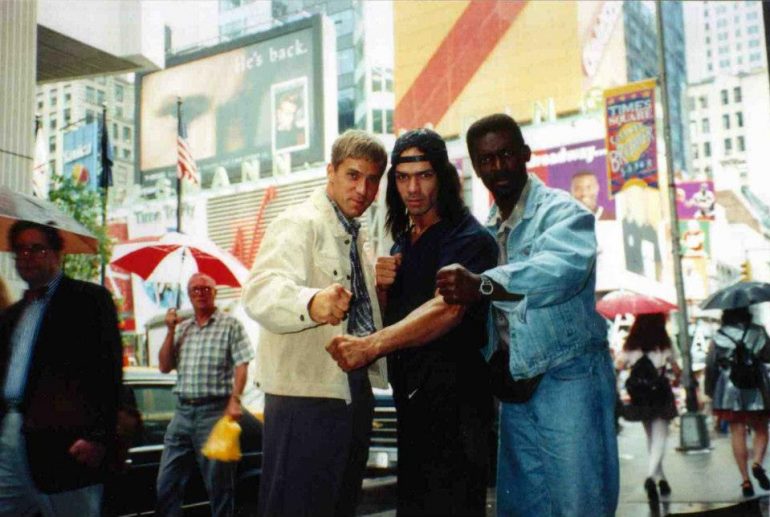 Plot: Martial arts action film finds a retired detective returning to action to stop a martial arts master with steel fingers who is killing champions from all sports.

Gary Daniels, Chuck Jeffreys and the late great Darren Shahlavi star in this massively entertaining 90’s martial arts actioner with Darren as an awesomely deranged villain. He plays a serial killer who wears a mask, has long hair and laughs theatrically a lot while fighting anyone he deems worthy… and yet he is not without a code of honour.

The fight scenes are extremely impressive, especially between Darren and Gary; they are both incredibly fast and their final fight scene is legendary. Darren has an amazing swordfight about half-way through the movie too and it really demonstrated his martial arts skills.

I almost had to put the fights in slow motion because Gary Daniels was that fast; he’s an incredibly gifted martial artist and this remains one of his very best movies.

I wasn’t entirely convinced by Chuck Jeffreys as the struggling magician/cop; that was rather lame and super cheesy but on the other side of that, it just made the movie even more fun.

Nina Repeta was a surprise as you think she’s going to be the squealing female love interest, but she ends up being a bit of an ass-kicker; her story doesn’t exactly have a happy ending though, which was a surprising twist.

It’s filled with R rated violence too with Darren Shahlavi stabbing people with his metal fingers regularly so he is a fantastic villain and to this day is one of my favourite adversaries of Daniels.

One thing I noticed… how come nobody can open a car door in this movie? People are somersaulting into cars, running on top of them but never actually just opening a door normally. But hey! It’s an action movie so opening doors is for commies.

Some of the acting and dialogue maybe aren’t the greatest but you’re not watching this for spiritual enlightenment; we want broken bones and ass-kickery and this movie has it in spades.

After all these years Bloodmoon is still hugely entertaining with Darren Shahlavi chewing the scenery as the over the top as the villain and Gary Daniels beating up bad guys in classic style. Watching it fills me with sadness now as it reminds me of what a shame it was that we lost Darren so young. RIP.