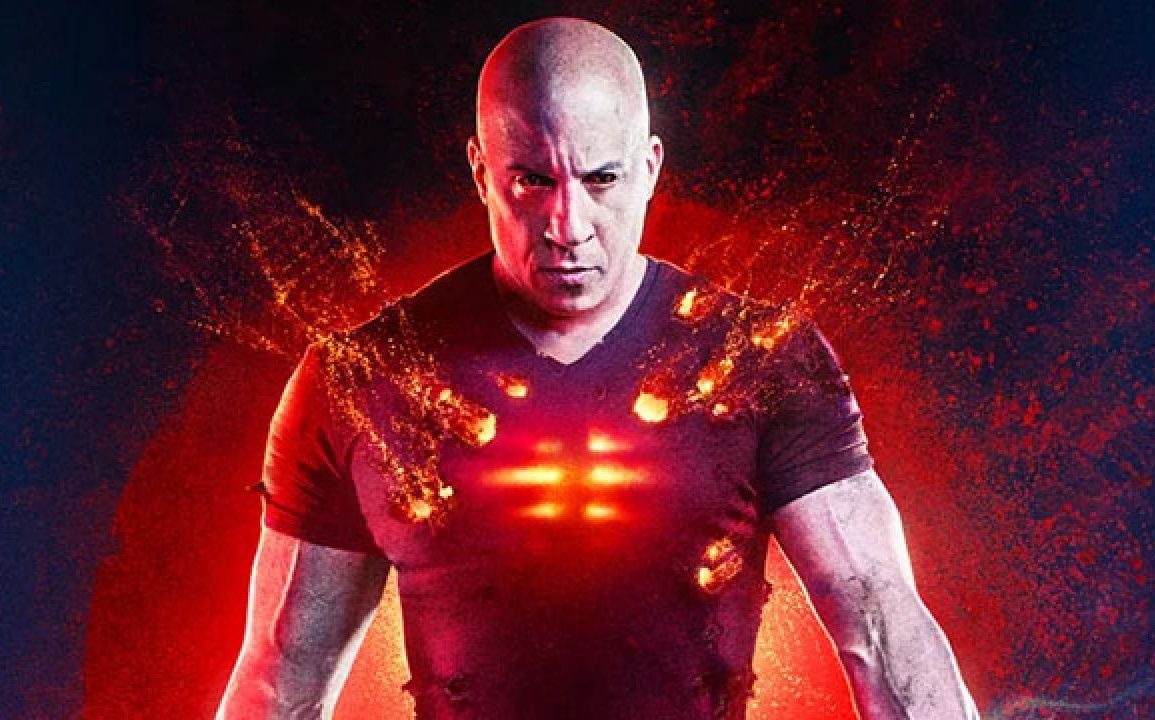 Bloodshot delivers exactly what you’d expect from a Vin Diesel film and watching him beating down bad guys is always a fun time; it’s not all that amazing a movie and you’ll have forgotten it exists within a few days but as it’s going to be slim pickings for a while in terms of big budget cinema releases then there are worse ways to get your action fix.

Plot: After he and his wife are murdered, marine Ray Garrison is resurrected by a team of scientists. Enhanced with nanotechnology, he becomes a superhuman, biotech killing machine – Bloodshot. As Ray first trains with fellow super-soldiers, he cannot recall anything from his former life. But when his memories flood back and he remembers the man that killed both him and his wife, he breaks out of the facility to get revenge, only to discover that there’s more to the conspiracy than he thought.

Review: I rarely get all that excited at the prospect of a new Vin Diesel movie; I still think his best role is Riddick and would gladly watch a new entry in that franchise over another Fast & Furious movie any day. There was talk of The Furyan (a 4th Riddick picture) but so far it hasn’t materialised and I’m not sure we’ll see it at this stage.

But we’re not here to discuss Riddick; today sees the release of Vin Diesel’s new superhero movie Bloodshot which is based on the comic of the same name which I admittedly have never read so this review is purely based on the movie itself.  If you’ve seen any of the spoilery trailers for Bloodshot then you know most of the story which has sadly been ruined leaving very little in the way of surprises.

It’s a shame as there are some mind-blowing visuals and impressive action sequences keeping things moving at a rapid pace. It does however, contain my least favourite kind of fight scene which is the CG characters falling but still fighting which no matter how big your effects budget is it always looks fake because it simply isn’t possible even for superheroes… who also aren’t possible now that I think about it.

Diesel mumbles his way through it and looks angry a lot but I suppose that’s what his audience wants to see and it is nice for him not to talk about “family” for a change. His character Ray Garrison AKA Bloodshot isn’t particularly exciting and has little in the way of depth but as this is an action picture then we aren’t exactly looking for Tolstoy.

Diesel said what appealed about the character was that he is essentially suffering from PTSD but it’s never really explored in any great depth; he does frown a little more than usual I guess.

I always feel like Guy Pearce is better than a lot of the films he stars in as he is one of my favourite actors; he is on villain duties in Bloodshot and elevates the material as he always does. I also loved the character of KT played by Eiza González who manages to be both stunning and badass getting her own fight scenes in the second half of the film.

I thought the character of Wilfred Wigans got a little annoying after a while as he was the unnecessary comic relief; he was hardly Jar Jar Binks bad but his dialogue just wasn’t all that funny and I find the whole fast talking computer nerd thing has been done to death.

At an hour and 40 minutes it’s refreshingly fast paced and doesn’t overstay its welcome; there are also enough intense moments and cool action sequences to keep genre fans satiated.

Steve Jablonsky’s score is arguably the highlight of the movie and it really kicks into high gear during the climactic action scenes.

Bloodshot is very much open for a sequel and a potential new franchise but will it be a box office hit? There weren’t too many people in my theatre tonight and I wonder if a certain virus is putting people off going to the movies.

Overall, Bloodshot is slickly made with some impressive action scenes and visuals; it doesn’t really stand out in terms of other larger budget superhero flicks but there isn’t much else worth seeing at the moment on the big screen in terms of action (and there won’t be for a while it seems) so give it a (blood)shot.