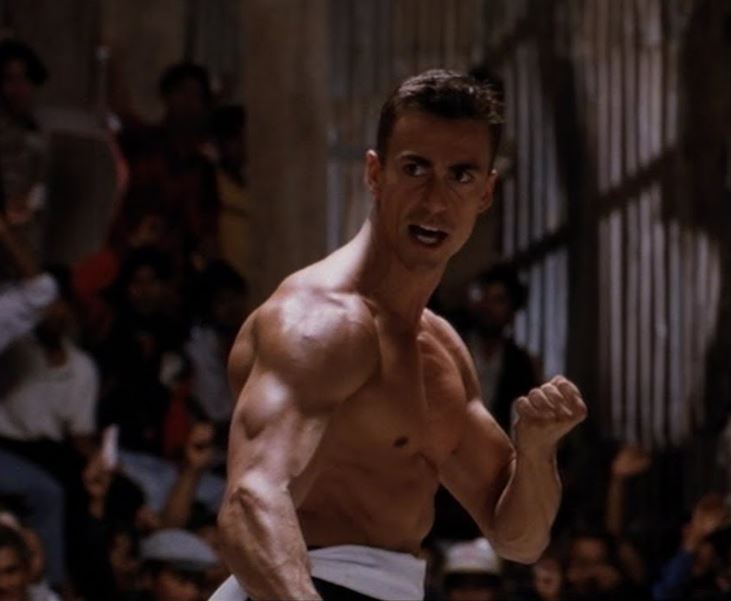 Bloodsport 2 is is a worthy successor to the Van Damme classic; you miss seeing him in it but Daniel Bernhardt is a fine replacement.

Plot: After thief Alex Cardo gets caught while stealing an ancient katana in East Asia, he soon finds himself imprisoned and beaten up by the crowd there. Especially one of the guards, Demien, feels upset by Alex appearance and tortures him as often as he gets the opportunity. Alex finds one friend and mentor in the jailhouse, Master Sun, who teaches him a superior fighting style called Iron Hand. When a ‘best of the best kumite’ is to take place, Demien gets an invitation. Now Master Sun and Alex need to find a way to let Alex take part in the kumite too.

Review: Now here’s a movie that gets a lot on unjust hate; I think people dislike it simply because Van Damme isn’t in it and that’s understandable, but it’s still a damn good martial arts movie with fights that nearly rival the original.

Daniel Bernhardt takes over from JCVD but he’s not playing Frank Dux; thankfully he’s playing a whole new character (Alex Card) and what I liked is that his story is really different from Frank’s, so it doesn’t feel like a simple retread.

At first Alex is quite arrogant and a petty (yet likable) criminal; he ends up going to prison where he is trained to become a great fighter; when he gets out he fights in the Kumite to regain his honour and to fulfill a promise.

Bernhardt is very likable in the role and he does actually look and sound a little like Van Damme at times; he’s got some amazing moves and the fight scenes in general are fantastic.

It’s well paced with good performances and the choreography is excellent.

There’s a nice little piece of continuity with the return of Ray ‘Tiny’ Jackson from the first movie and he has some of the best comedic scenes. He’s just so amiable on screen and I love his banter with the female fighter.

The bad guy this time is called Demon (Ong Soo Han) who is fine but you do pine for the golden days of Bolo. We also get an impressive supporting cast including Ron Hall, Karate Kid’s Pat Morita as well as James Hong and Philip Tan.

Overall, Bloodsport 2 is definitely worth checking out and is a much better sequel than you might expect.