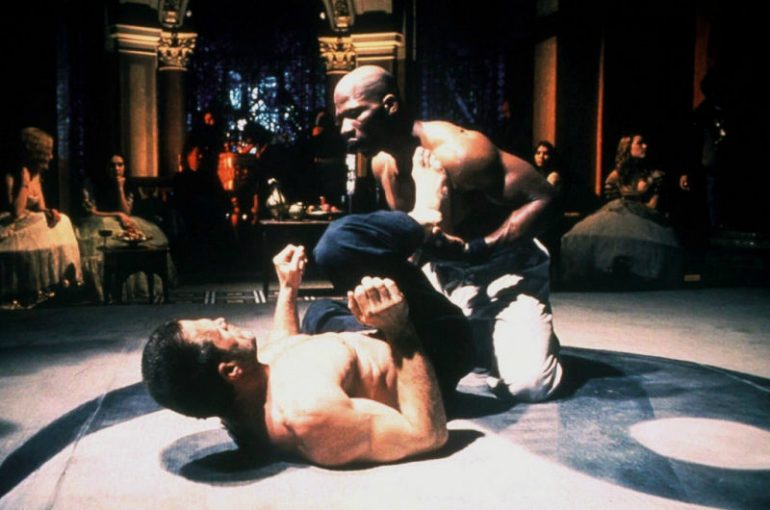 Bloodsport 4 has a few fight scenes which are decent enough and it is at least trying something a little different, but for me this is definitely the weakest of the series.

Plot: Agent John Keller goes undercover into the tough prison known as Fuego Penal to find out about the corpses of prisoners disappearing without a trace. There he gets involved in a dangerous tournament arranged by a man named Justin Caesar, where the prisoners are forced fight to death.

Review: This is the 3rd and final (so far) Bloodsport movie starring Daniel Bernhardt. If you’ve listened to my interview with him from the other day he said he wasn’t that happy with the way the movie turned out and it’s understandable to see why. In no way is it anything like a Bloodsport movie; there’s a particular look and vibe to the other movies which this one doesn’t have.

It feels like 1 big dream sequence and it’s actually pretty dull in places. There aren’t that many fights until the end, which admittedly are cool but by then it is rather difficult to care. What’s with the pimp guy and all the chicks on the huge staircase? The main bad guy is unintentionally funny and lacks any threat whatsoever.

Thankfully Bernhardt is good as always, saving the movie from being completely forgettable by playing a likable character.

It has zero connection to the other movies and just feels like another movie entirely. They could have gotten away with not calling it Bloodsport and it maybe would have worked better.

Using that title makes you think you’re going to get a tournament movie with fighters from all over the world battling it out for honour/glory. Not sure what the idea was behind this one it just ain’t Bloodsport.

Overall, Bloodsport 4 has a few fight scenes which are decent enough and it is at least trying something a little different, but for me this is definitely the weakest of the series.