Blu-ray Details for The Predator

SYNOPSIS: From the outer reaches of space to the small-town streets of suburbia, the hunt comes home in Shane Black’s explosive reinvention of the Predator series. Now, the universe’s most lethal hunters are stronger, smarter and deadlier than ever before, having genetically upgraded themselves with DNA from other species. When a young boy accidentally triggers their return to Earth, only a ragtag crew of ex-soldiers and a disgruntled science teacher can prevent the end of the human race.

THE PREDATOR hits Digital on November 27, with the physical copy release following on December 18. In addition to a solo release, the film will also be included in a special edition PREDATOR 4-Movie Collection with PREDATOR, PREDATOR 2, and PREDATORS.

With the special edition Predator 4-Movie Collection, fans can experience four times the terror with a killer collection of action-packed Predator movies, plus four collector cards of the original film poster re-issue with some of the franchises most iconic quotes on the back. In Predator, Arnold Schwarzenegger wages an all-out war against an extraterrestrial that hunts humans for sport. Then in Predator 2, Danny Glover battles the fearsome creature in the urban jungle of Los Angeles. In Predators Adrien Brody leads a group of elite warriors on an alien planet targeted by a new Predator breed. Finally, in The Predator, Boyd Holbrook discovers that the most lethal hunters in the universe are stronger, smarter and deadlier than ever.

Special features for THE PREDATOR will include 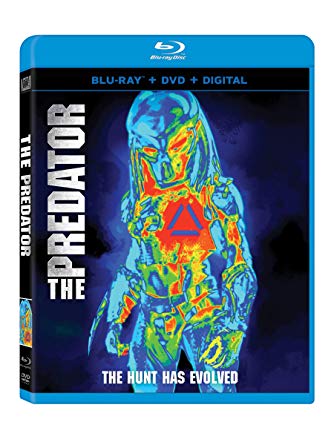