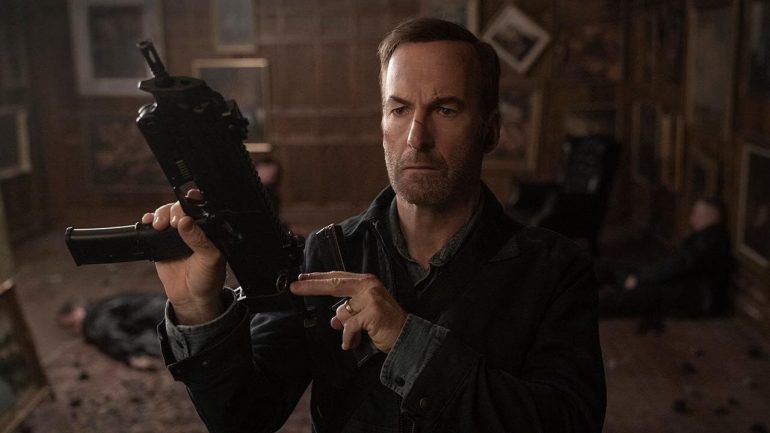 Blu-ray Details Revealed for Nobody

From the writer of legendary action film John Wick, comes NOBODY, the story of an ordinary, family man (Bob Odenkirk, “Breaking Bad”, “Better Call Saul”) who will stop at nothing to defend what is his. NOBODY is available to own for the first time on Digital June 8, 2021 and on 4K Ultra HD, Blu-ray™ and DVD on June 22, 2021 from Universal Pictures Home Entertainment. Bring home “one of the best action films in over a decade” (Scott Menzel, We Live Entertainment) now with exclusive bonus content, including deleted scenes, a look inside Director Ilya Naishuller’s style and sensibility in creating the film, and a breakdown of the stunt choreography.

Hutch is a nobody. As an overlooked and underestimated father and husband, he takes life’s indignities on the chin and never rocks the boat. But when his daughter loses her beloved kitty-cat bracelet in a robbery, Hutch hits a boiling point no one knew he had. What happens when a pushover finally pushes back? Hutch flips from regular dad to fearless fighter by taking his enemies on a wild ride of explosive revenge. NOBODY showcases Emmy®-winner Bob Odenkirk as fans have never seen him before: an average family man who becomes a lethal vigilante unlike any ordinary action hero.

NOBODY will be available on 4K UHD, Blu-ray™, DVD and Digital. 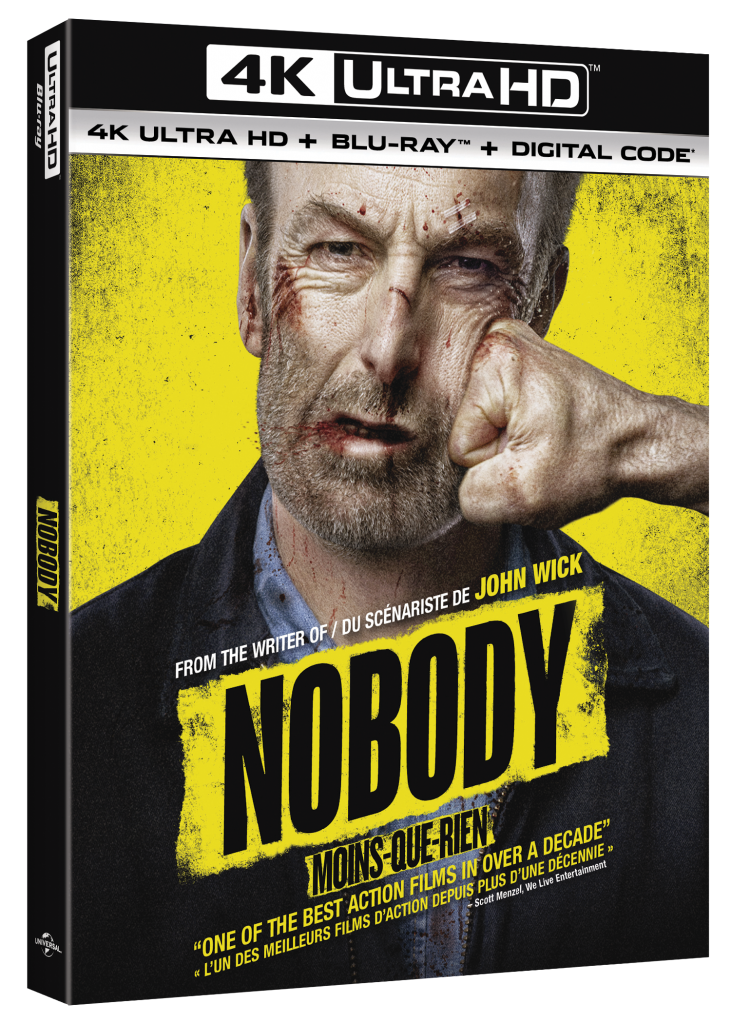